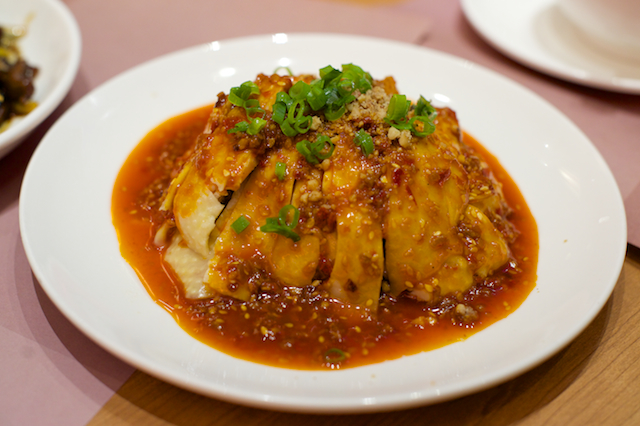 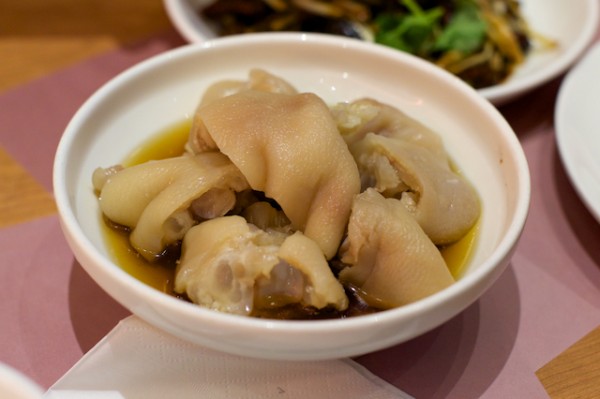 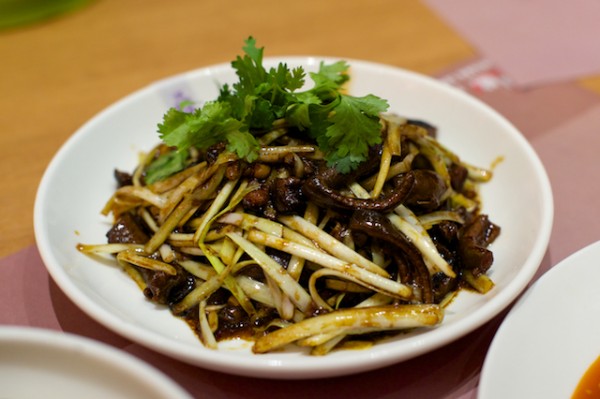 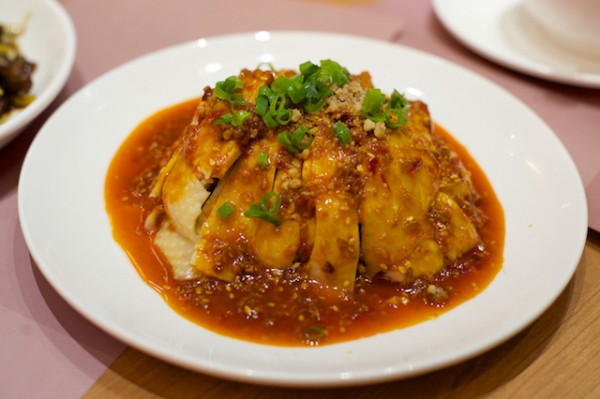 素鵝 – this was a little disappointing.  The only stuffing was sliced mushroom and the stuffing would fall out when you pick it up. 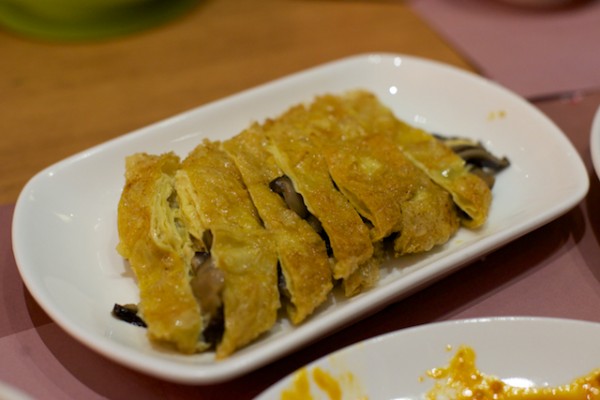 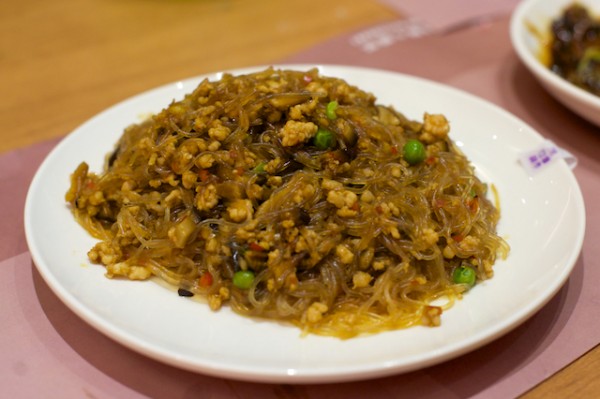 This dish when Galen saw the name he immediately thought it would taste well.  He also felt they did it well. 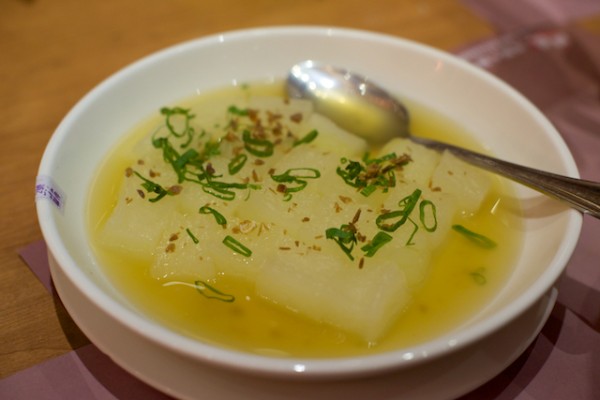 生煎包 – this one wasn’t as good as the restaurant opened by a HK star. 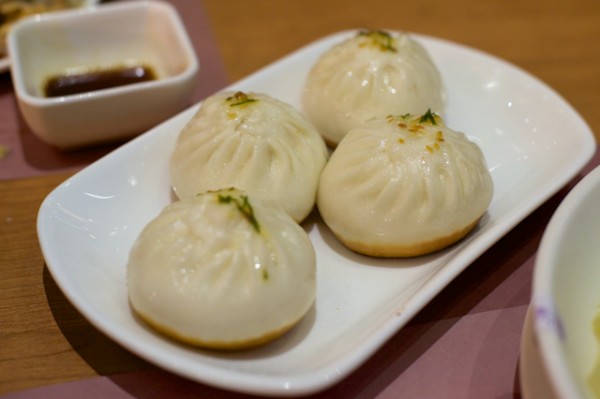 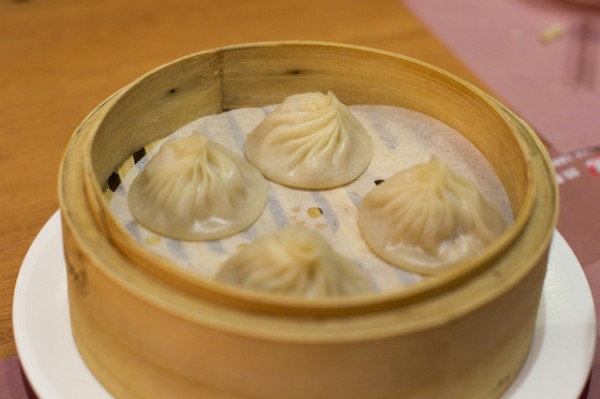 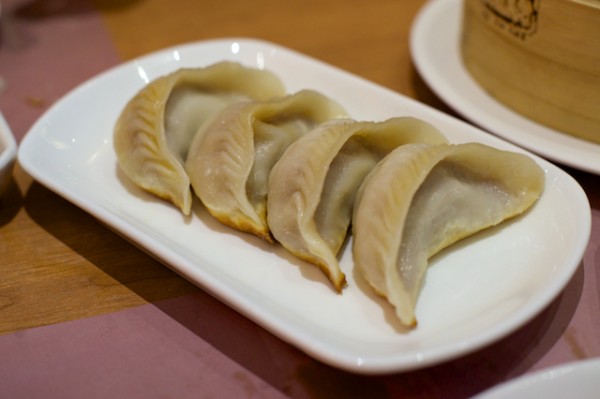 Our waiter messed up our order a bit.  We asked for a regular 上海雲吞but he gave us a 魚湯小雲吞 which was good so no complaints from me there. 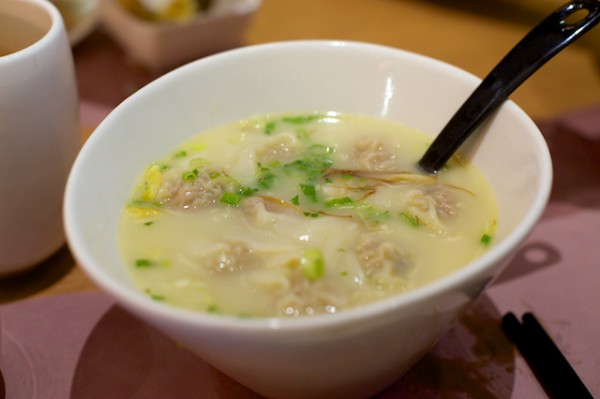 They also set plastic meal set with a frog bowl.  It’s not a cheap place to eat at, but for the delicious meal and customer service it’s worth it.

Too bad Grandpa missed this meal with us since it was tasty.