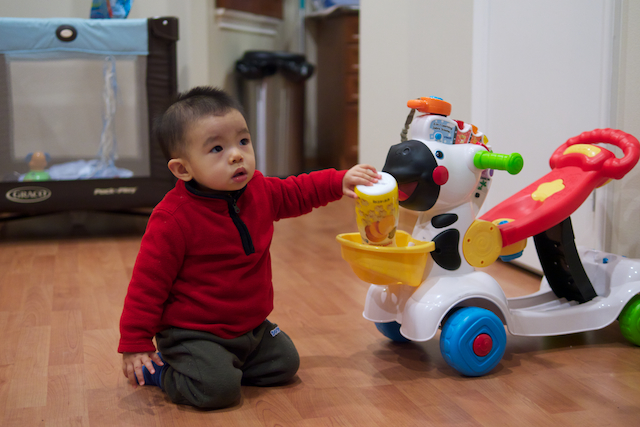 Just last week he finally understood the concept of brushing his hair.  This week he understands when I ask him to get the brush to brush his hair.  He will actually take the time to search for the brush. 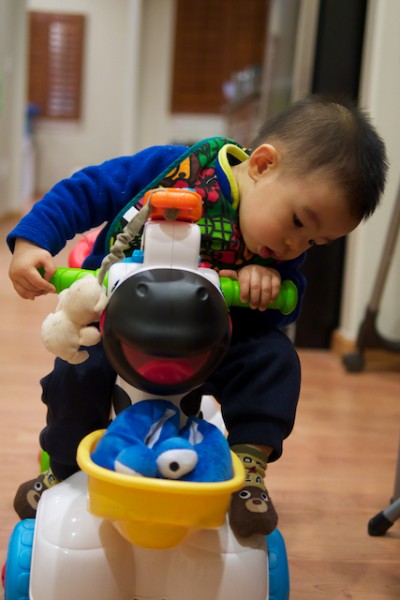 We got new home slippers for Aiden, but within an hour or so he already pulled out the eye of one slipper. 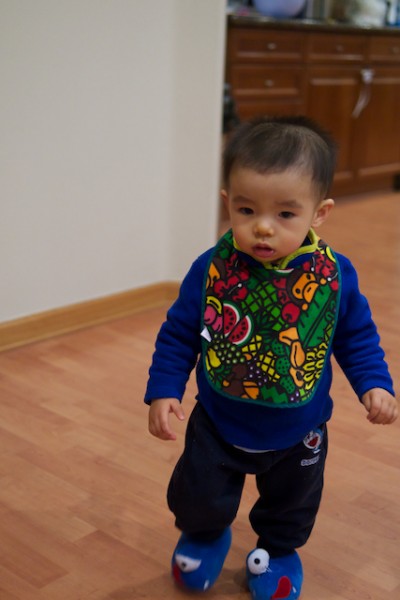 I guess it’s not as comfortable as his bear slippers. 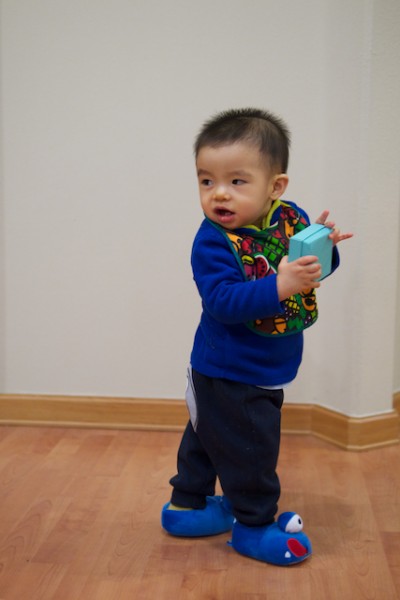 This week he tried lots of new things. 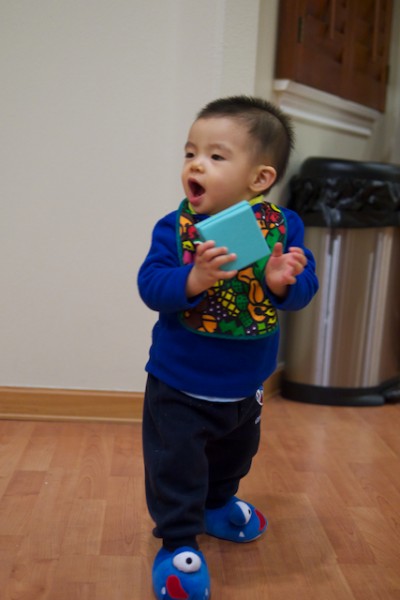 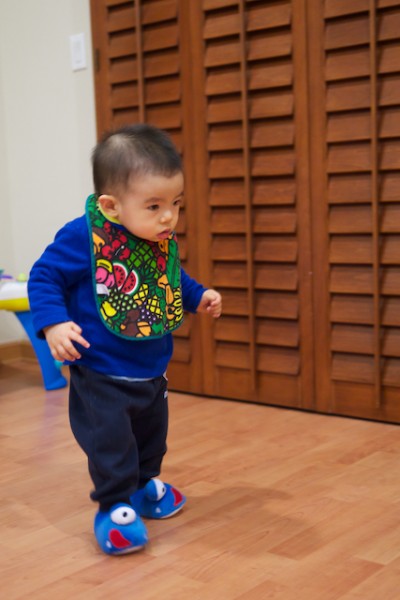 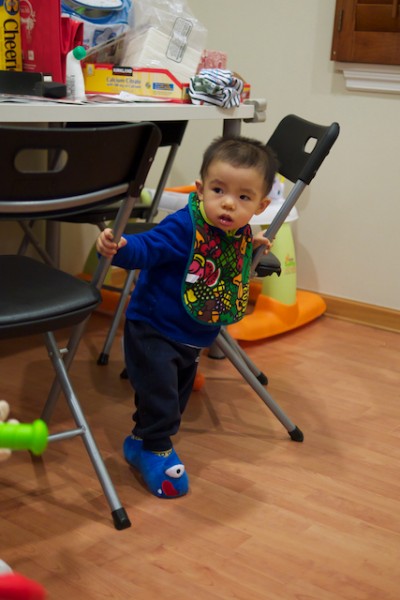 He even tries to say “餅” but it sounds like bang. 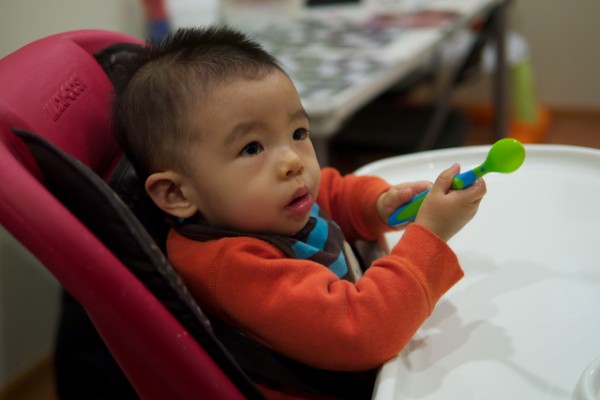 Now we let him use the spoon, under very strict supervision. 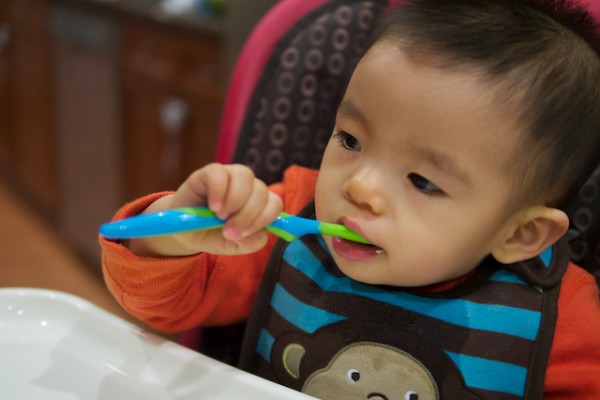 I put the food in his spoon, put the spoon in his hand, then he will feed himself. 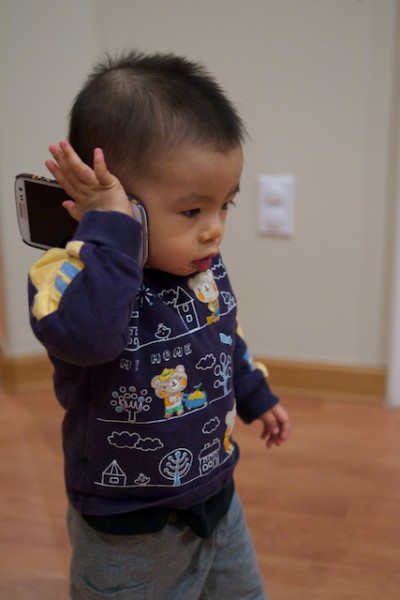 His other new big thing is pretending to talk on the phone. 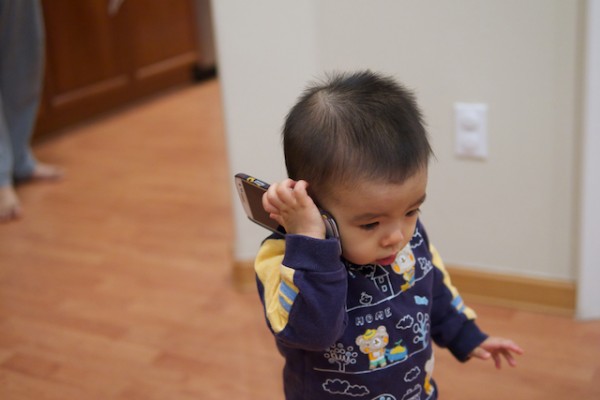 Every time he hears one of us on the phone he will put his hand to his ear and go “eh, eh.” 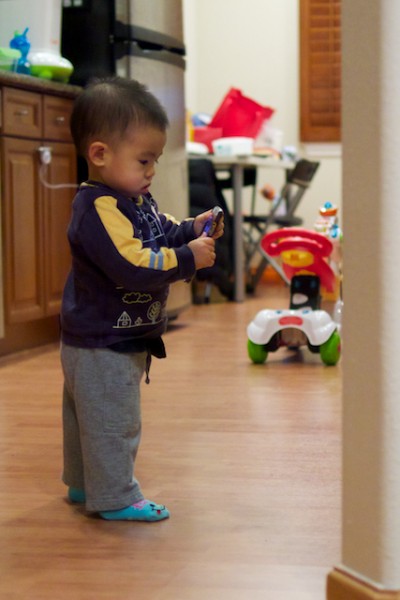 When I turn on my phone, he will want to play “talking on the phone.” 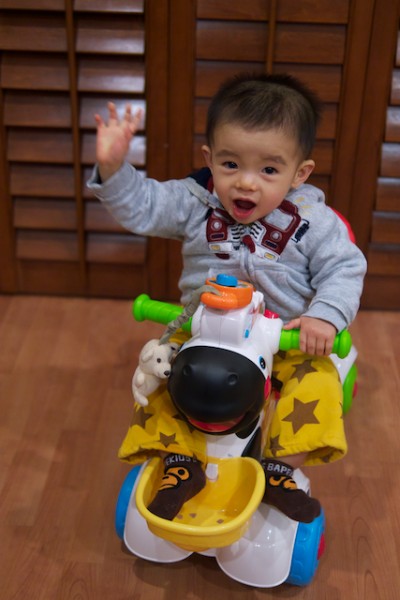 He’s also able to climb onto his zebra ride. 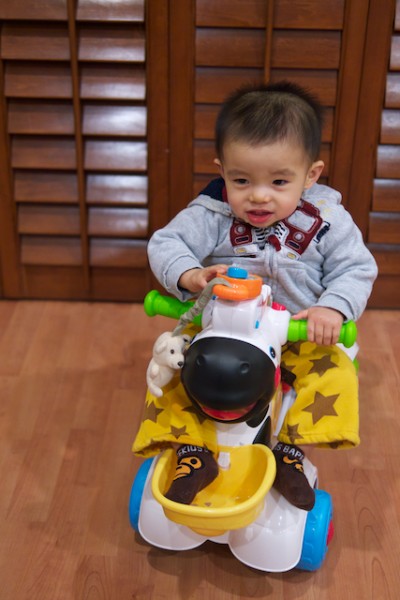 He loves sticking his feet in the basket. 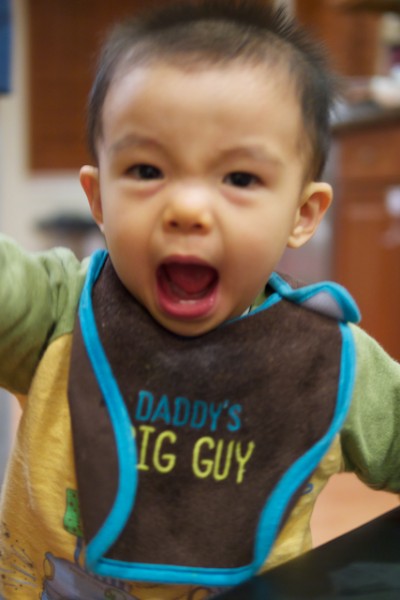 But at times he will yell a bit louder than before. 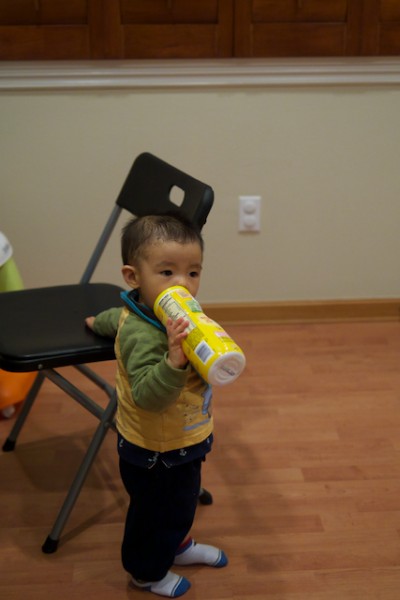 He sees us open the puffs container, and now wants to try and open it himself. 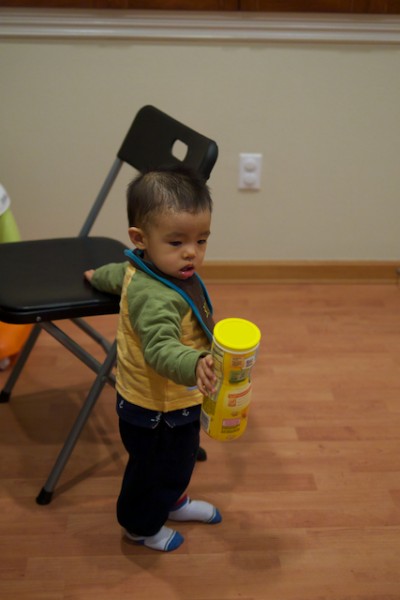 But so far, to no avail. 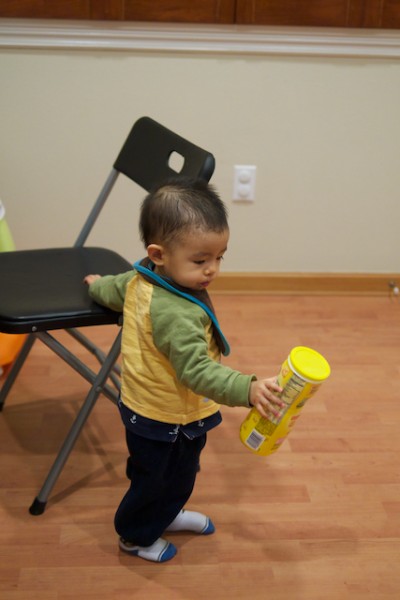 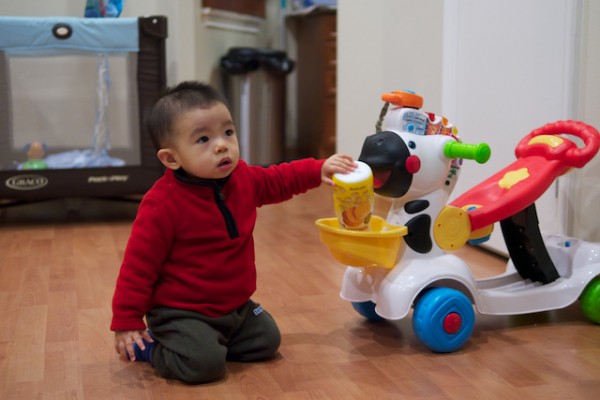 But now he doesn’t need our help to get on the zebra bike.  He can do it all on his own, although sometimes a bit on the clumsy side.