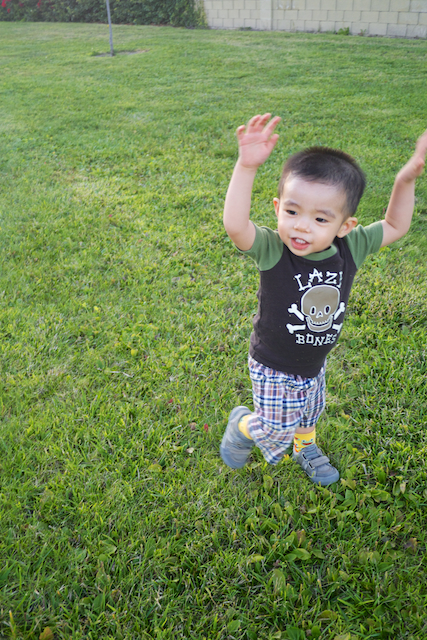 The last few weeks we bought 小紅斑and Aiden loves it. 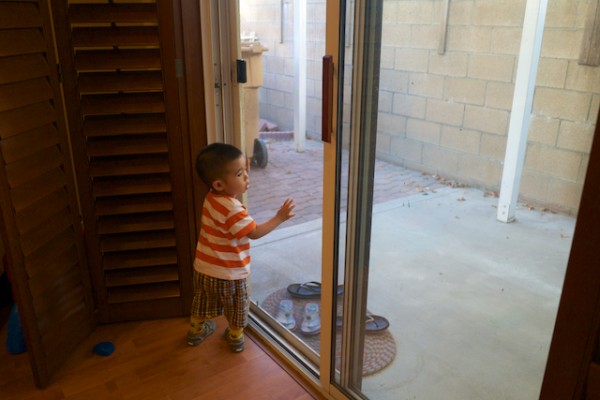 But he is very picky, he likes to eat it in big chucks.  Otherwise he will complain. 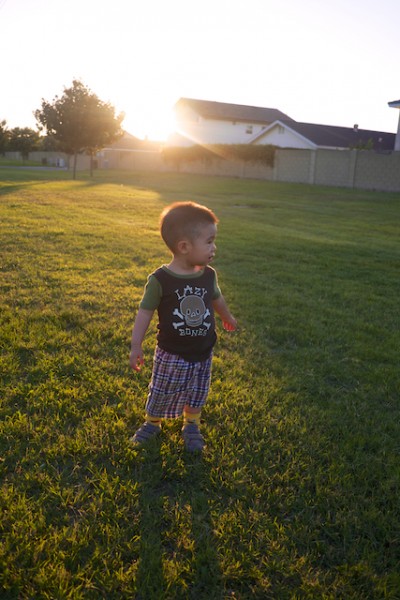 I even prepped the fish (with gloves on) for Aiden.  Being a Mommie means putting away some of your fears. 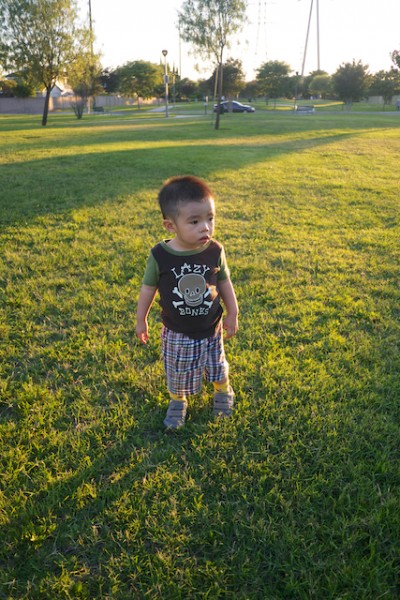 I may not be able to put away all fears, like my fear of dogs so going to the park is a little scary. 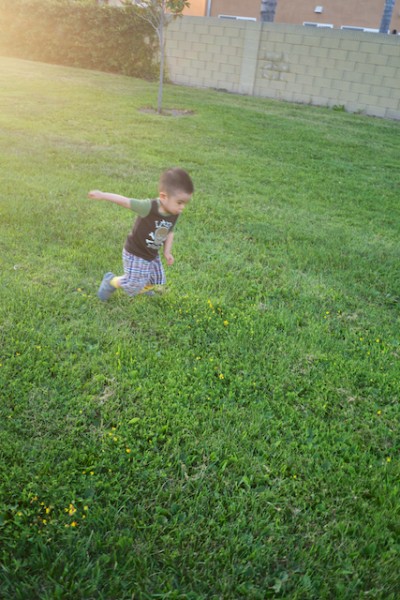 Gotta watch Aiden and check the surroundings for….dogs!!!!! There were lots of them. 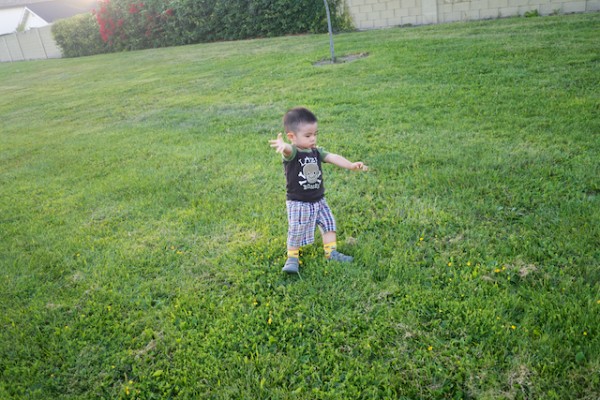 Especially when it was time to leave, there were a few big dogs and one or two of them the owners weren’t holding onto the dog’s leash. 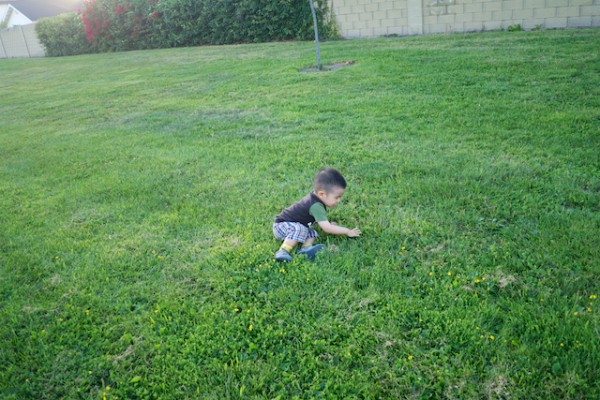 Anyhow, Aiden spent a good half hour at the park doing a variety of activities. 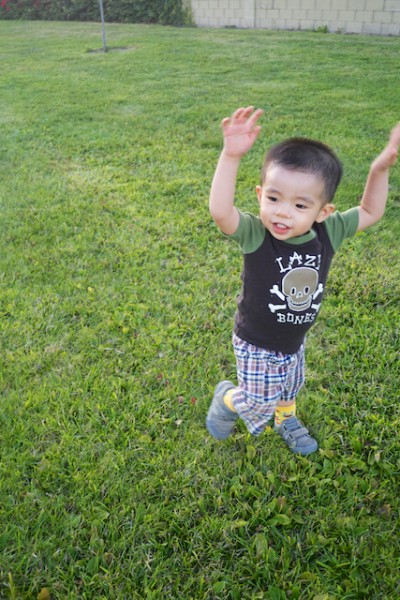 He was a lot braver and into the different activities this time.  He even wanted to go down the stairs, and without Mommie. 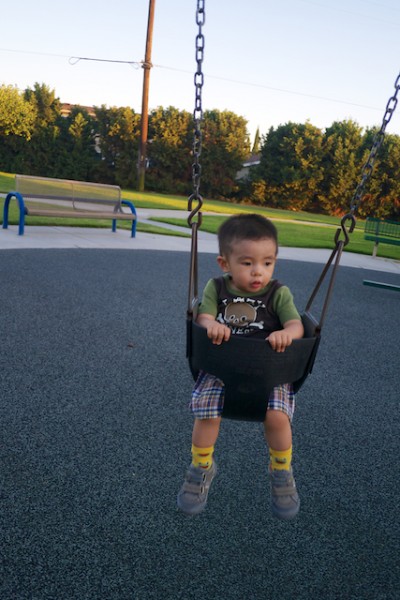 Sometimes after day care Aiden is pretty insistent about playing in the car. 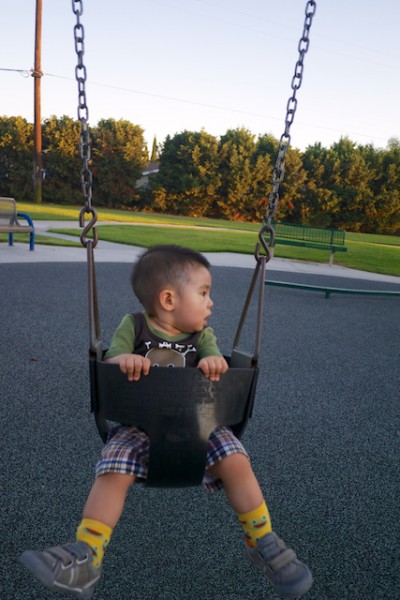 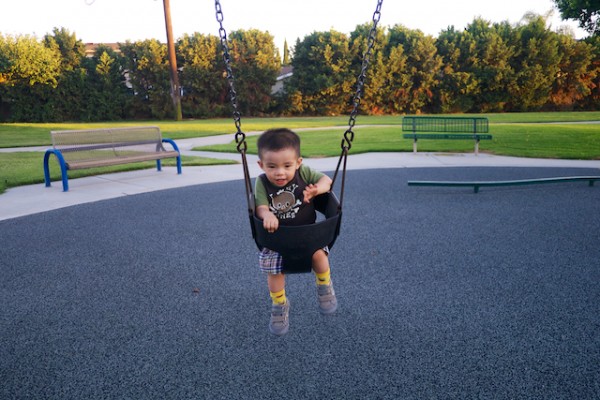 This week Aiden has changed his drinking spot from in front of the sofa to sitting on his step stool in front of his activity table.  He’s very particular too, the musical worm needs to be in front of him. 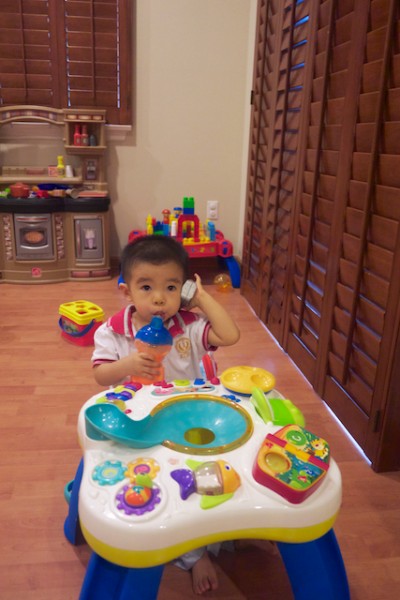 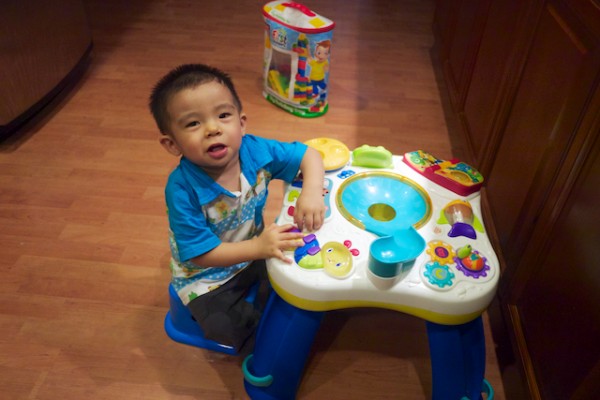 And not just anywhere in the kitchen but right in front of the stove.  Great spot??? 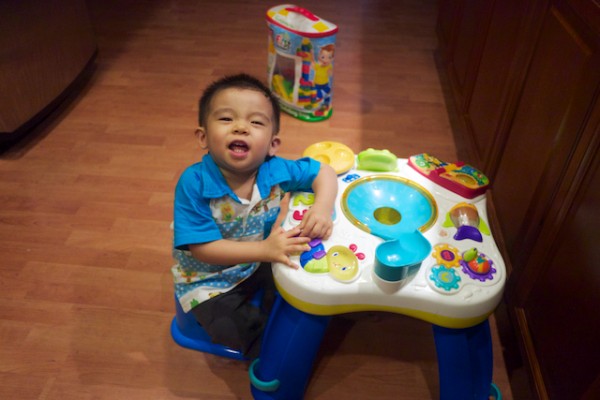 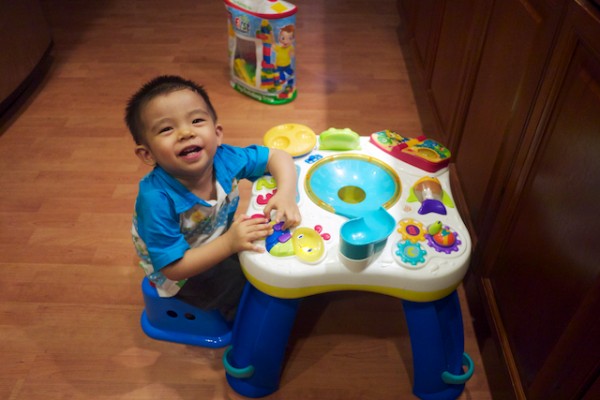 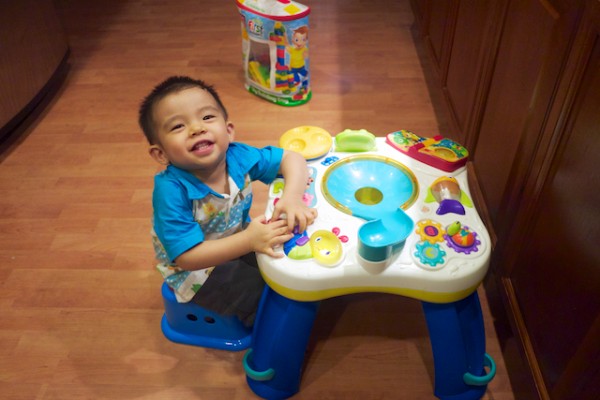 But what I am most relieved about is that he finally allows me to brush his teeth without screaming and fussing.  One night he even continually asked to have his teeth brushed again and again.