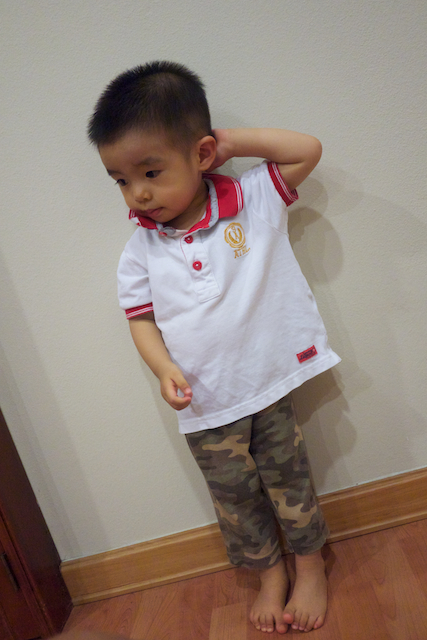 Like I said last week, tough times for the Ma Family. 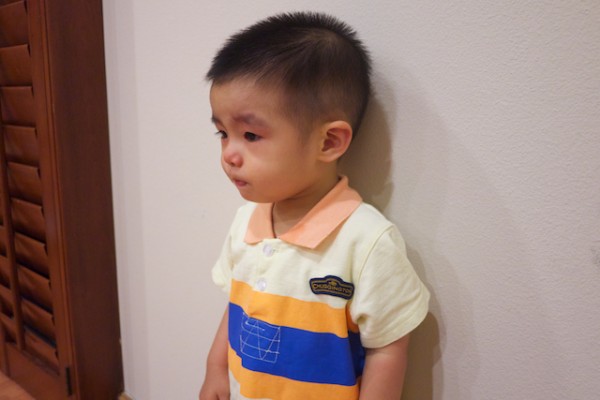 Little Aiden has increased the frequency of testing Mommie and Daddie. 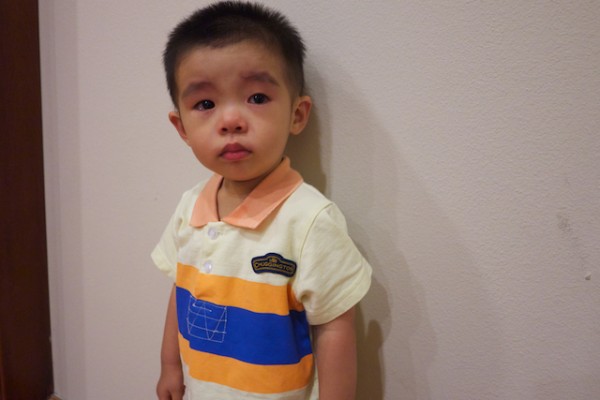 He looks like he is willing to brush his teeth. 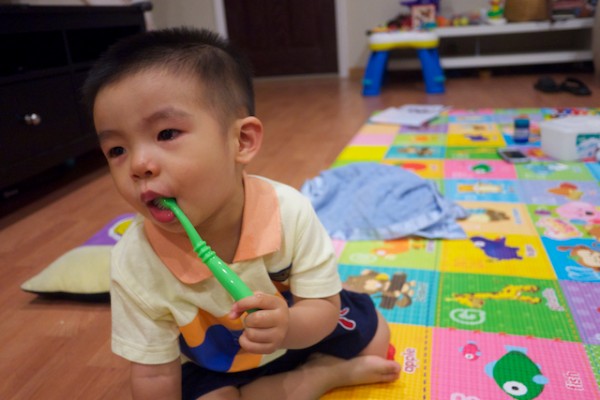 Wrong! It’s a battle every night. 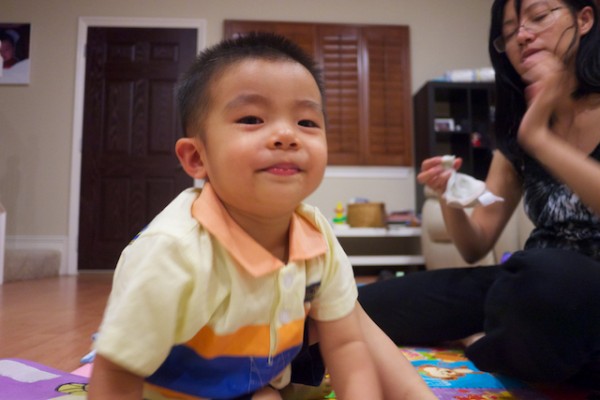 We’ve tried putting him in his high chair to brush his teeth. 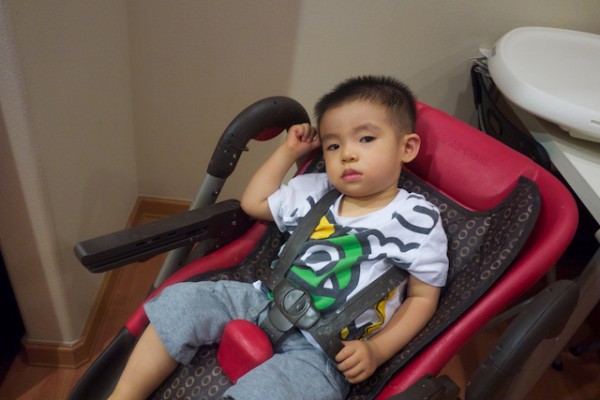 The only time where he seems so proud and willingly to brush his teeth is during facetime with his Grandparents. 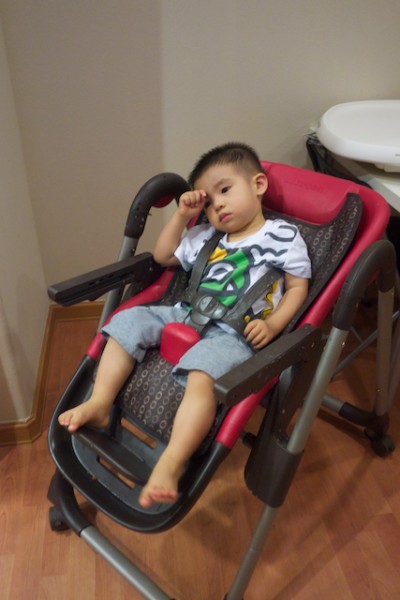 But his mood changes ever so quickly. 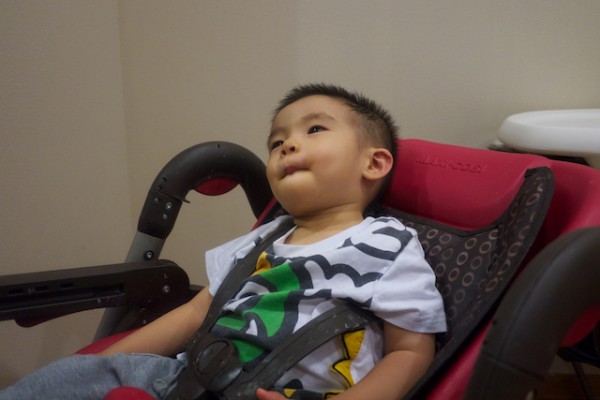 And then he notices he’s on camera. 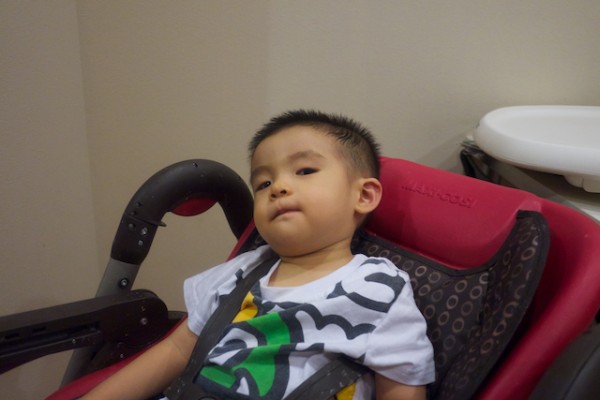 Sometimes he will ask Mommie for help. 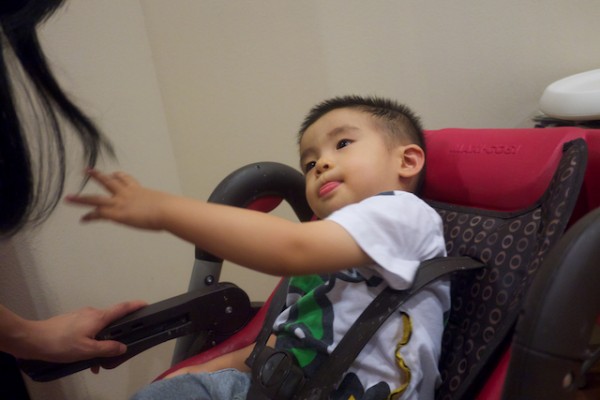 But that’s in vain since Mommie will stand by Daddie’s ruling. 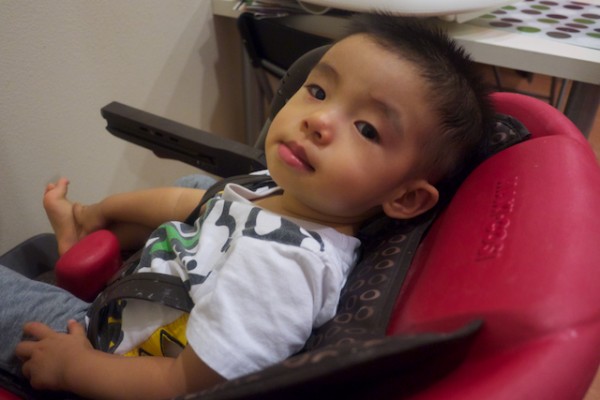 Though it does hurt to see him cry like that. 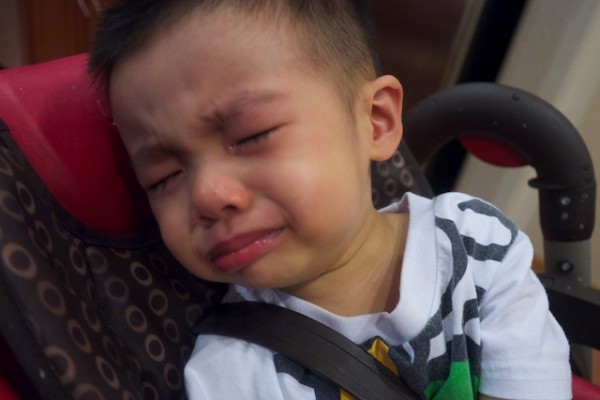 But the whining does drive Mommie crazy, brats are not allowed! 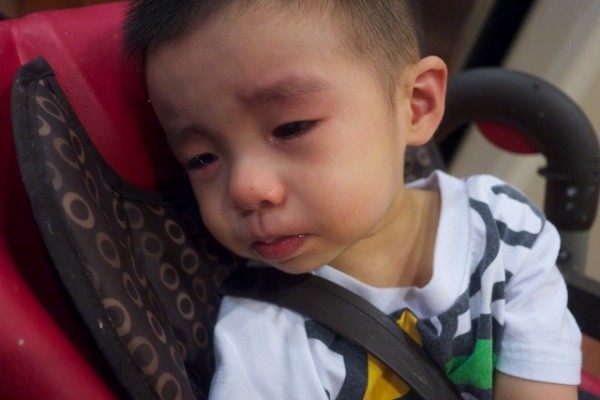 But Daddie is different. 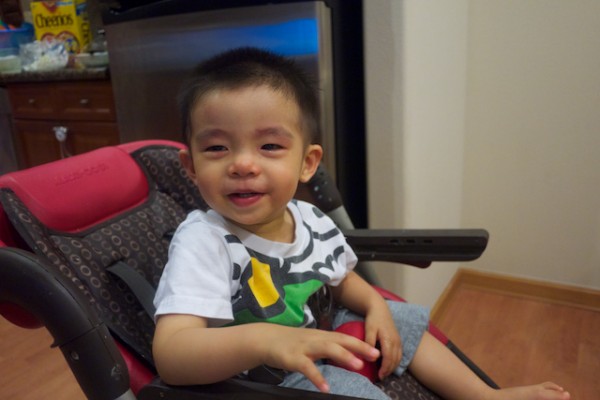 That yelling and screaming doesn’t get to him. 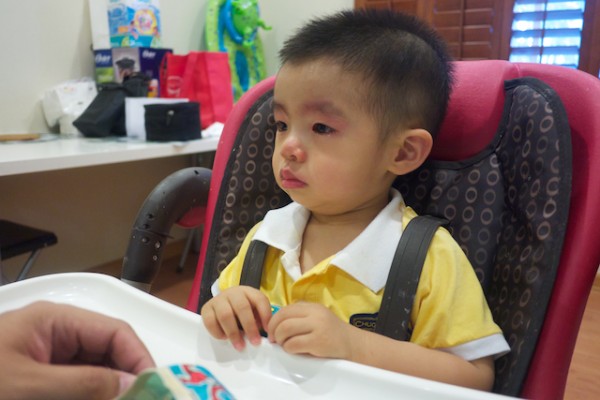 Perhaps guys can just tune that out. 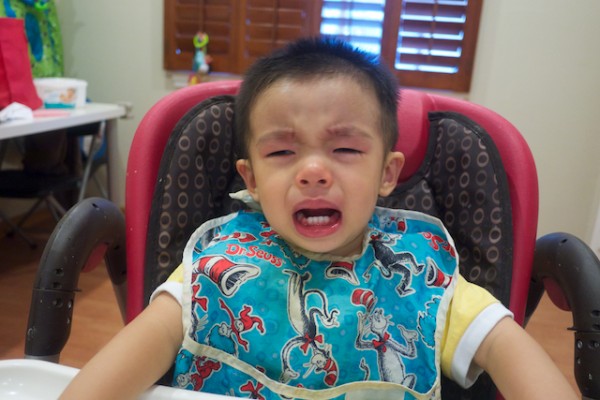 He’s even pouting at times now. 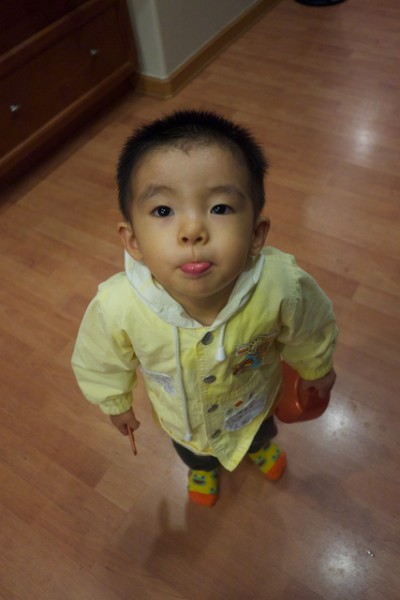 Although this one was a copy cat attempt as he wanted to eat. 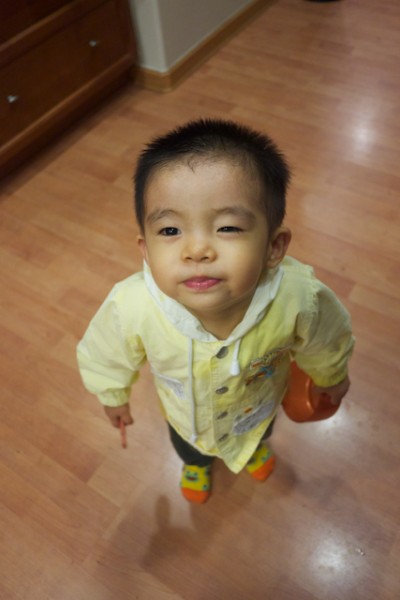 His sad pout really is when he is….sad. 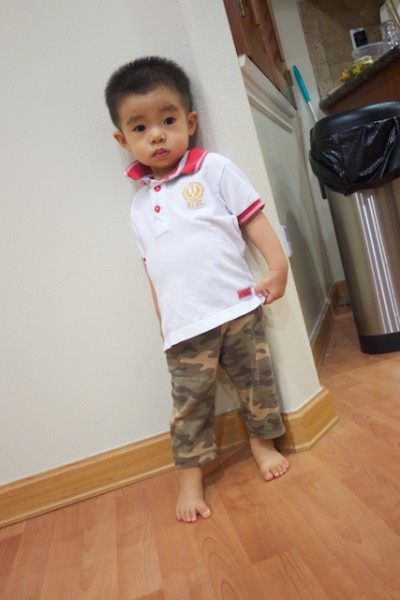 Time out? It sure doesn’t look like it by the way he’s (posing) standing. 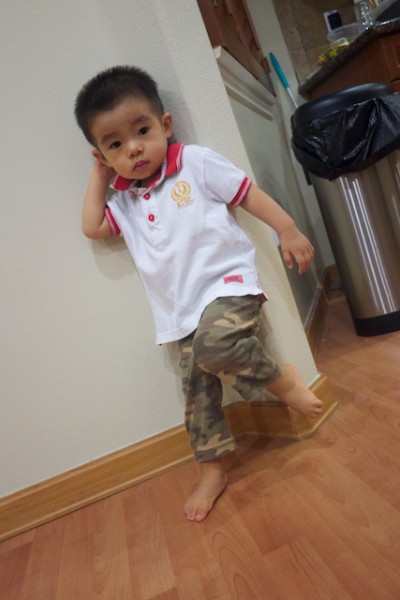 Back to your timeout spot Aiden Ma! 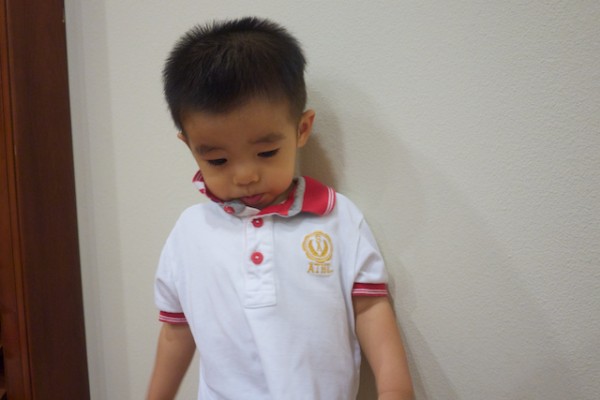 That’s what we’ve had to do when he won’t brush his teeth. 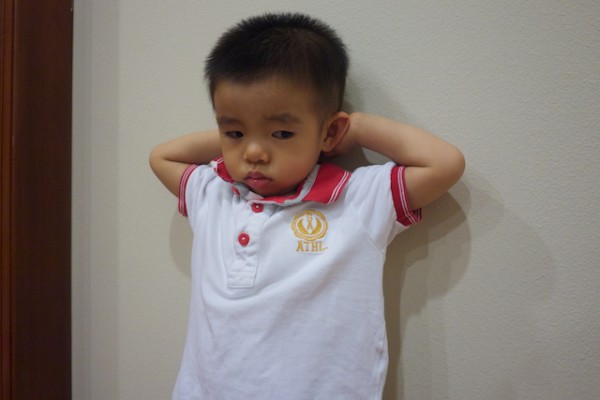 But it doesn’t work. 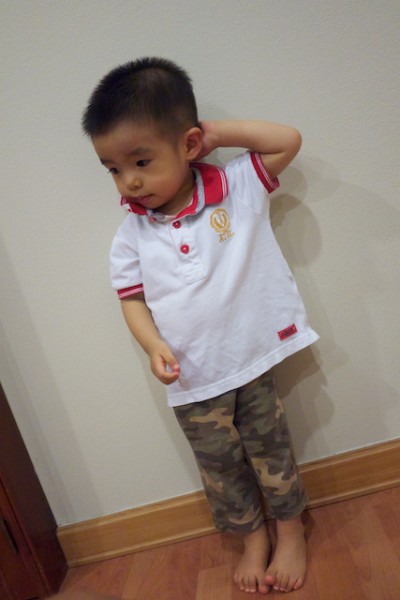 Sometimes when his timeout session is almost done, I’ll start counting to ten. 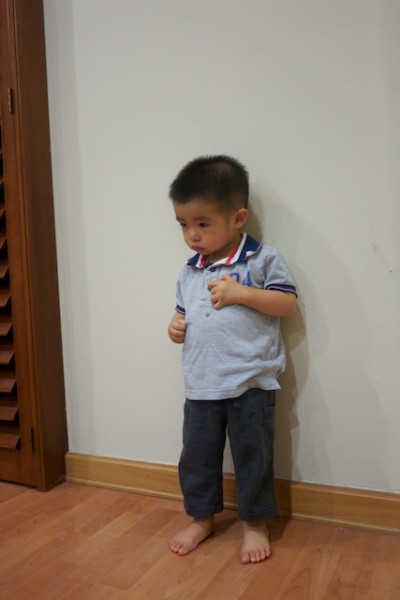 When we reach 10, then he can go.. if he isn’t crying hysterically. 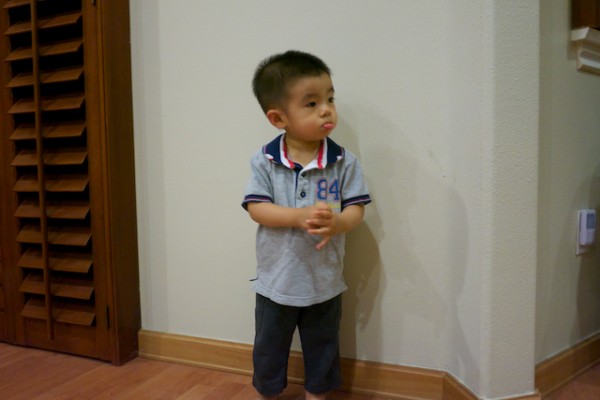 When he’s in time out, he’ll make that hush sound and gesture, but his fingers are always to the nose, not the lips. 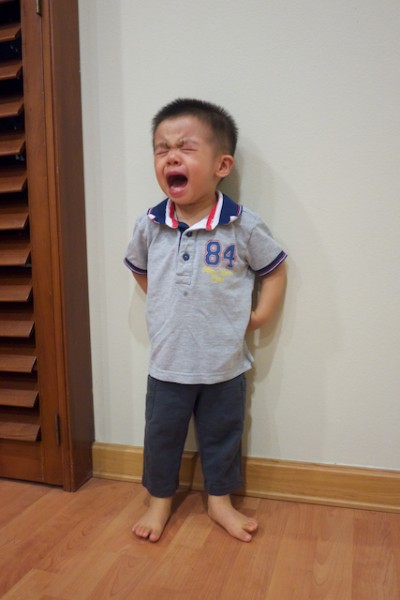 He’ll even tell Mommie to hush when I raise my voice.. “Shhhhhh!”