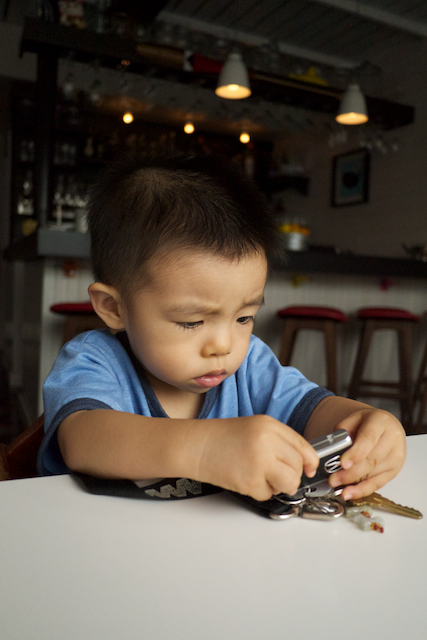 One moment Aiden is a big boy learning to play on the scooter. 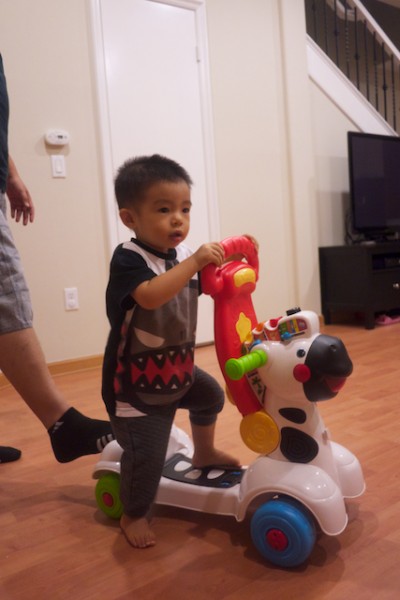 Next moment he has done something naughty and is in time out. 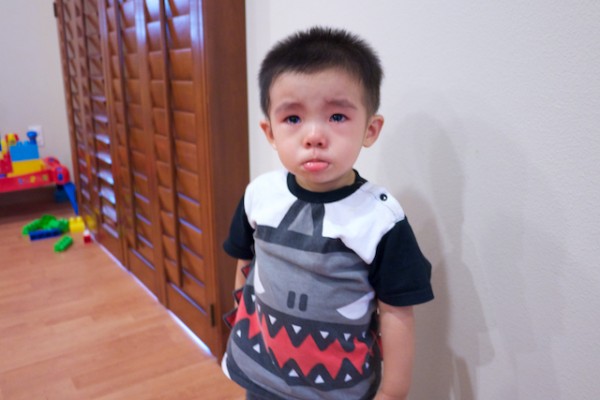 And he’s been testing to see if we will keep him in his time out spot. 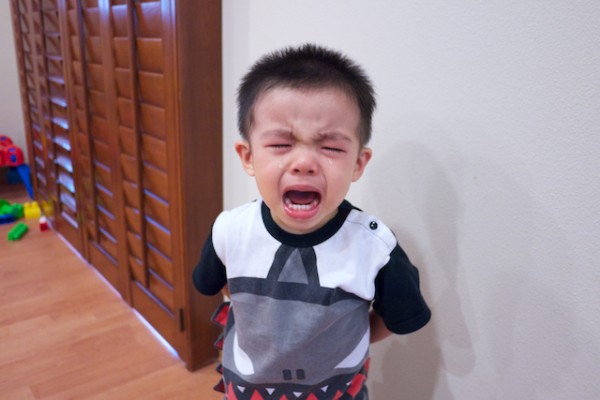 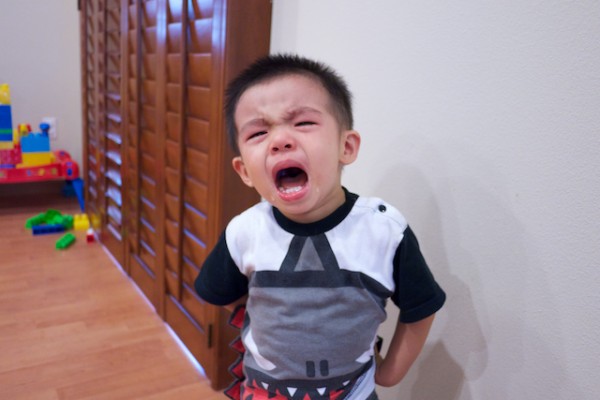 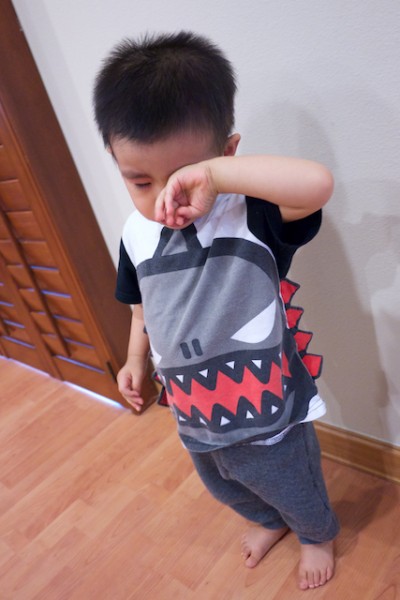 He doesn’t back down easily during time outs. 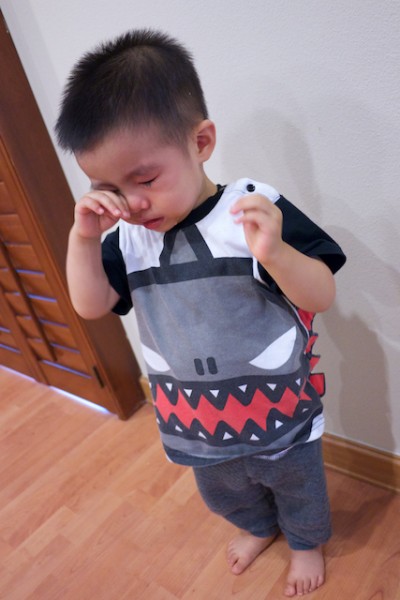 At least he’s thinking if he should continue or stop. 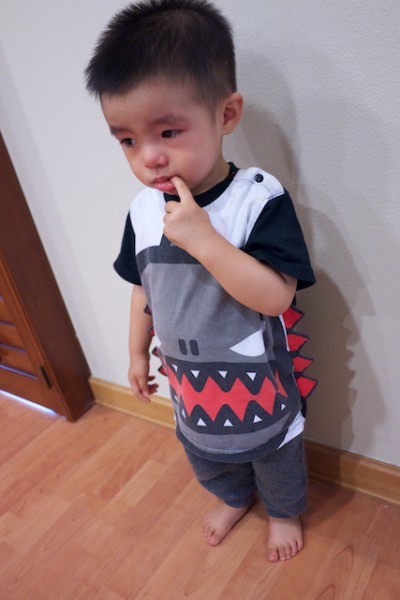 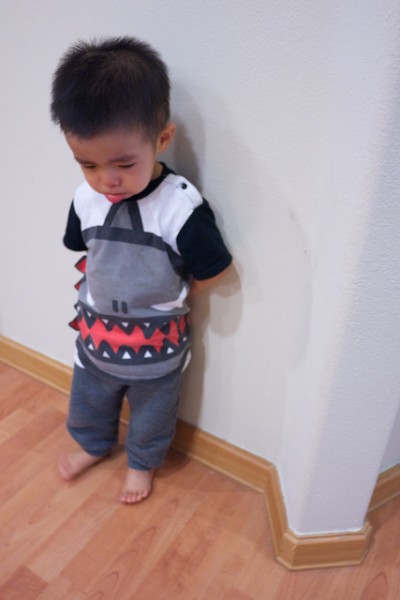 Aiden loves taking a few minutes to play on my lap top each day. 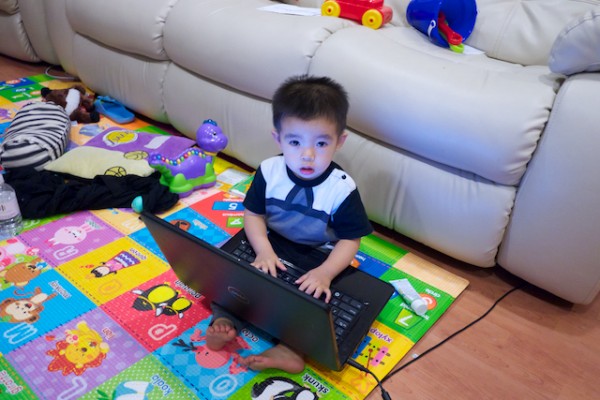 Just a few moments and he is satisfied. 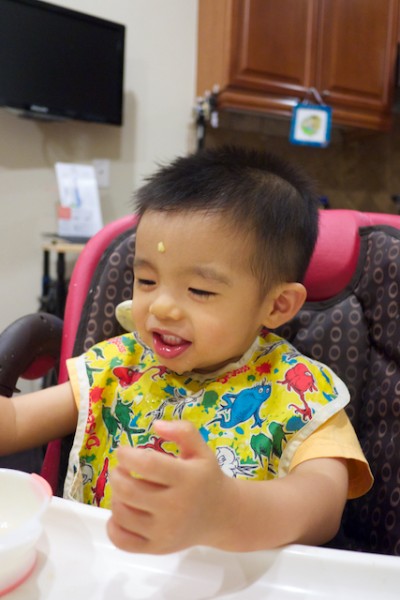 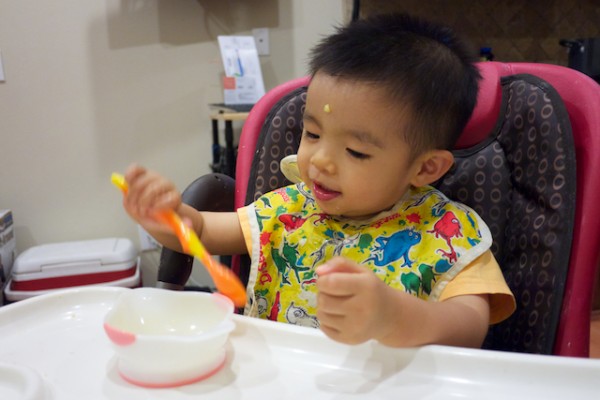 Such a messy eater! 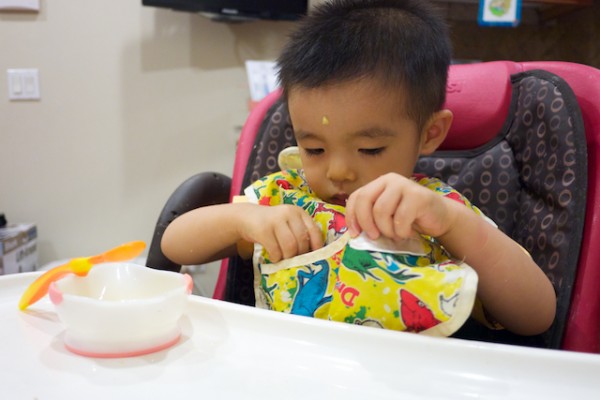 He wants Mommie to sit in that with him! 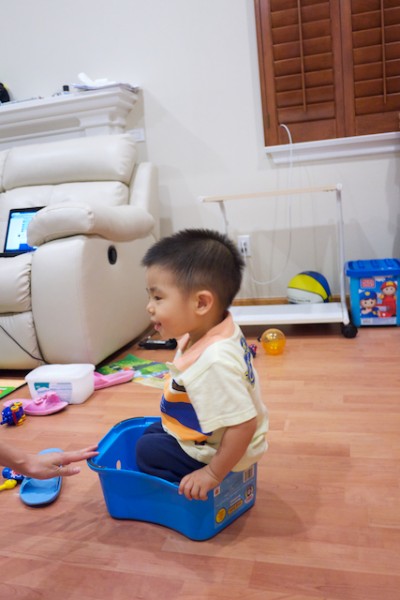 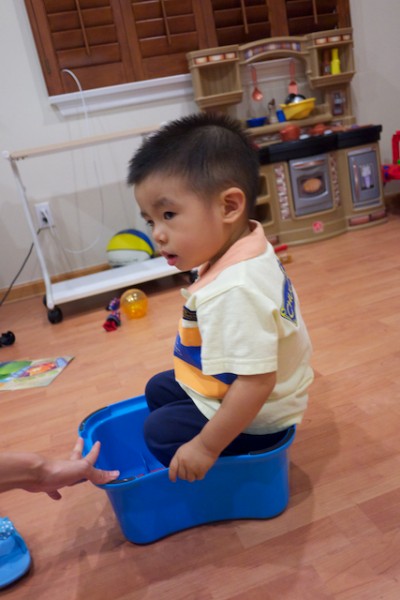 Time to lose some weight! 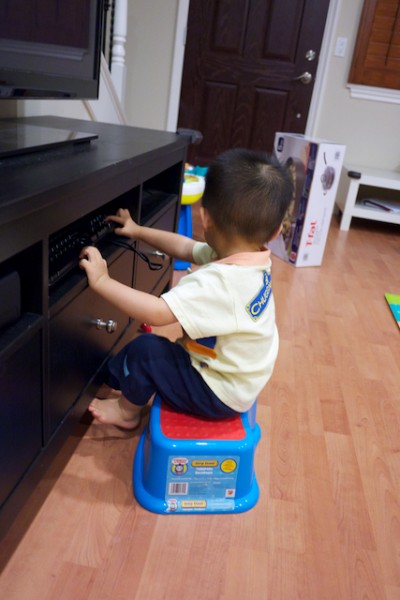 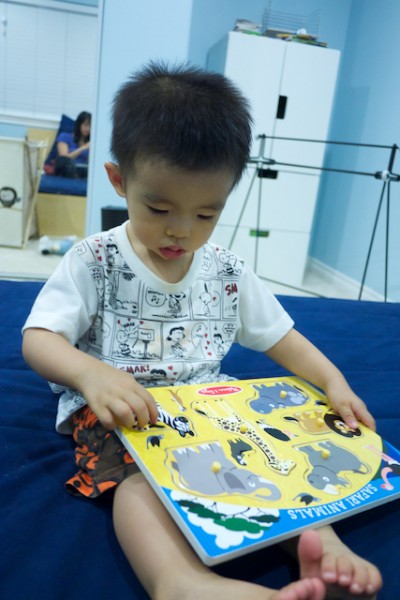 During the bikini event, Aiden came over and wanted to lift up my shirt and pants. 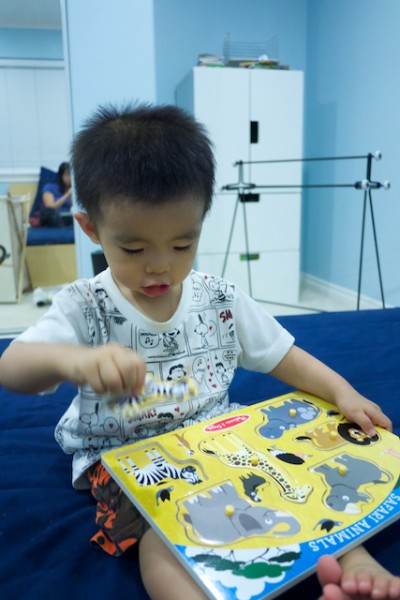 So that I could be in the same attire as the contestants! 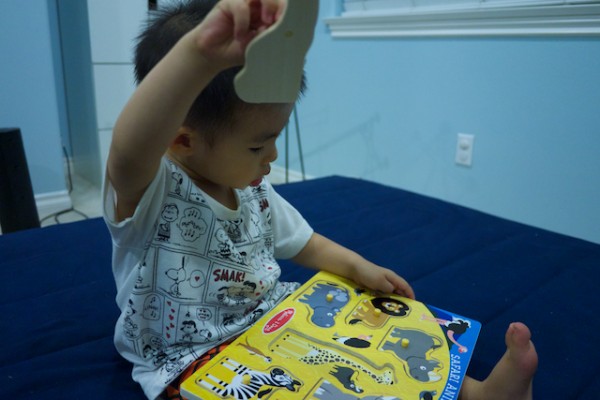 We finally opened the second set of puzzle for Aiden. 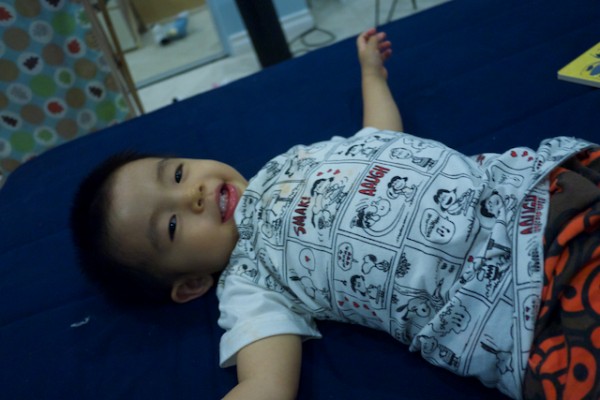 It’s a bit difficult because you have 3 gray animals, and 2 of them have similar shapes. 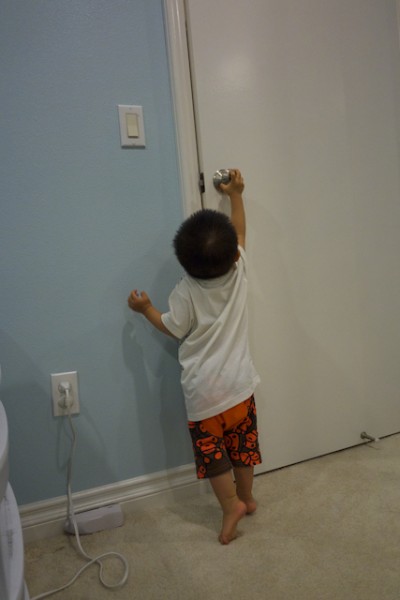 He did get a little bit impatient. 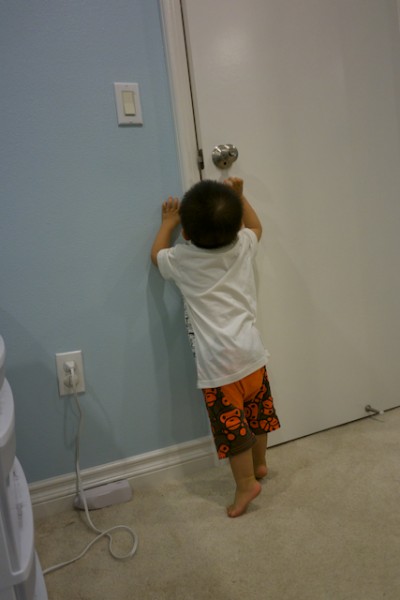 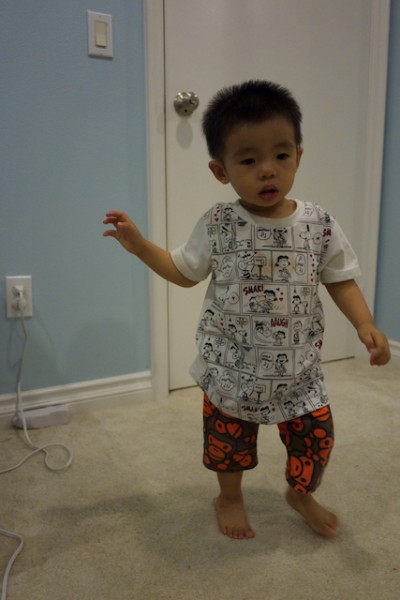 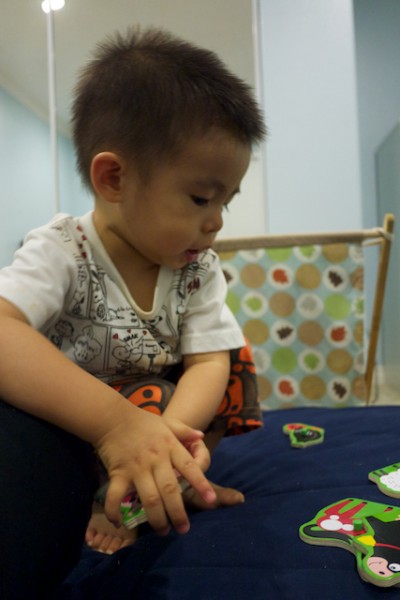 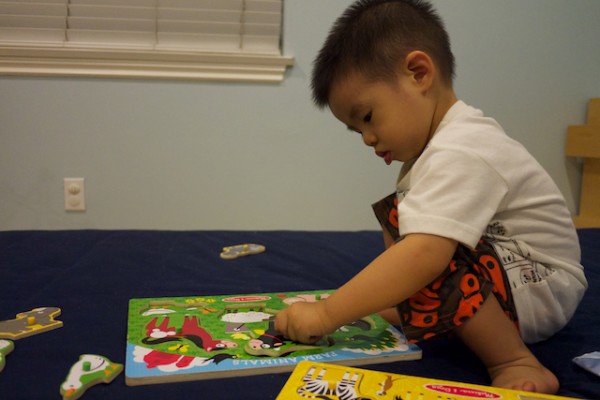 He still has to move the shapes around and hit the edges and all. 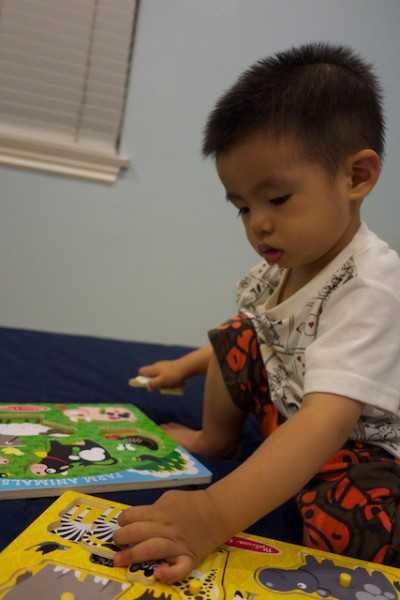 But he still manages to get all the animals in their right spots. 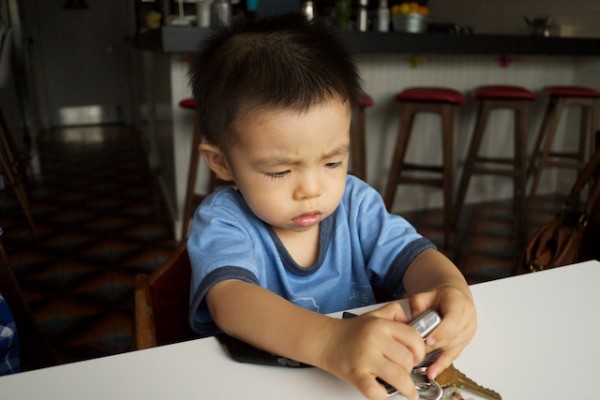 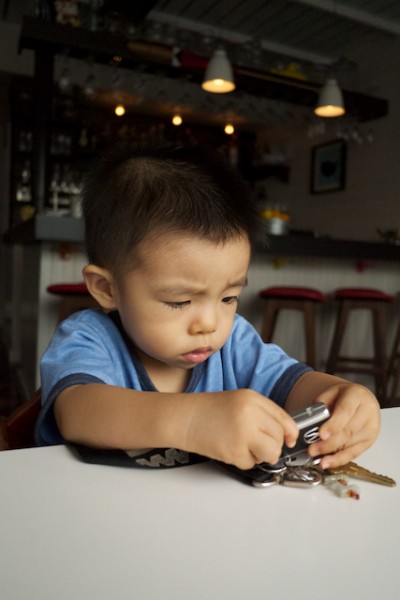 This time he only stuck the lemon in his mouth once. 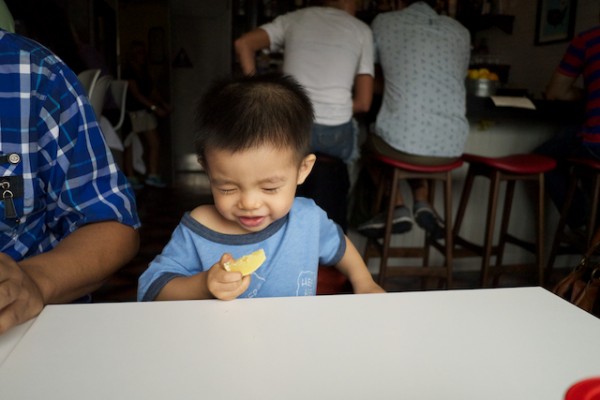 He learned his lesson from Vegas. 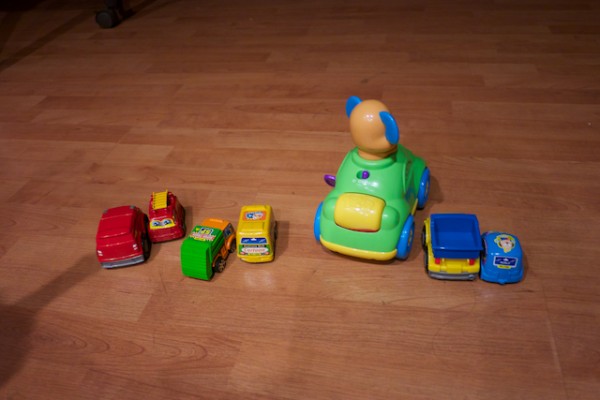 Aiden loves putting his cars in a line..time for racing!