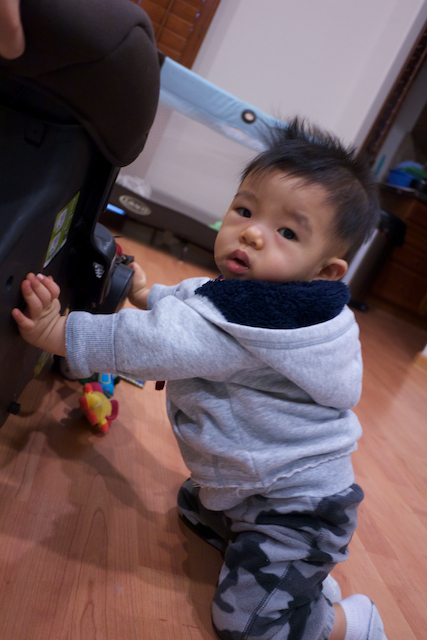 Aiden had fun playing in the bounce house that they rented.

Sometimes he would bounce, other times he was content just laying down or crawling.

I went inside to keep him company, as he was the youngest one.

So he was beat afterwards, sleeping for almost 2 hours.

Since he had such a late nap, he was not ready to sleep when it was bedtime.

He cried with so much energy it broke Mommie’s heart.

Right before Daddie took Aiden upstairs, he leaned his face against mine and was such a sweetie.

Mommie couldn’t bear it even more.

Daddie said “ok, pick him up for 30 seconds, then put him back down.”

It was tough to comfort him for such a short period of time, then to see him cry with more fervor.

But he finally went to bed and now it is super quiet. 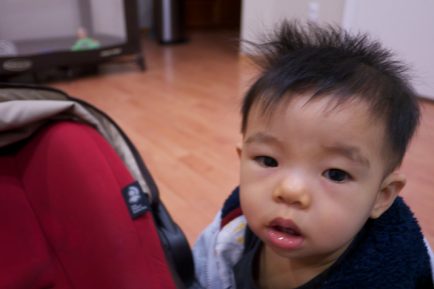 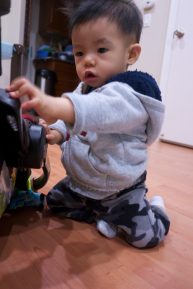 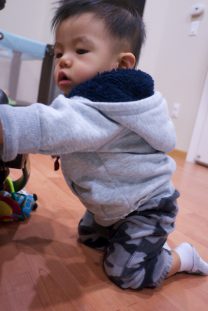 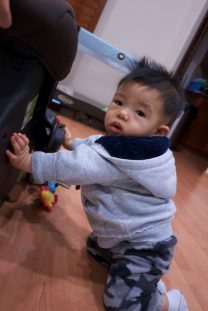 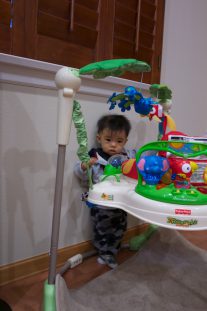 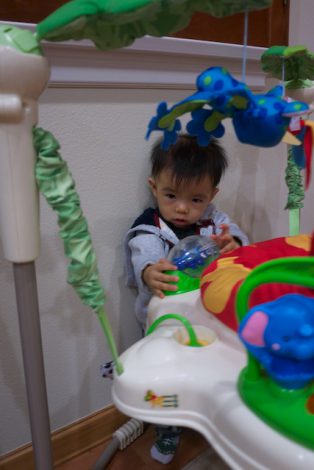 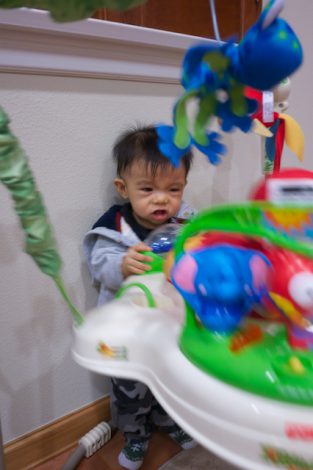 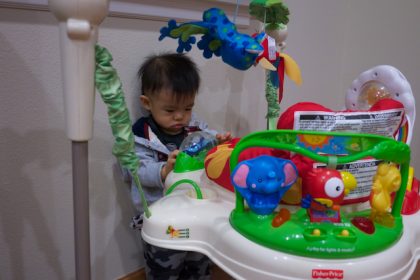