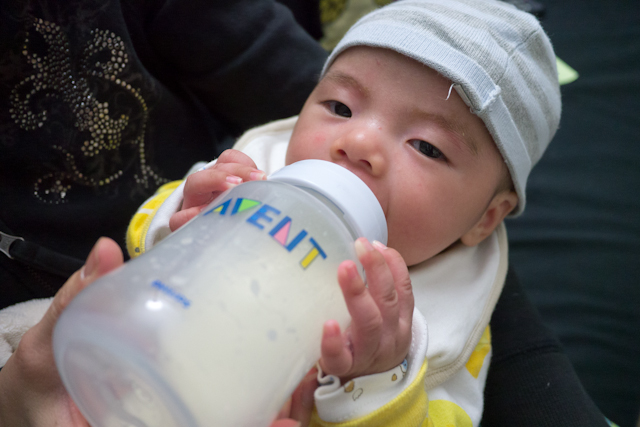 Aiden was quite feisty today when we woke up him to drink milk.  He was very vocal about letting us know that he was unhappy with us…even though he was definitely hungry. He’s also progressed to a bigger milk bottle (it’s like half the size of his head).  This past weekend Daddie found out we’ve been letting him use the newborn nipple, so he finally upgraded to an “older” baby nipple.

As if on cue, he knows he’s a bigger boy because again he wants to hold his own bottle.  So we gave him a little time to do that…of course Mommie continued to hold the bottle as well.  He’s not old enough to hold it all on his own.

In the end, he was extremely satisfied with his meal.  Fussy during the feeding but smiling as he sleeps dreamily. 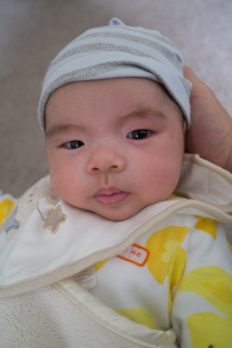 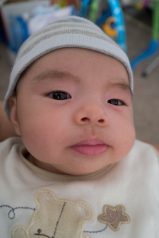 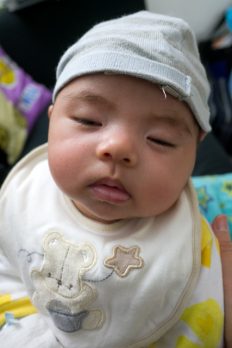 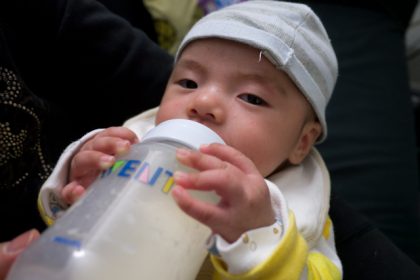 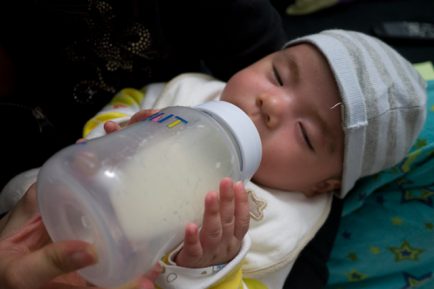 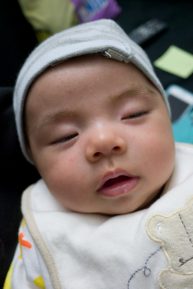