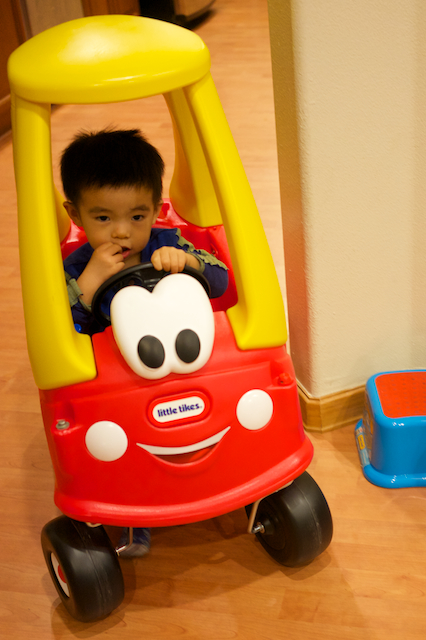 Zebra car? no that’s not his dream car.

But he sure loves to do tricks with it, now lifting the front wheels off the ground. 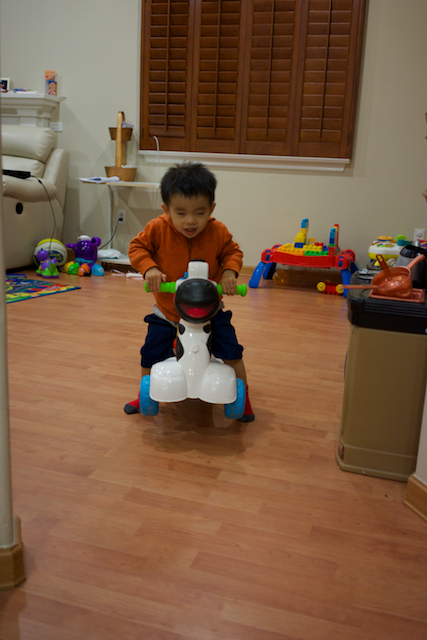 And he’s even decided who the new baby in the house is. 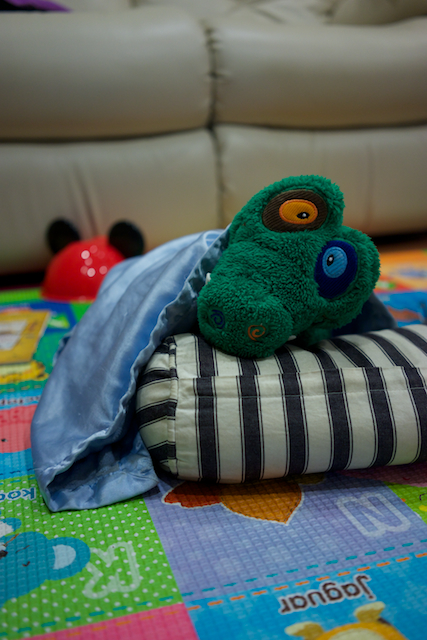 Putting his dino baby to sleep and feeding it. 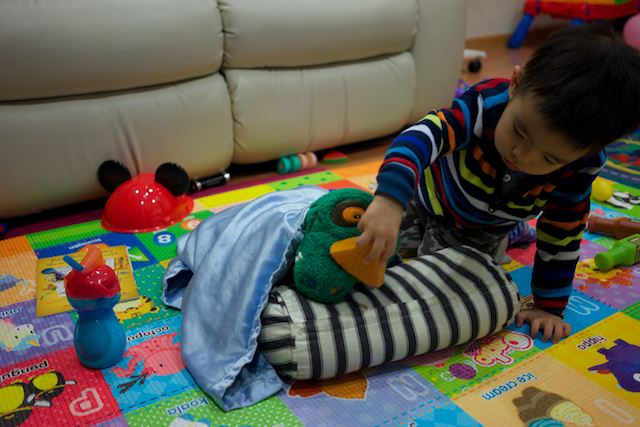 And reading to his dino baby. 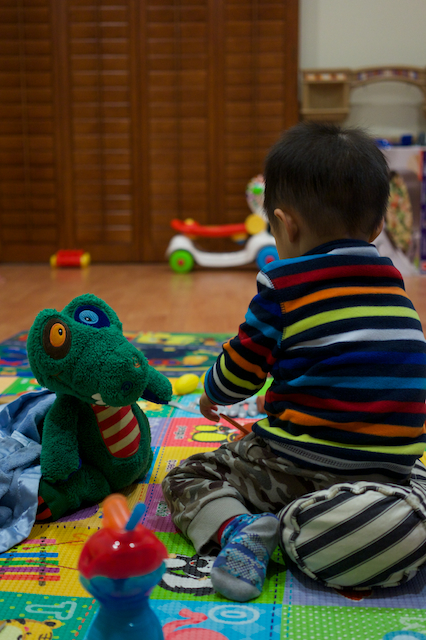 Playing pretend with him. 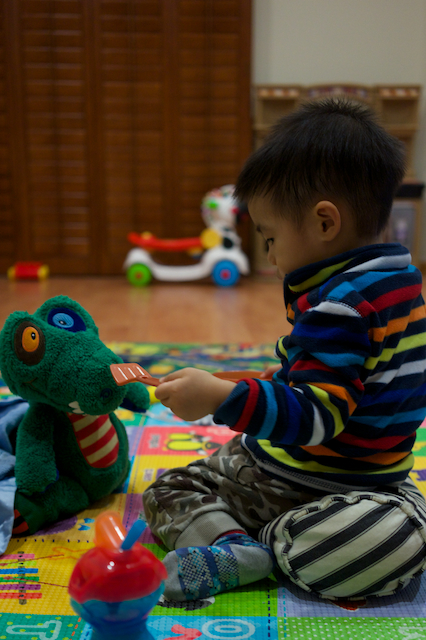 He wants to make sure dino baby is comfy reading. 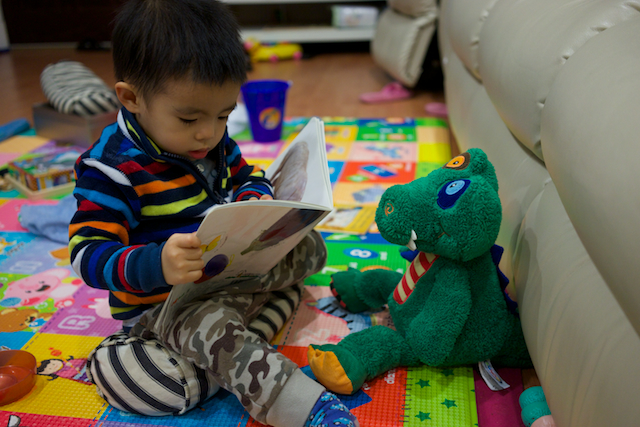 He’s got his creative juices flowing – his very own train. 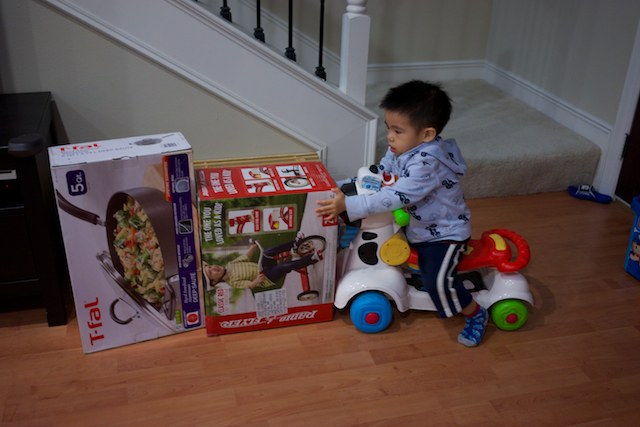 Daddie wanted to make it easier on him. 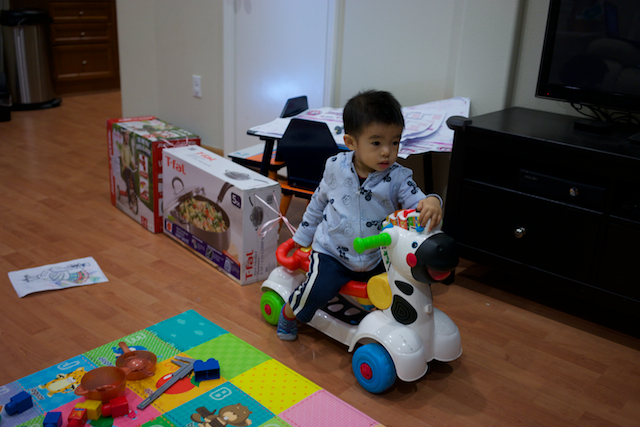 But it didn’t last very long. 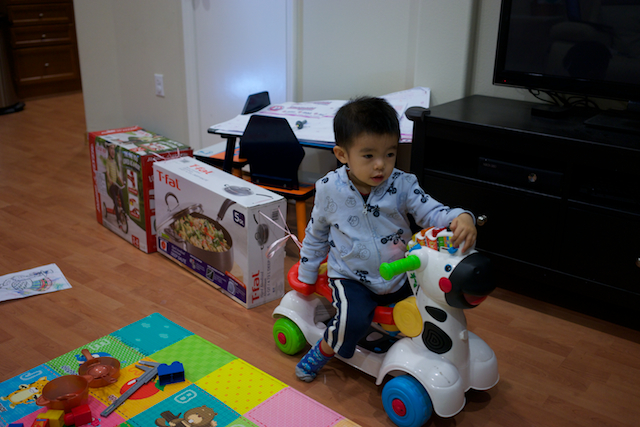 Here’s Aiden trying to be helpful in the backyard. 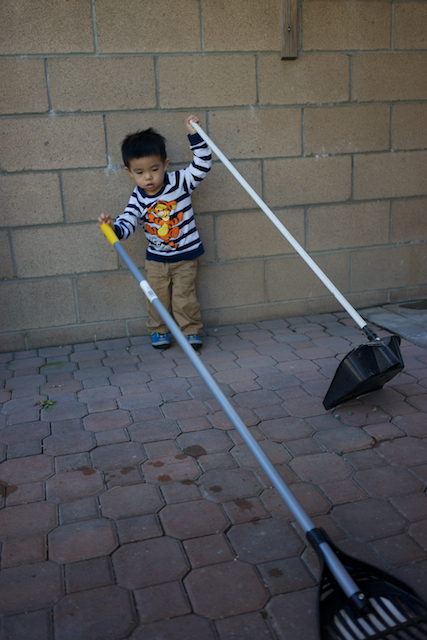 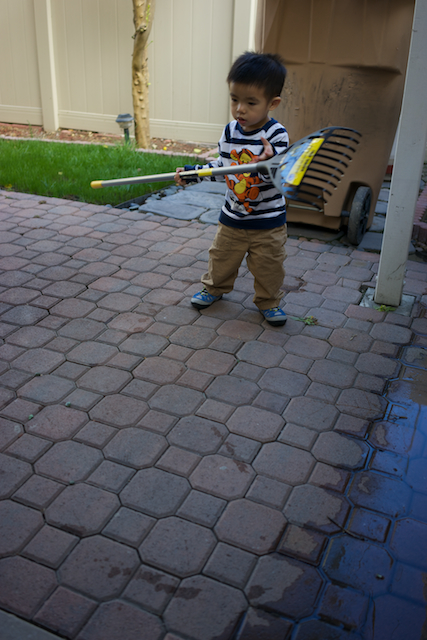 Aiden’s dream car has arrived, and he’s so excited! 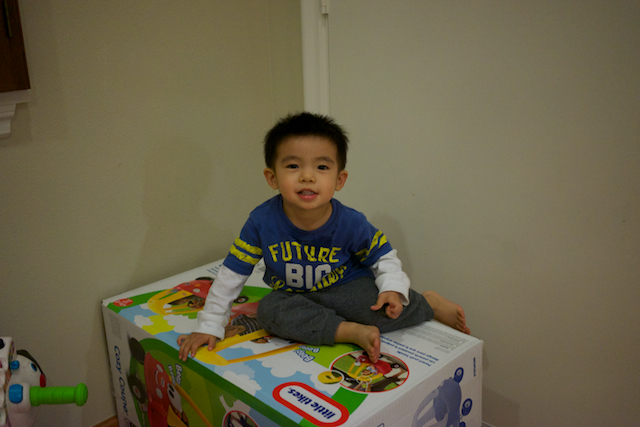 He calls it his jeep. 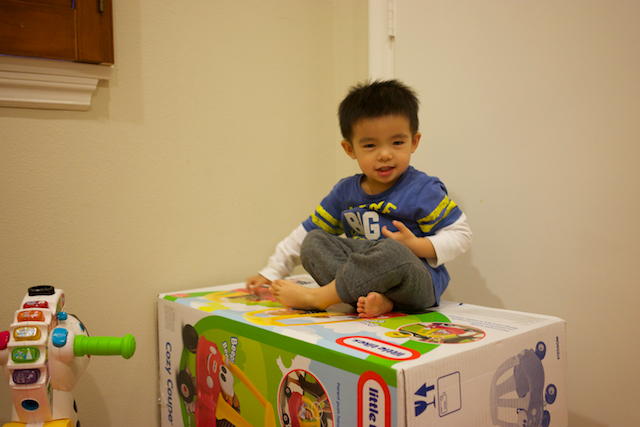 He was so thankful to his Kim Auntie he and I walked outside because he wanted to find her. 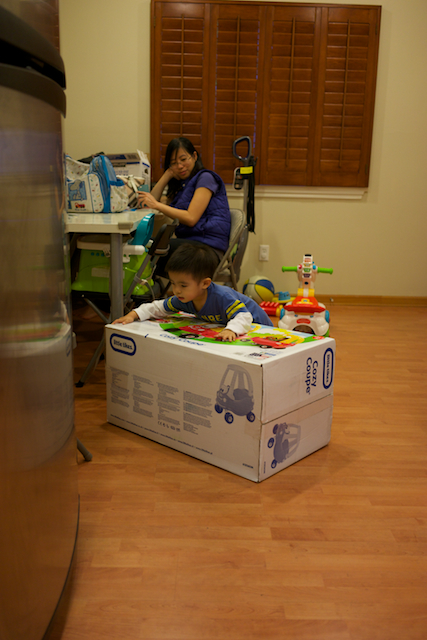 He was mad at me until I told him that she is sick. 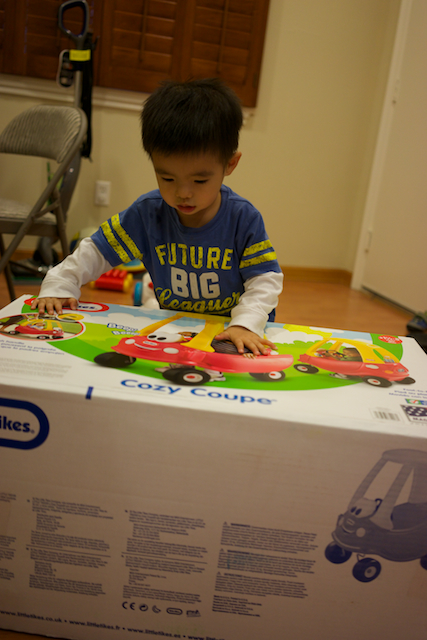 And he understood that it meant she had to rest to get better.

Why hand in his pocket? 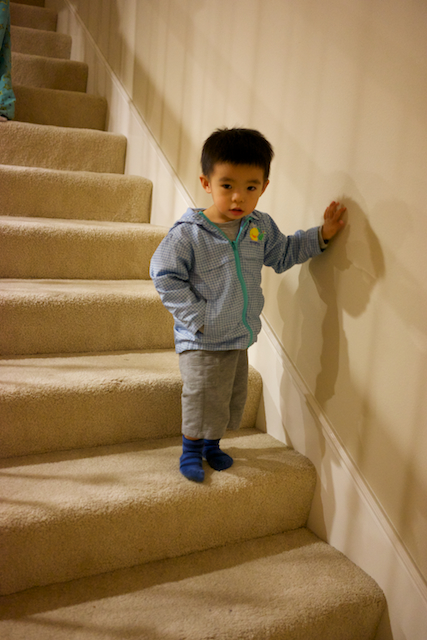 So Mommie can’t hold his hand. 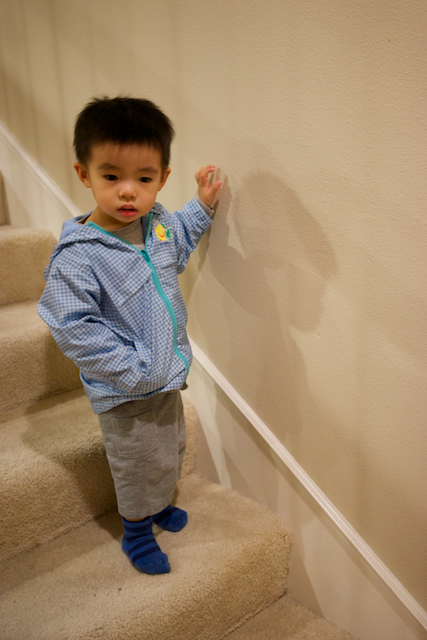 He wanted to be a big boy and walk down on his own. 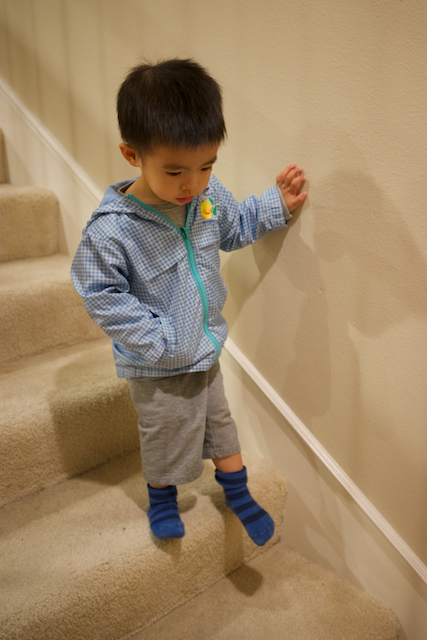 And just like that he made it all the way down, all by himself 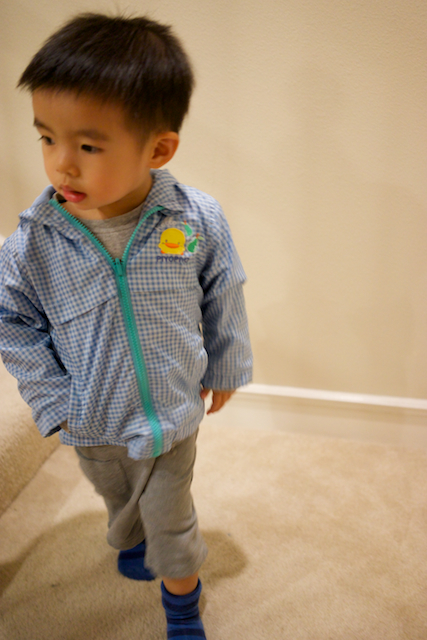 Can’t tell he’s got a fever, he’s full of energy. 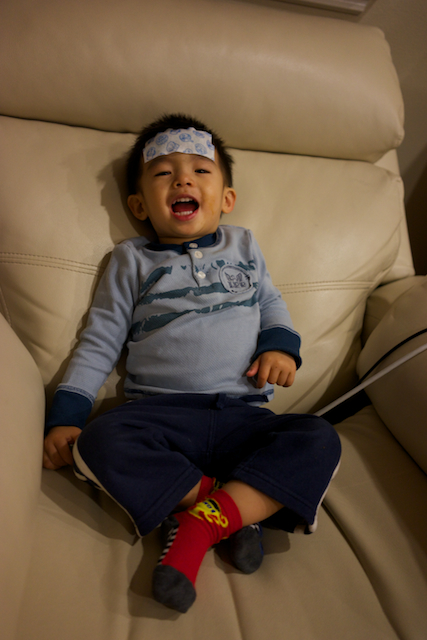 I know Aiden understands not being comfortable. 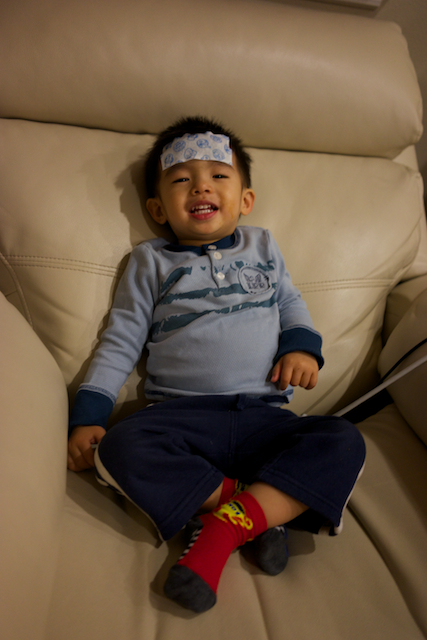 I didn’t know he understood the meaning of 舒服, until he sat in Daddie’s recliner. 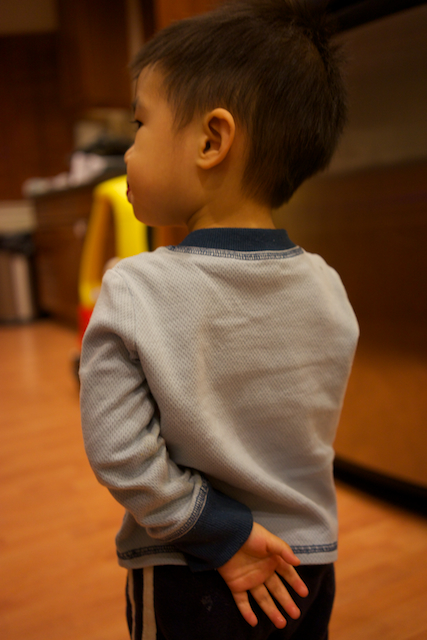 He also recognizes where the house is as when we are just around the corner, he would say “oak kay” (sounds like okay). 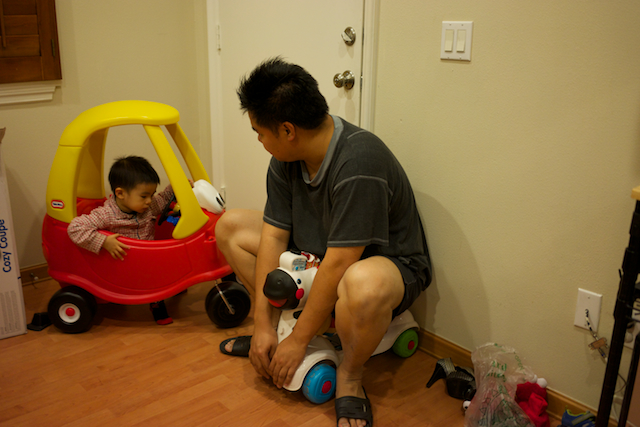 Sometimes he won’t let me say 包 because he just learned the English word “bread.”