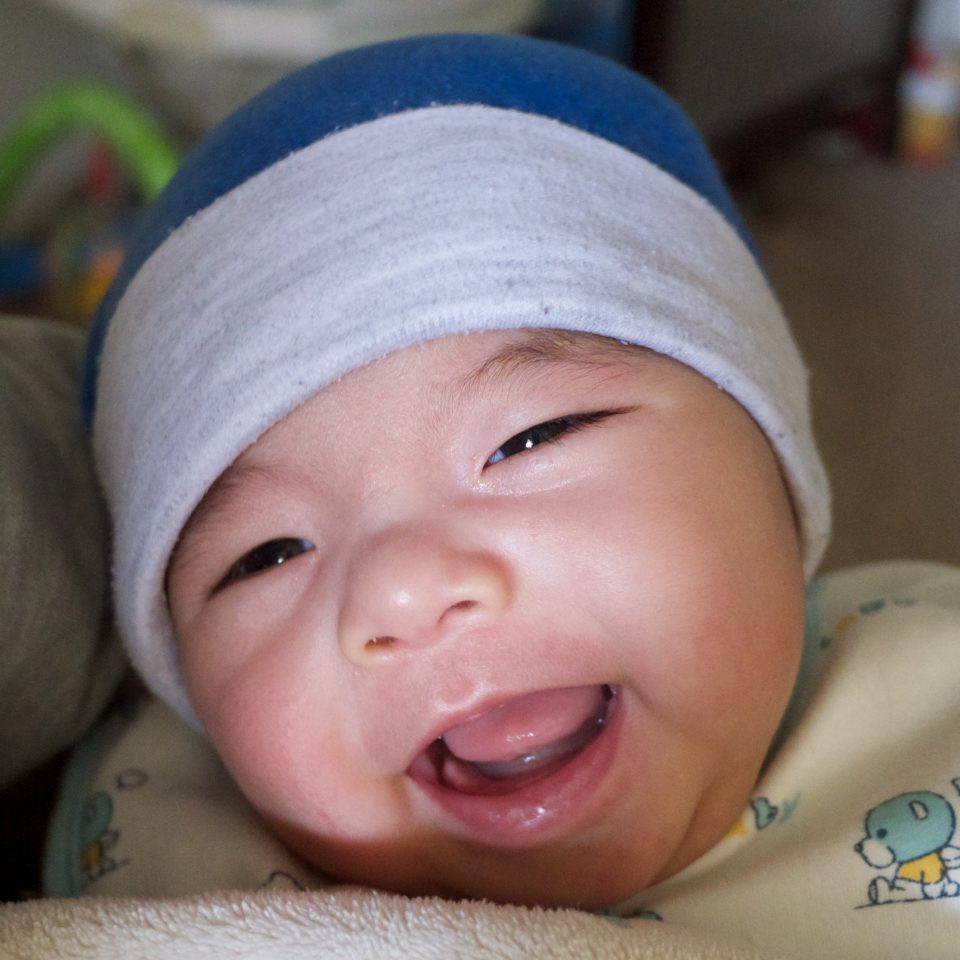 Originally, daddie was working on the “baby talk” project to capture how AIden has been “talking” with us with his unique “uh uh eh eh” language. We all have learnt how to differentiate his voice by now, from asking for milk, requesting diaper change, to playing 雞同鴨講 with grandpa. It still cracks us up every time he gives us an impatient “eh” for being left along in the play pen. Although the project wasn’t a big success as planned, daddie did capture much precious moments of how Aiden was captivated by mommie’s singing and story telling during the Saturday afternoon; not to mention, he had such a blast playing with grandpa and daddie on Sunday morning too.

Little Aiden has been growing up so fast, and even now he wants more attention from us, asking us to play with him, interact with him. He has always been giving us a lot of joyous moments and laughters in the house. I hope you all enjoy these two videos like we do. =)