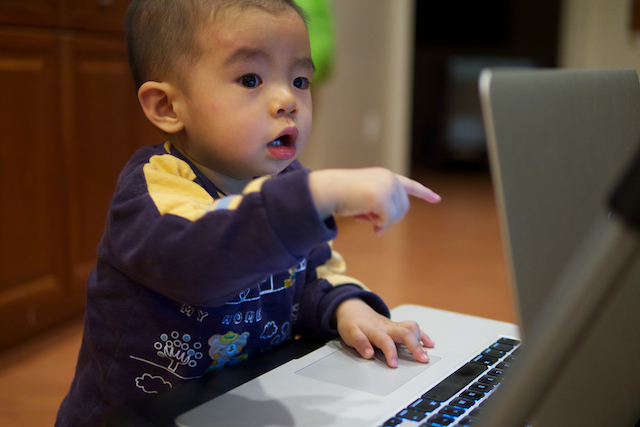 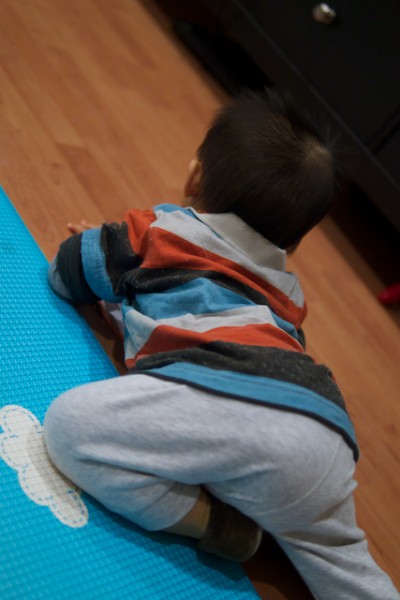 A client came by at work and asked me about Aiden and how Galen is as a Daddie. 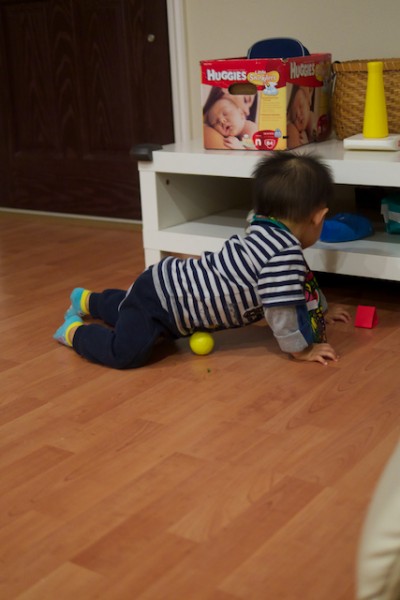 I immediately answered what a great Daddie he is, without a second thought. 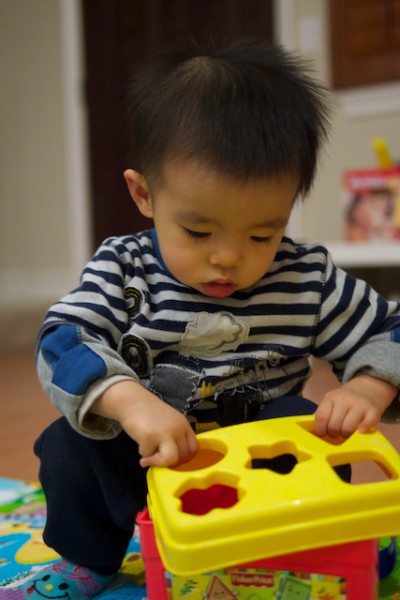 On Friday he was able to handle time out all on his own. 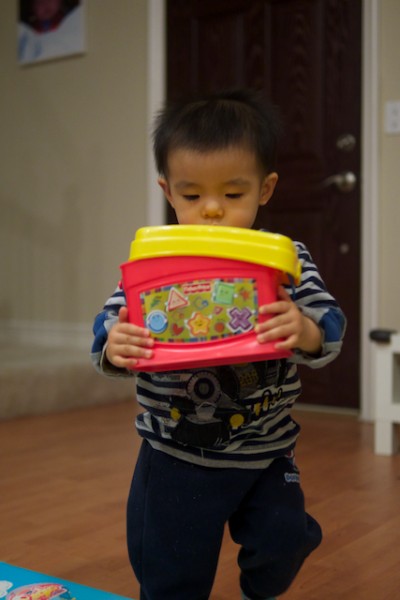 He stood at the door for 2 whole minutes. 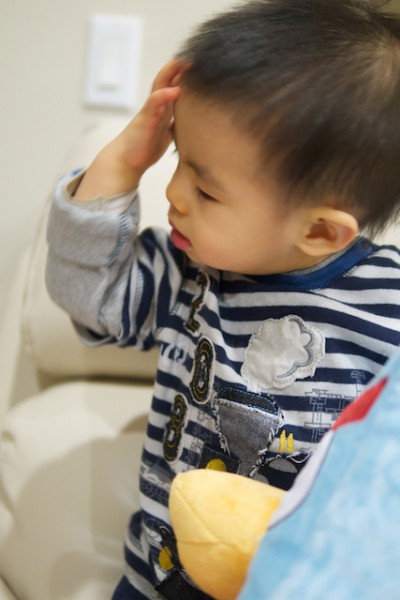 Granted he cried the whole time, but at least he knew that he was being punished. 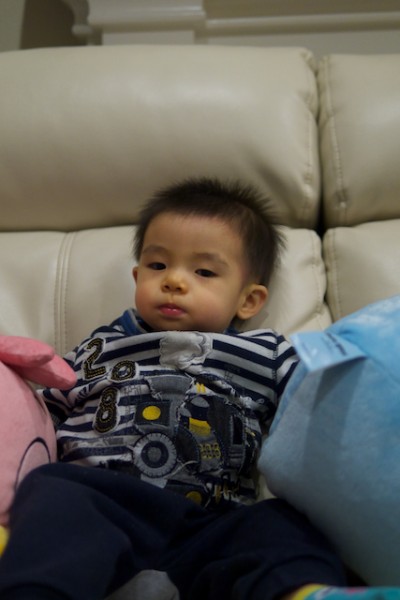 He knew he was doing something he shouldn’t be doing. 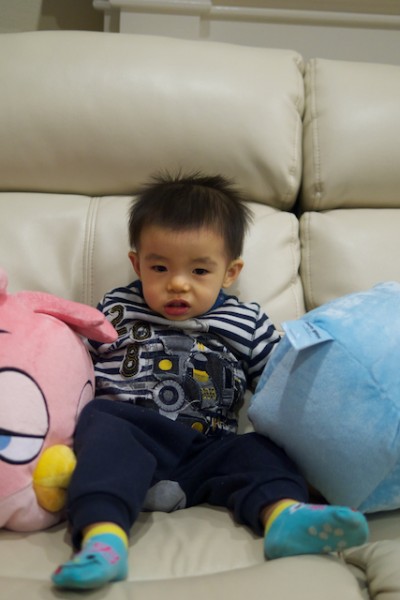 Although I felt bad that he was crying, I was also very proud of him.

Not 15 months yet, and he already learned the concept of discipline and cause and effect. 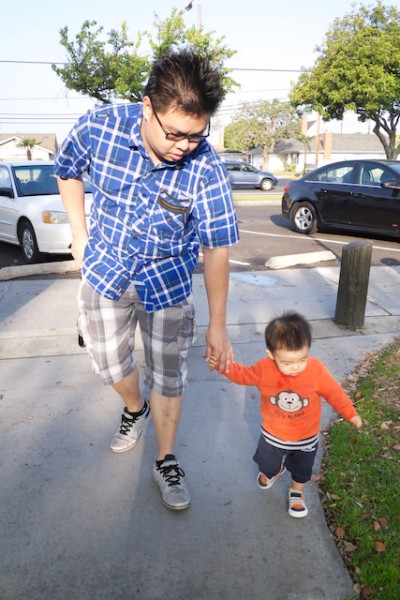 So much learning, it’s very important to mix in some play as well. 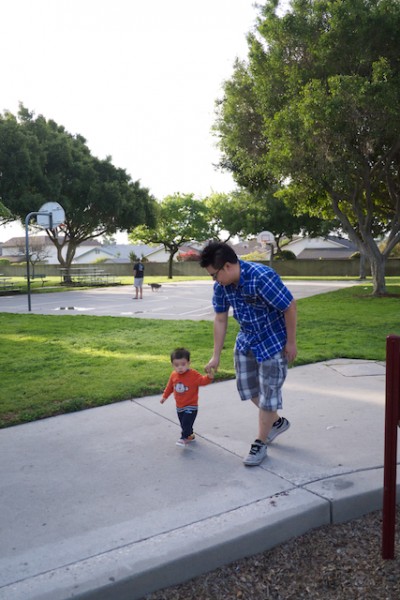 Great time to apply what he learned from pictures, in the real world. 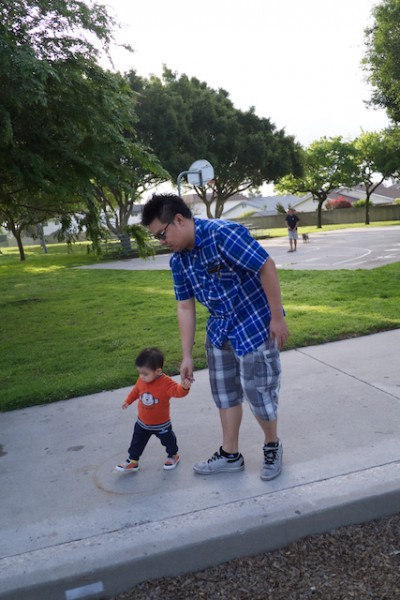 When he saw the dog, he would make the barking noise. 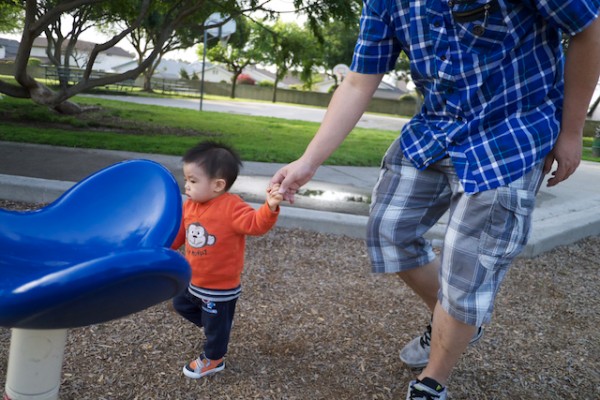 Time for the swings! 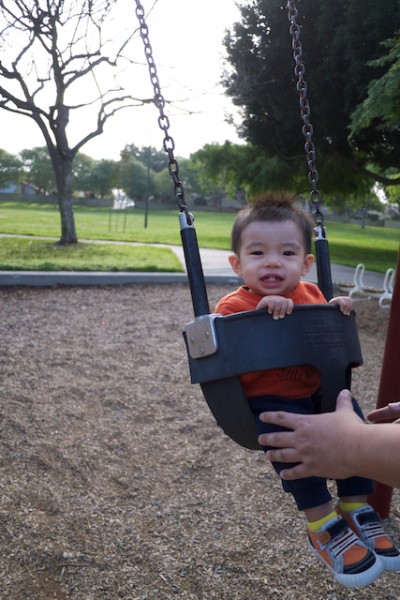 But he didn’t seem to enjoy it much. 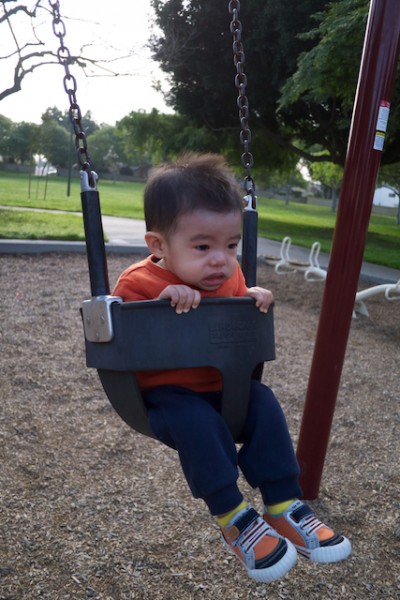 Daddie tried to make him relax! 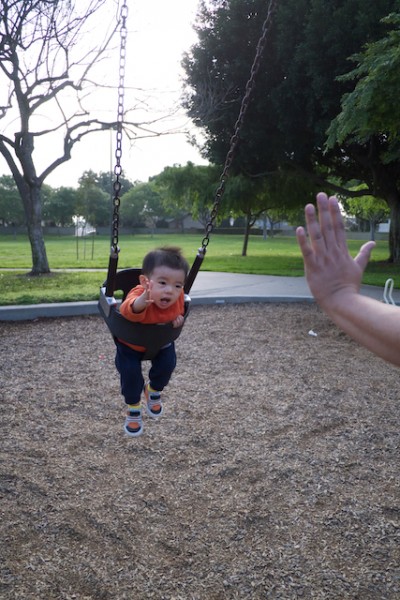 Aiden is ready to slide! 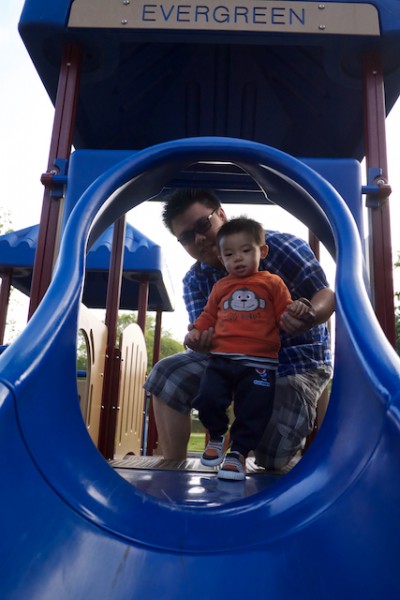 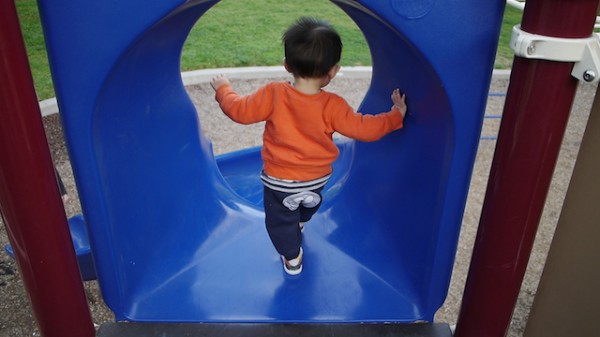 He just wants to go! 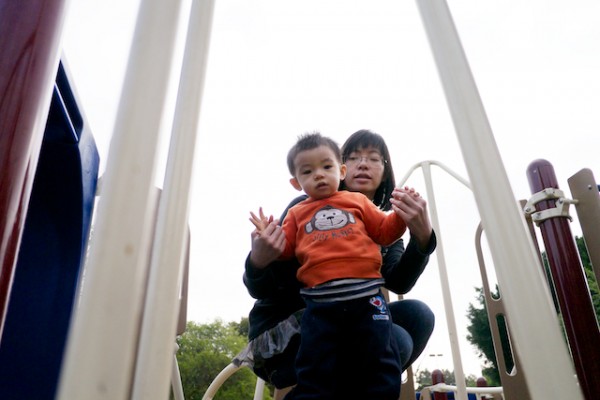 A good half hour of fun, and it’s time to leave. 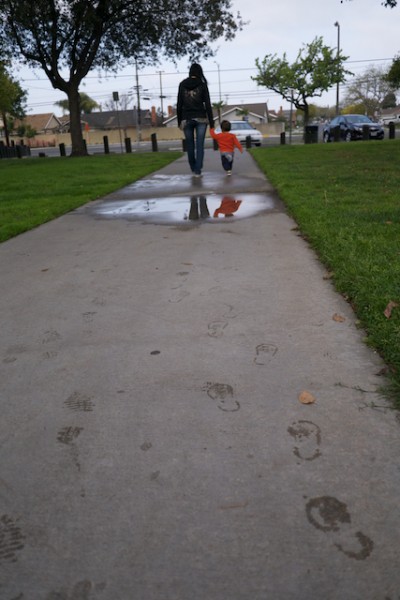 Daddie deserves a kiss for all his efforts! 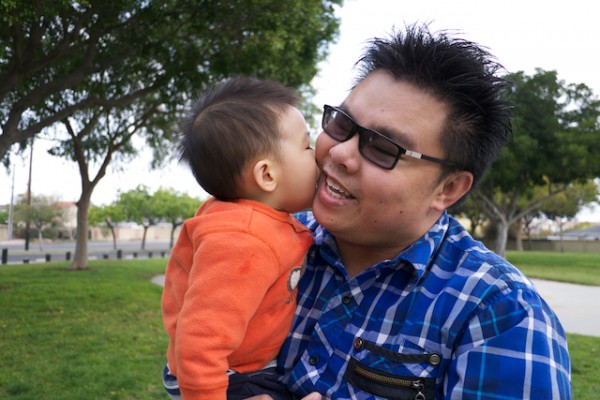 Aiden will grab his water bottle when we say “水水.” He says “蓋”, as well.  How interesting that he would learn to say this so soon. 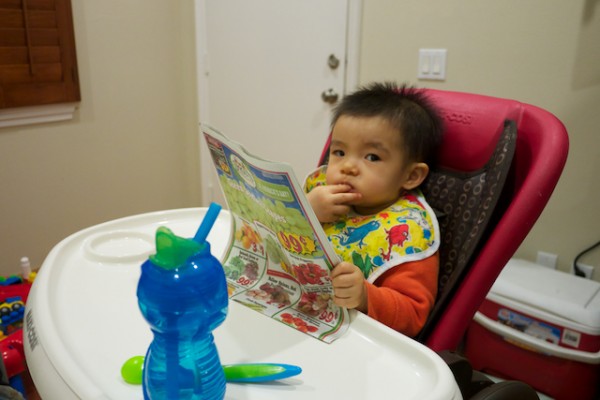 He is starting to put 2 words together, he has only done it once.

He said “多多餅餅.”  Glad we have a talker in the house! 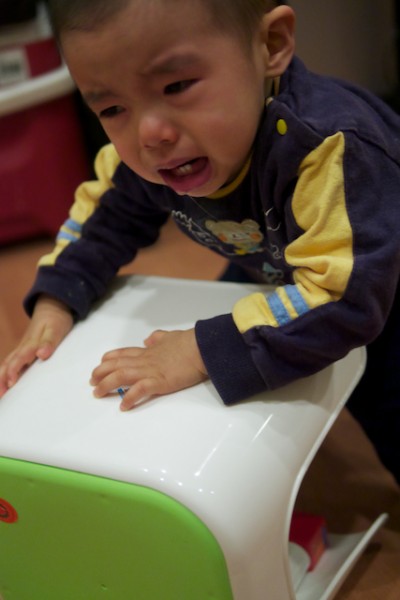 He also loves transporting things from one place to another. 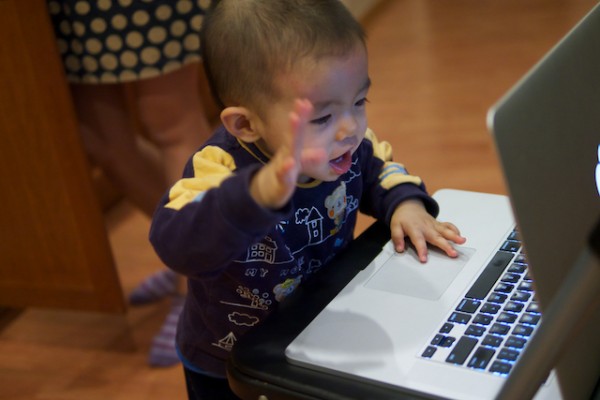 A lot of times when he is facetiming with Grandpa and Grandma they will see how he moves the same item back and forth between 2 spots. 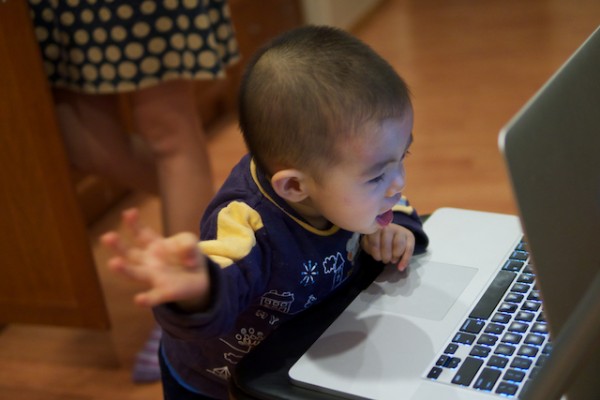 He is so friendly sometimes, but other times so selective. 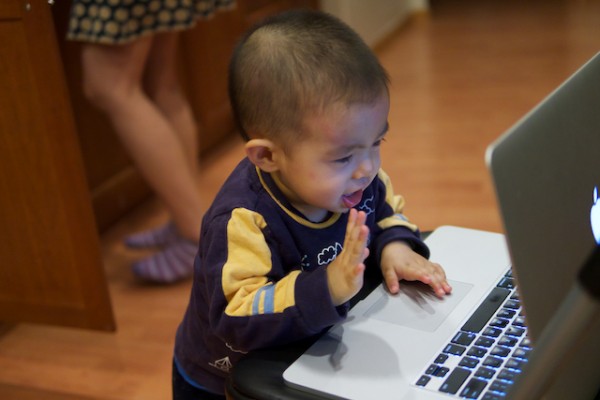 There was one day this week that he wouldn’t say hi to the teachers no matter how many times I prodded him. 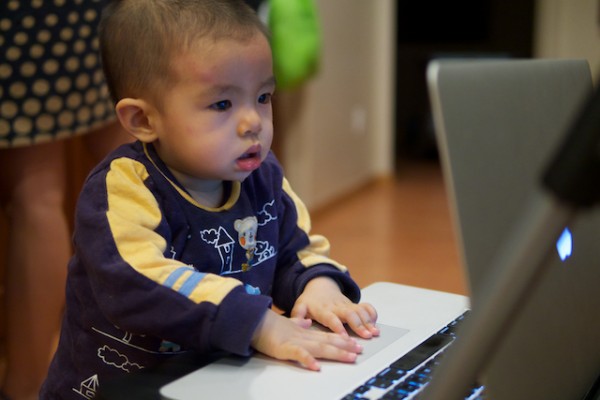 But when he saw two other kids, he waved excitedly and even said “hi.” 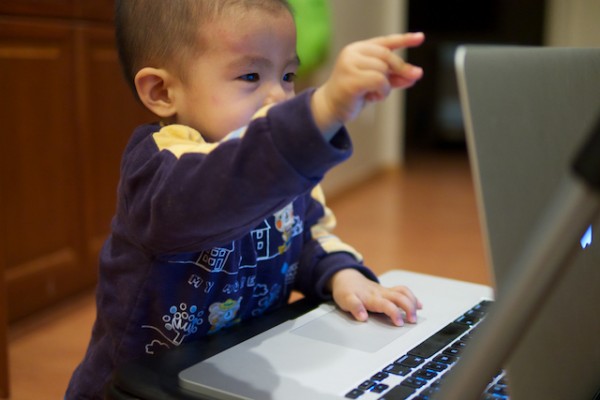 He loves to be upfront and personal when he facetimes with Grandpa and Grandma. 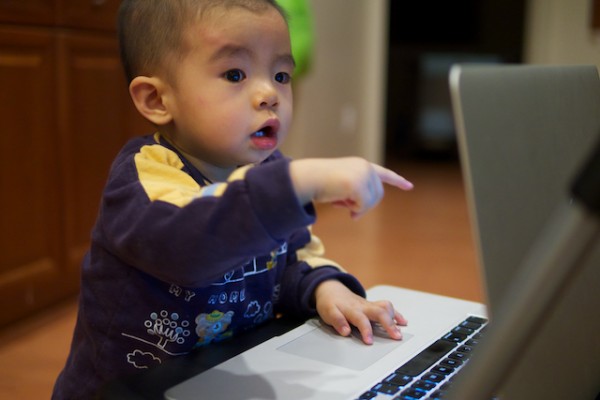 Often times he will try to touch them. 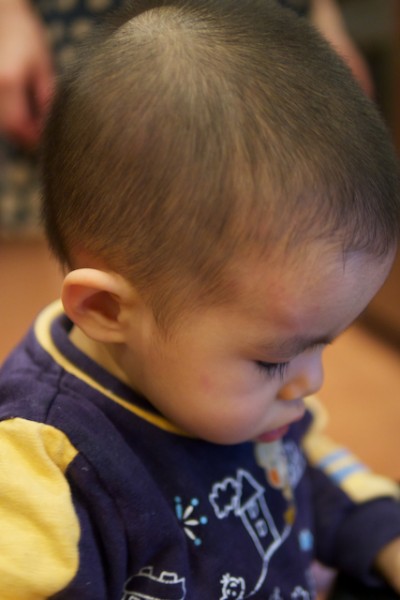 Aiden also tried something new this week, 西洋菜湯 prepared by Daddie, he sure loves it.