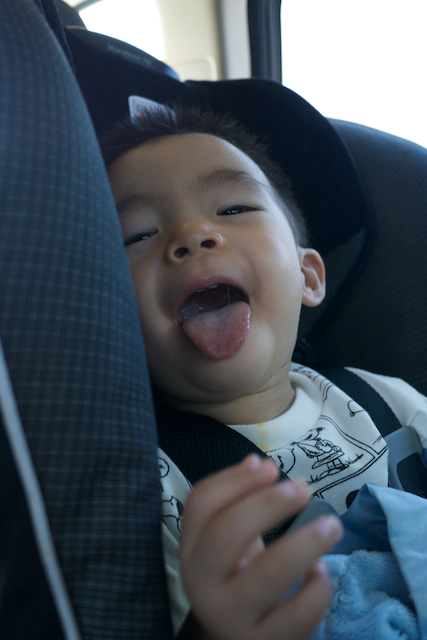 Last day in Vegas so we made sure we hit the pool. 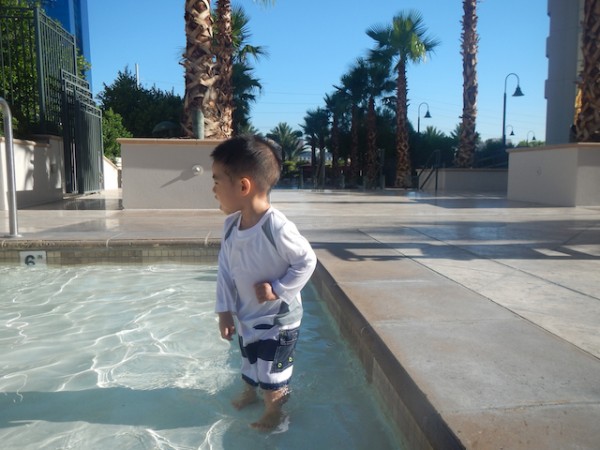 I’ve never hit the pool so many days in a row. 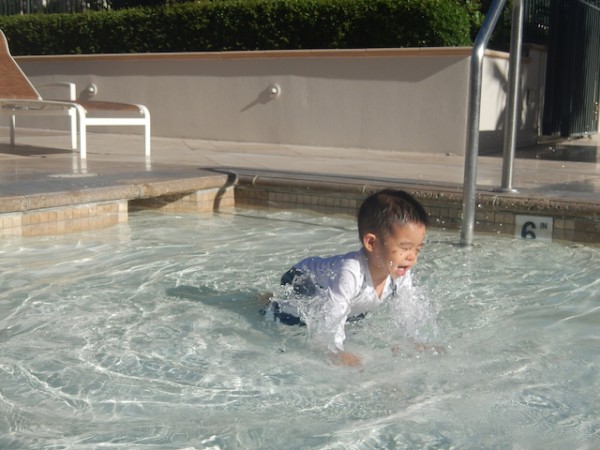 Aiden wasn’t interested in his floatable today so we let him play in the 6 inch area. 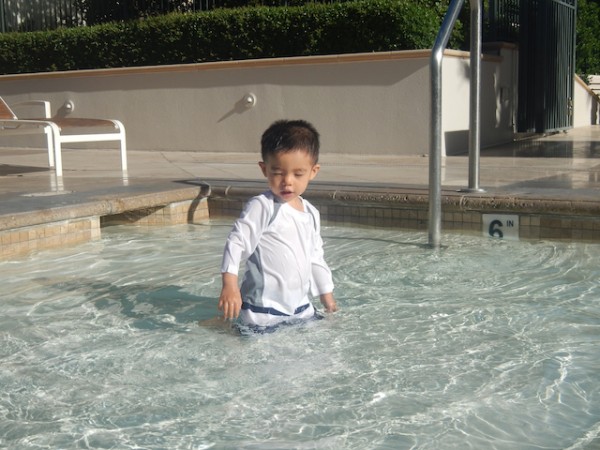 He was completely satisfied in shallow water. 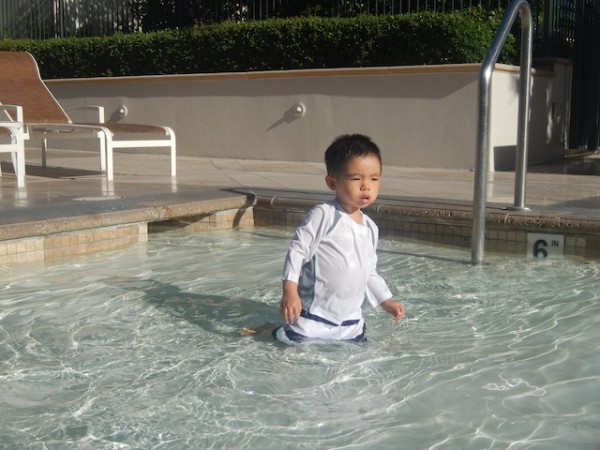 In fact he was pretty bold, running in the water at times. 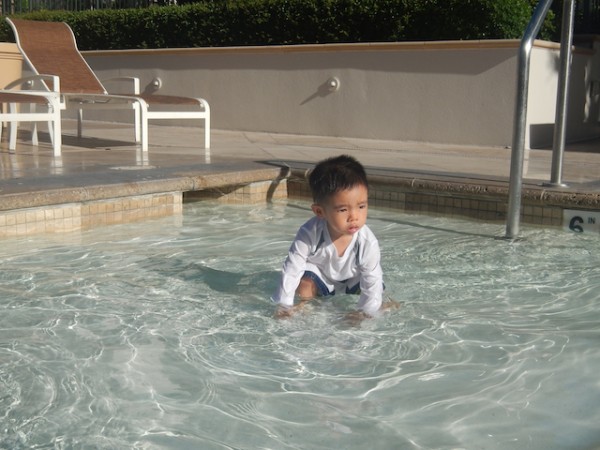 He’d fall but that didn’t prevent him from doing it again. 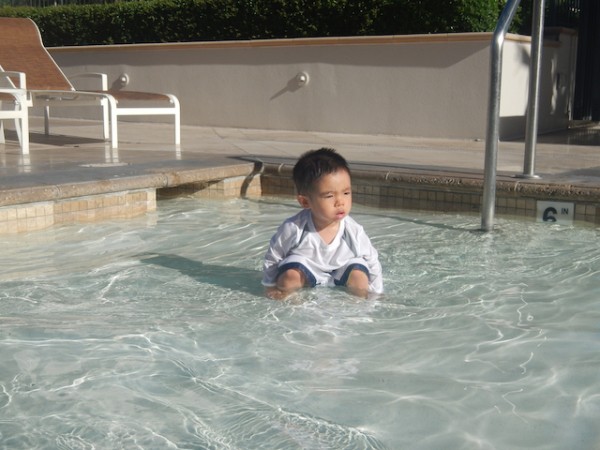 He actually wanted to get in and out of the pool, not wanting to wait for Mommie to be his “cane.” 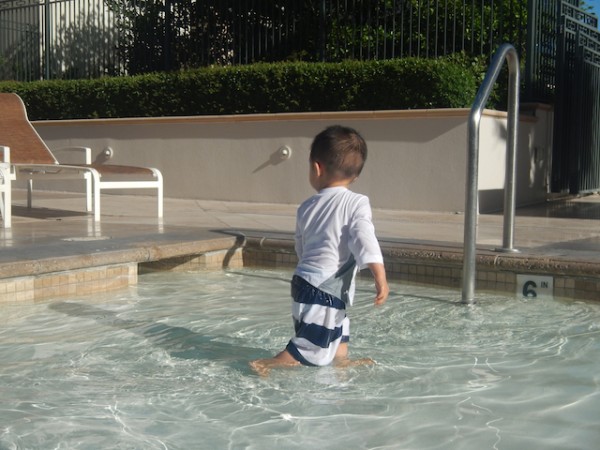 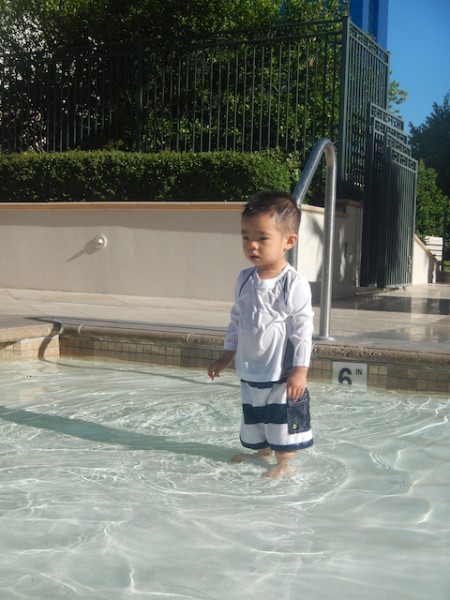 We were forced to eat at MGM for our last meal in Vegas. 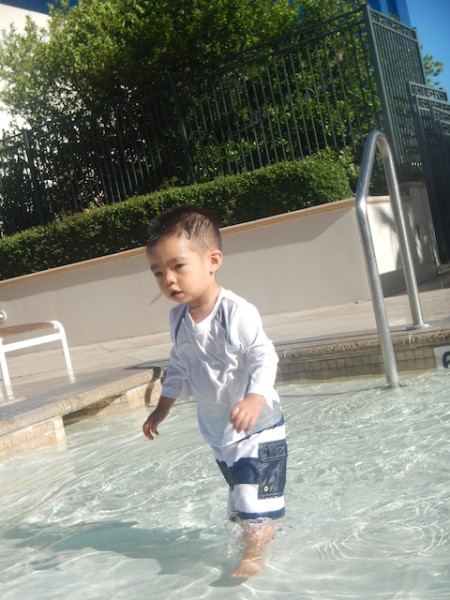 They told Galen that the resort fee would be free but end up they gave him the wrong information. 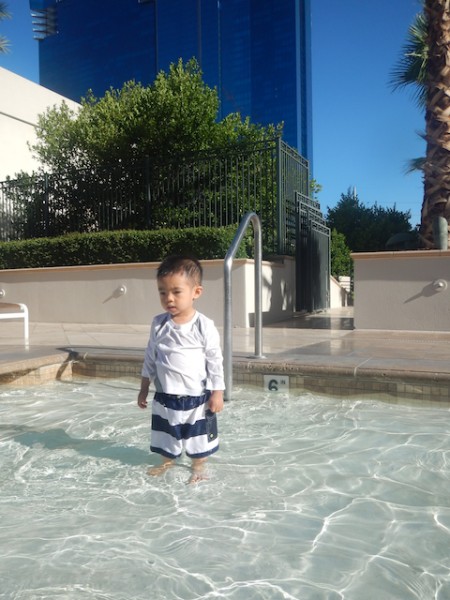 At least the credit didn’t go to waste. 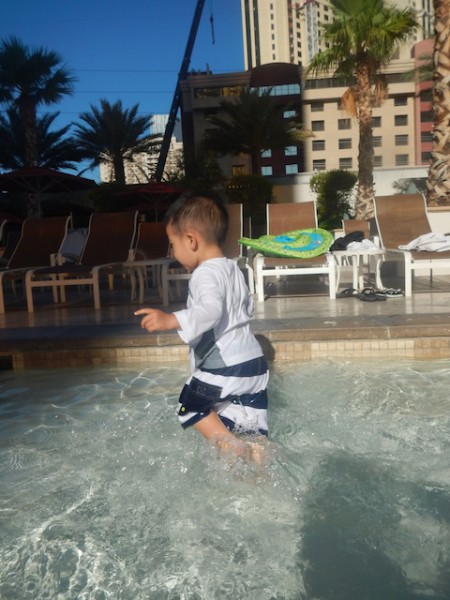 He finally took interest to go into the deeper part of the pool. 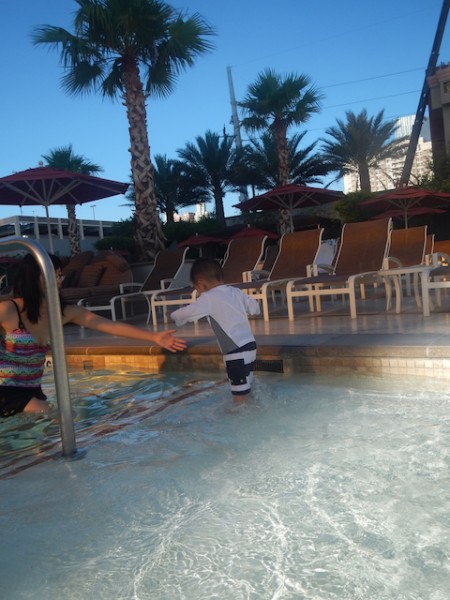 It’s so funny.  When he got down to the second step, he would turn around. 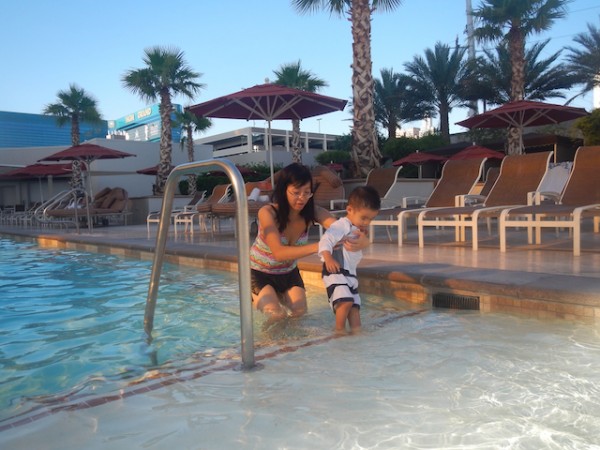 Probably felt more of his body in the water and didn’t feel safe. 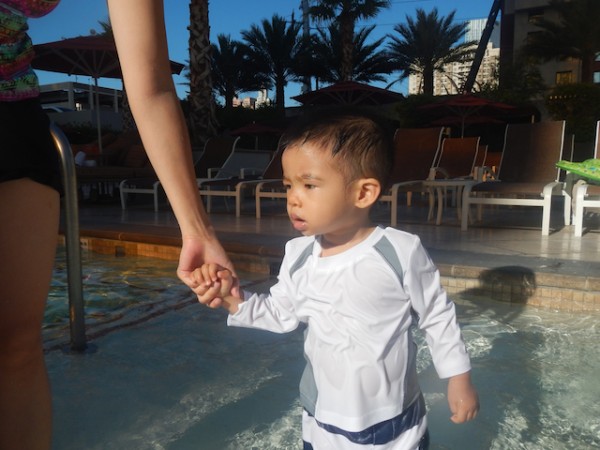 But you don’t have to worry Aiden, Mommie wouldn’t go too deep either. 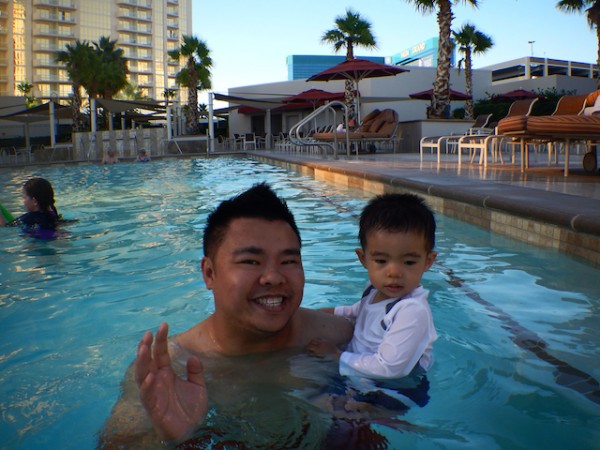 But Daddie can safely bring you into the water without the floatable. 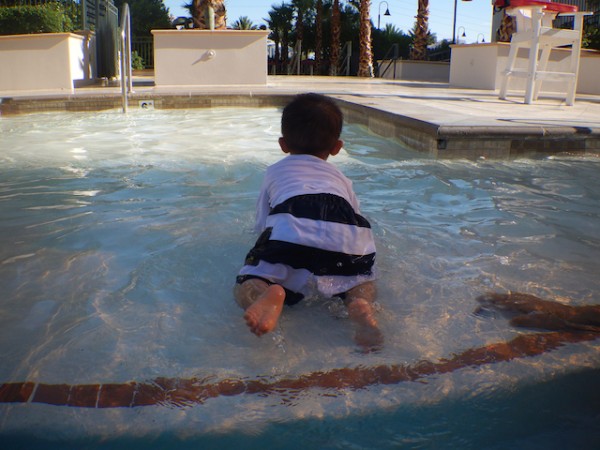 Haha but look at him crawl back to the safety zone. 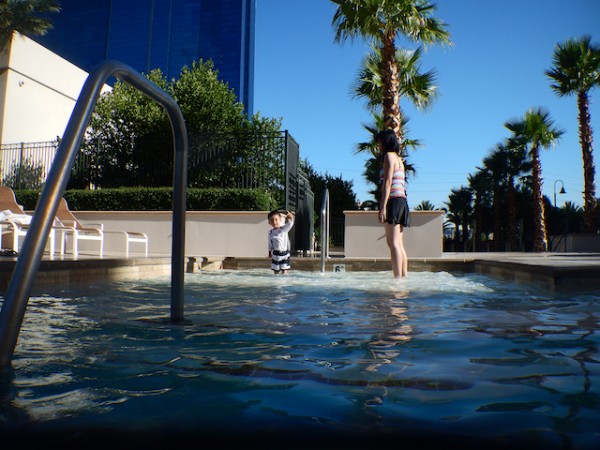 Daddie go swim and Mommie and Aiden will just get a small bit of the water. 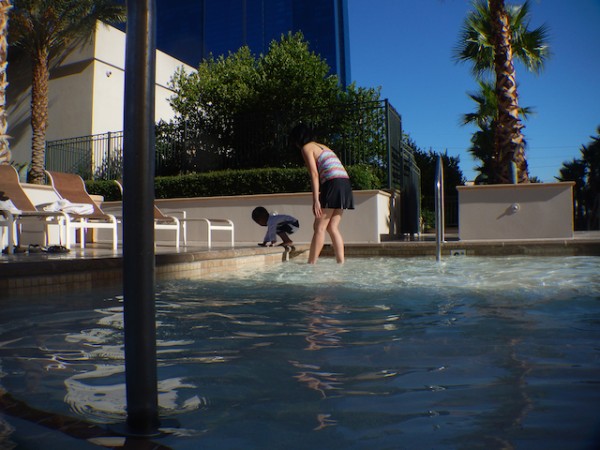 There he goes again! 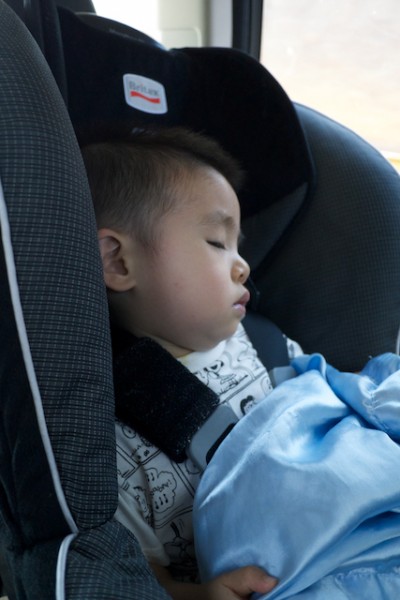 Aiden was so tired he fell asleep practically immediately after getting inside the car. 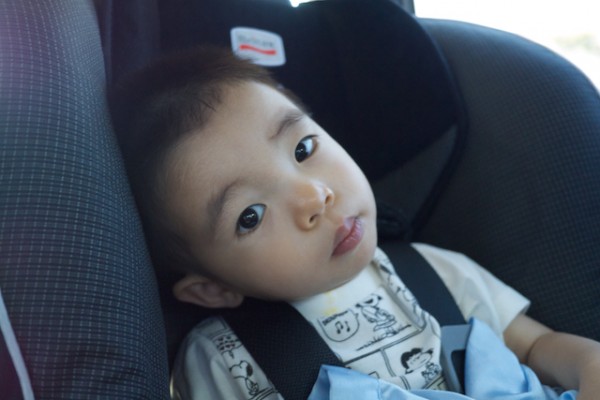 He slept for a few hours, most of the way home. 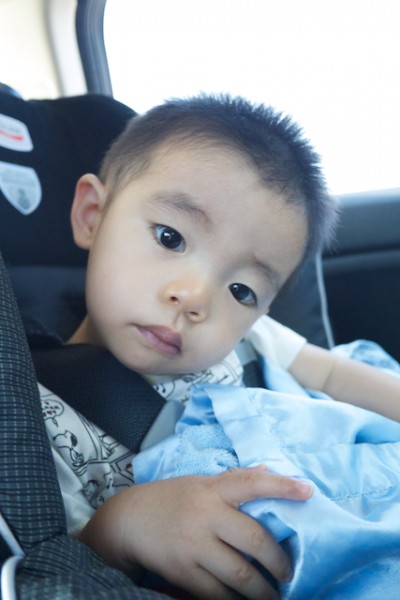 Going home was a much smoother ride. 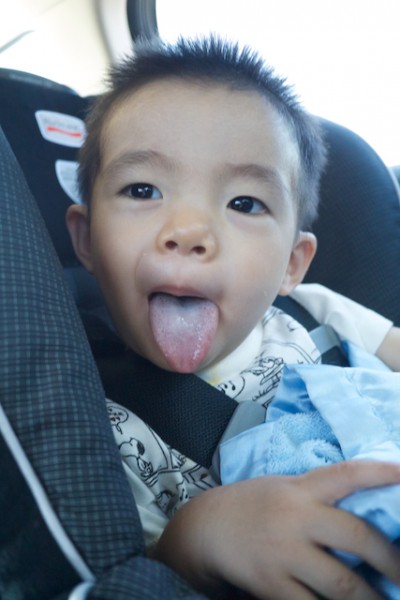 It took half the time! 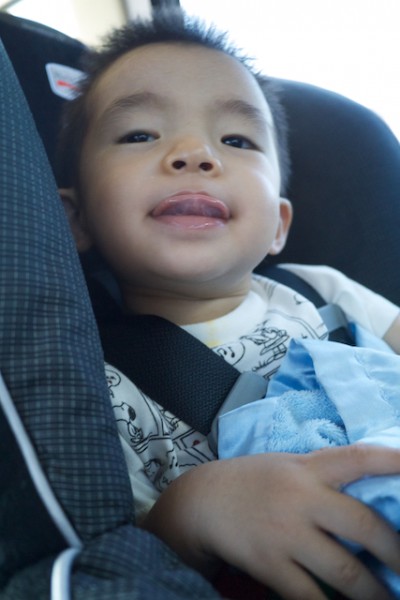 Aiden was very energetic when he woke up. 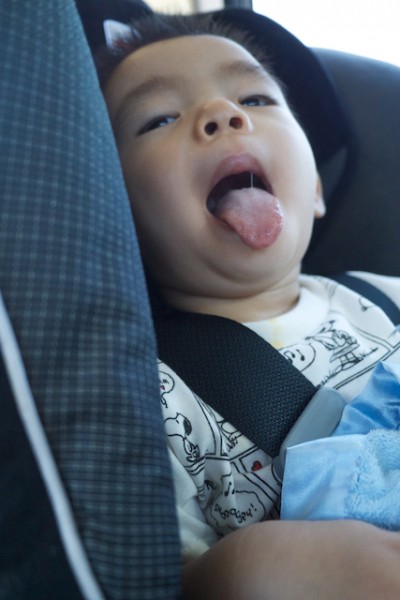 When we got home we realized we left a bag of Aiden’s utensils in Vegas. 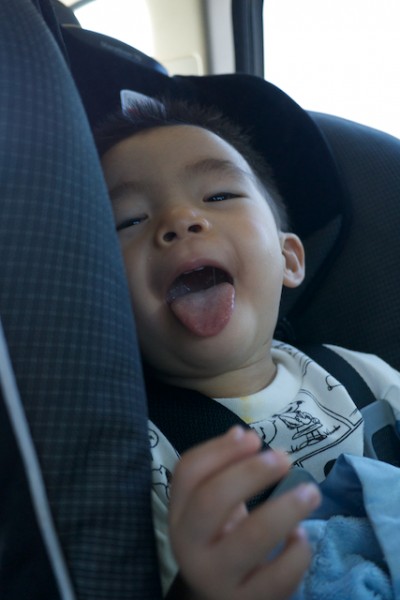 Seems like when we go on trips we end up losing things. 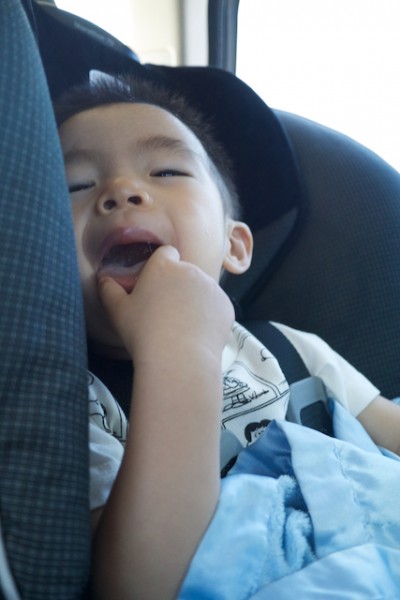 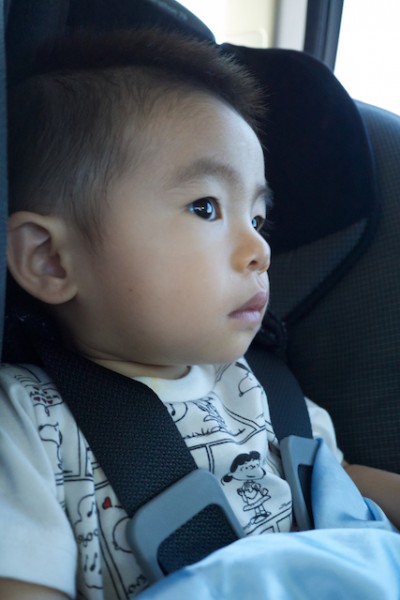 He’s so funny when we were in Vegas he would point to suitcases and try to say “喼”  Seems like his favorite word since going.