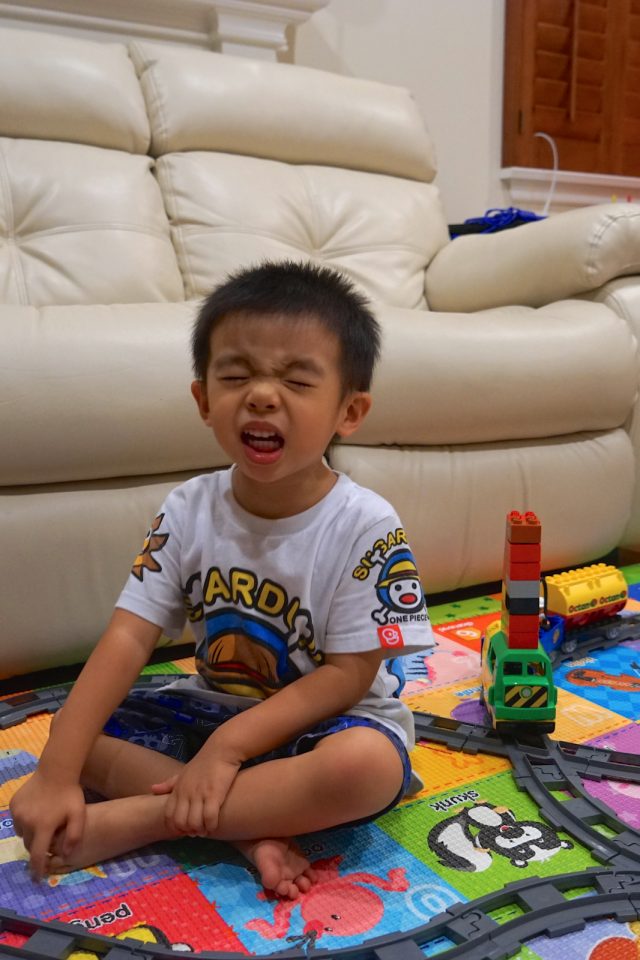 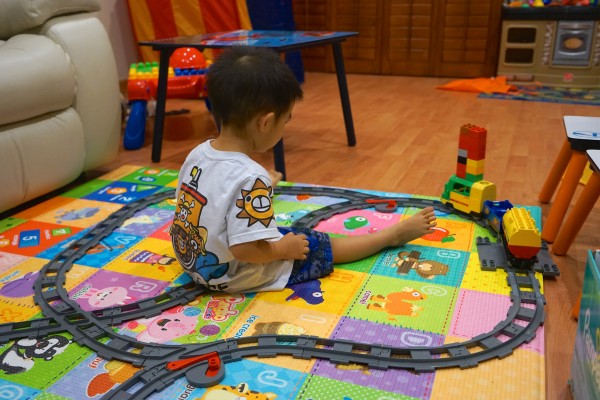 It’s very fun for Aiden because now the train has different routes it can go. 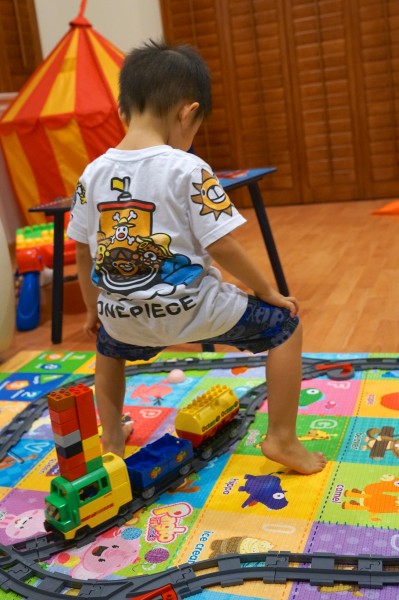 Aiden stacked his train very high up and that’s his game to “show” what he can do to avoid the train. 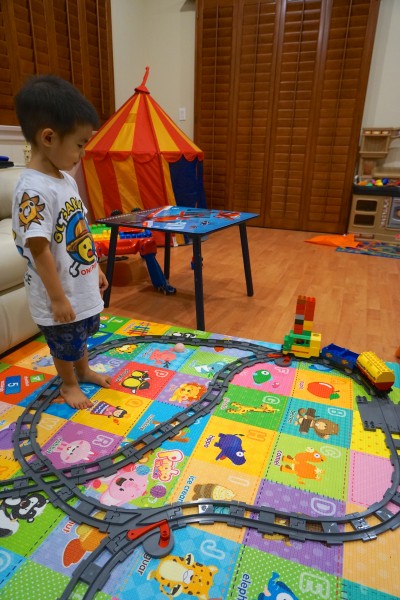 When Aiden began school at 6 months, I had to fill out a form for school noting 3 characteristics about him. 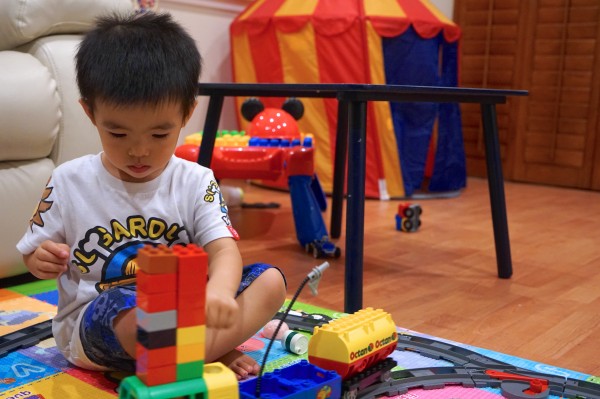 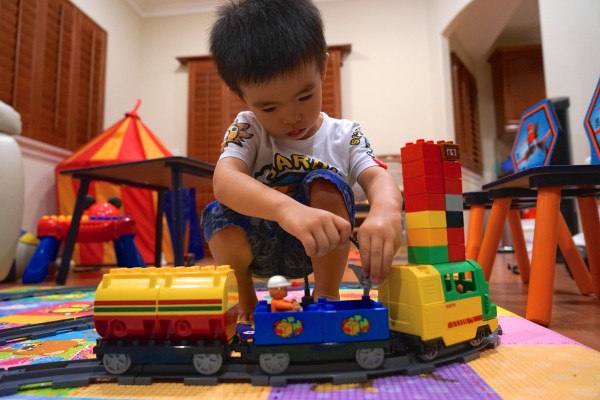 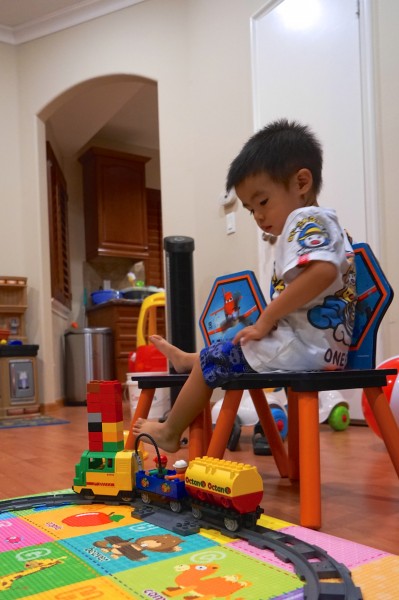 I wonder if some of these things are naturally just what defines a toddler. 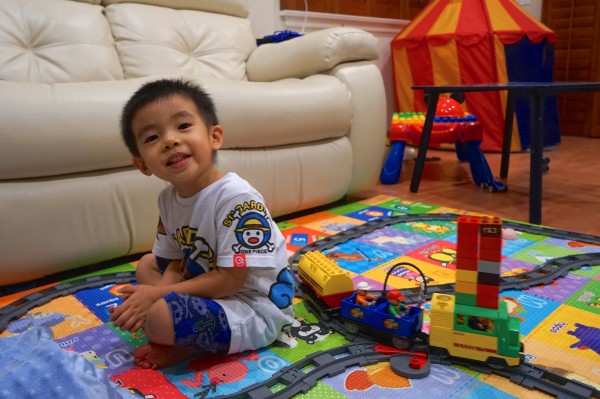 Aiden has also officially reached the stage of awkward smiles. 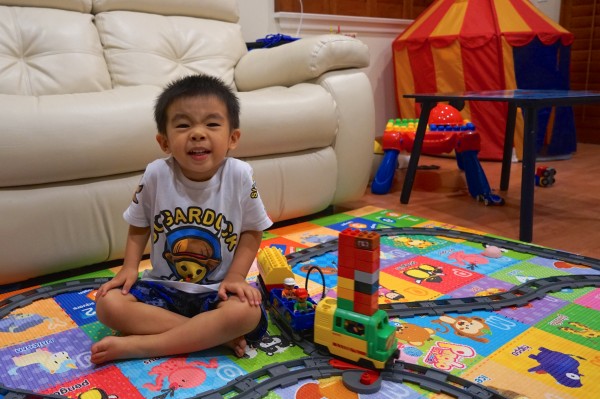 I hope he gets out of them quick because I much prefer his natural smile. 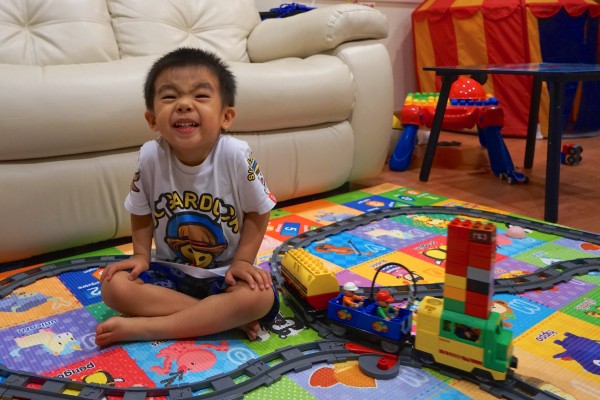 He’s also speaking about 90% English now, although he understands a lot of Chinese. 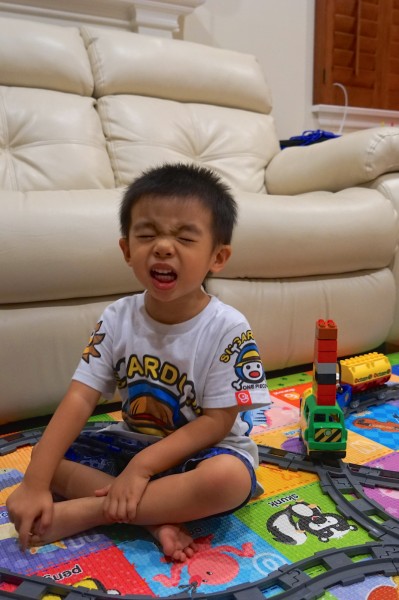