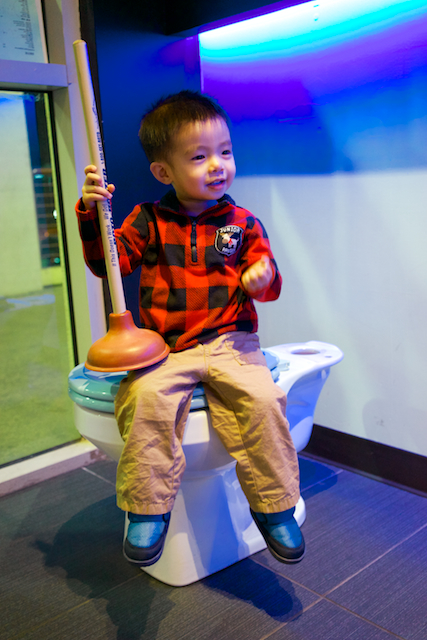 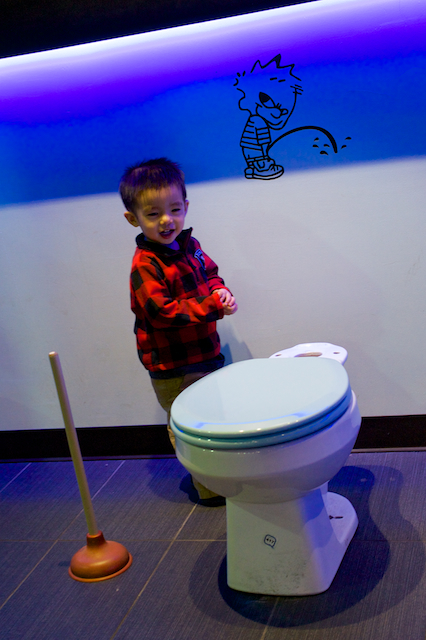 One of our New Year’s Resolution for Aiden is for him to be potty trained. 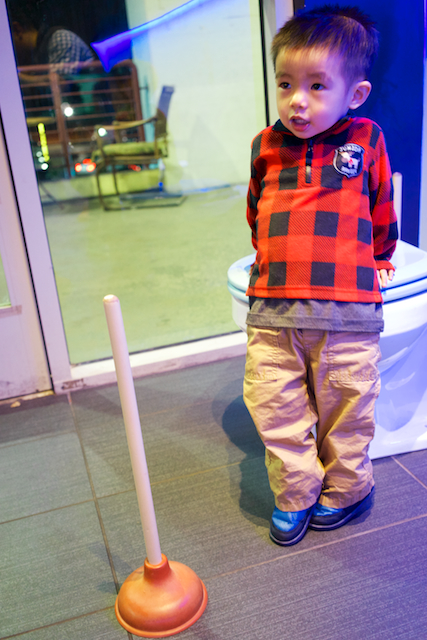 After taking a step forward in that direction, he had taken 2 steps back. 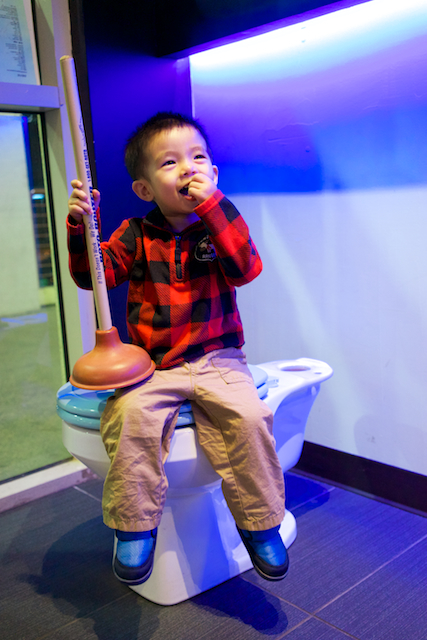 Now, he’s kicked back in gear to use the training toilet at home. 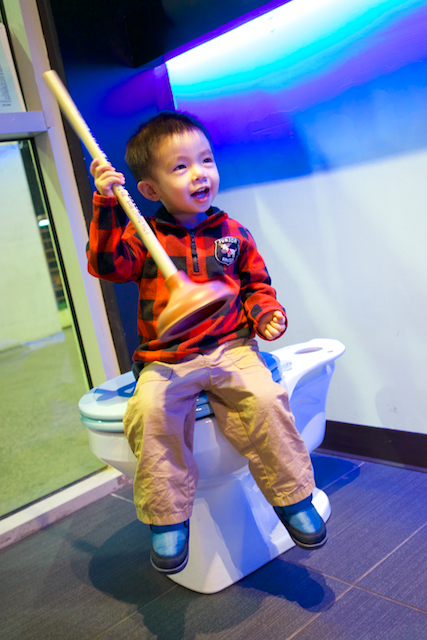 Aiden was very happy prior to that, as just a day before he was playing pretend with me. 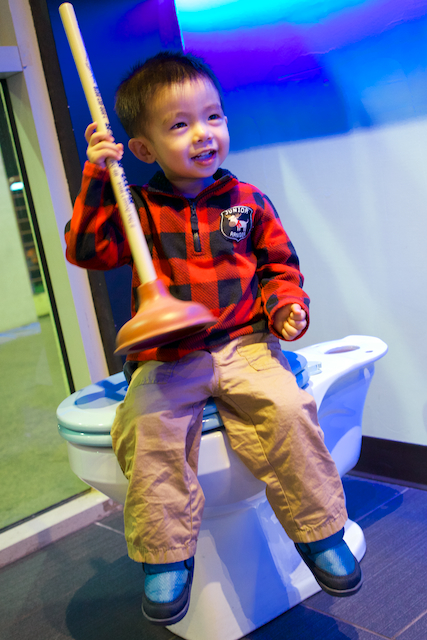 …pretending that we are out to dinner with the Chan’s. 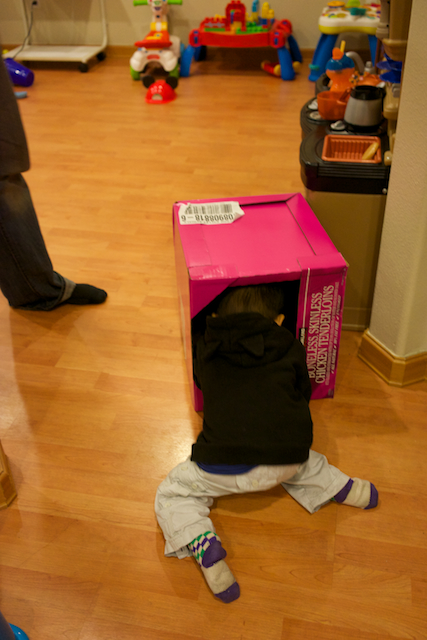 He finally got his wish! 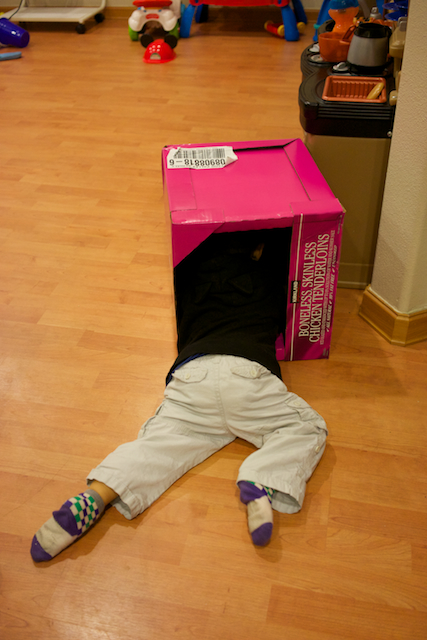 But too bad he wasn’t in a good mood and didn’t enjoy their company much during dinner time. 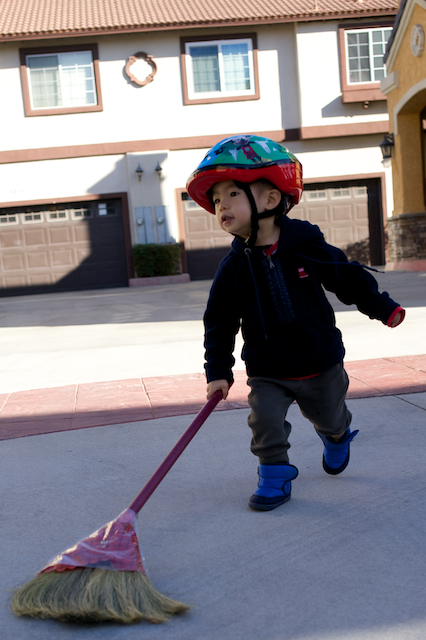 Aiden suffered his first car accident this year – luckily just a slight bump from behind as it was a stop and go traffic on the freeway. 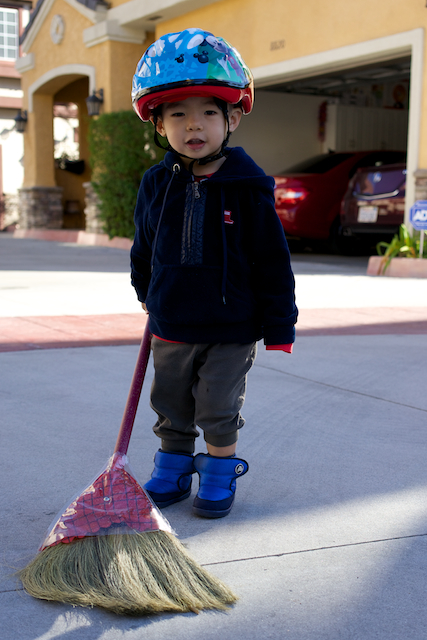 But it’s not the first accident, which was when he was still in Mommie’s tummy. 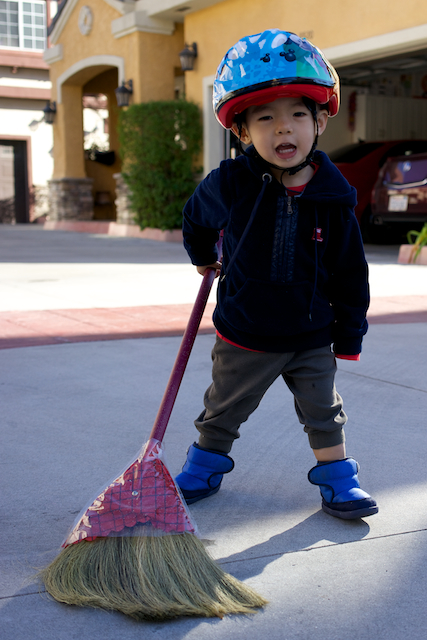 I still remember the doctor telling me not to worry as Aiden has got a lot of padding inside to keep him safe. 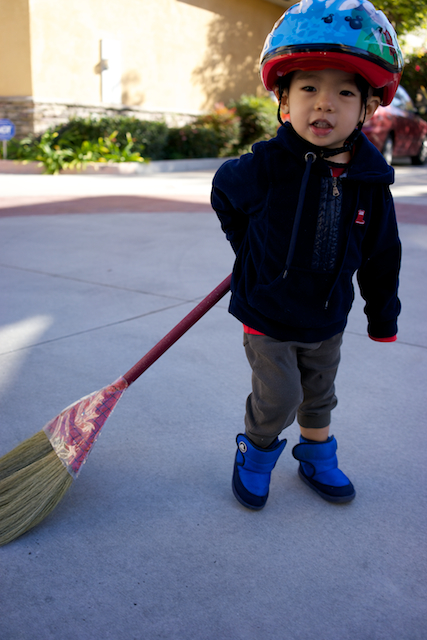 Now that Aiden can eat nuts, I’m keeping track of what new nut food he is eating, similar to like when he just started eating solids. 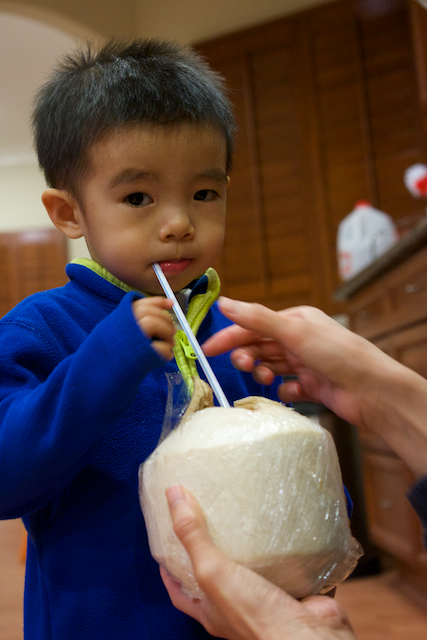 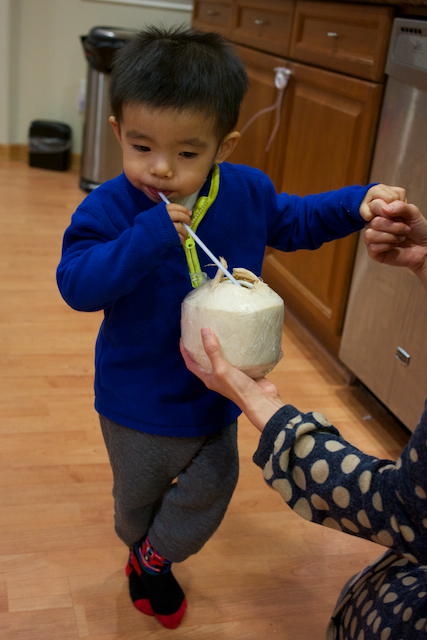 He loved it and held my hand as he was afraid I would take it away. 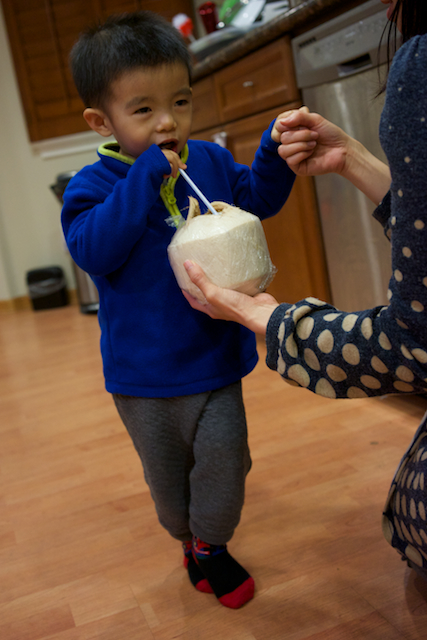 He wanted more and more. 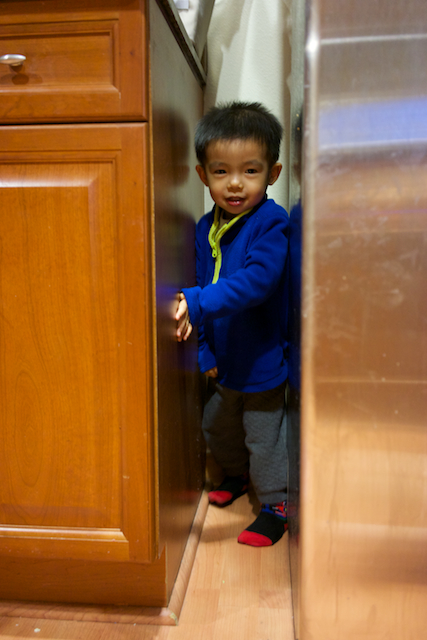 2 years old and still fits between the fridge and cabinet. 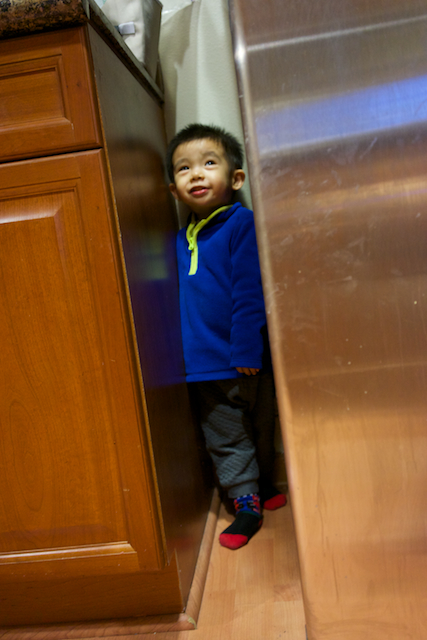 He doesn’t go in there much, but when he does Daddie seems pretty surprised he still fits. 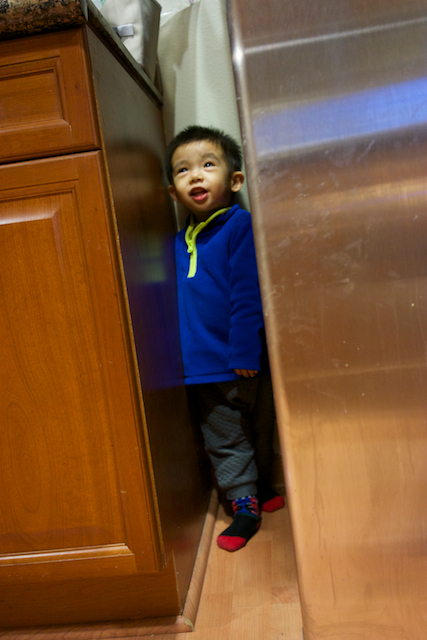 Cleared to have coconut as well! 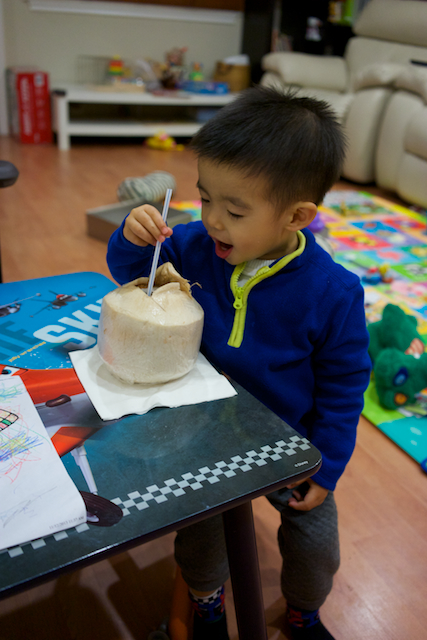 He basically drink it all by himself – in 3 days. 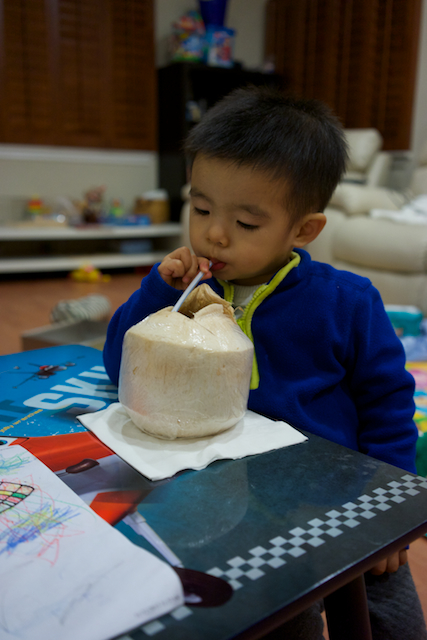 But his bad habit is he always has to remove the straw from the container. 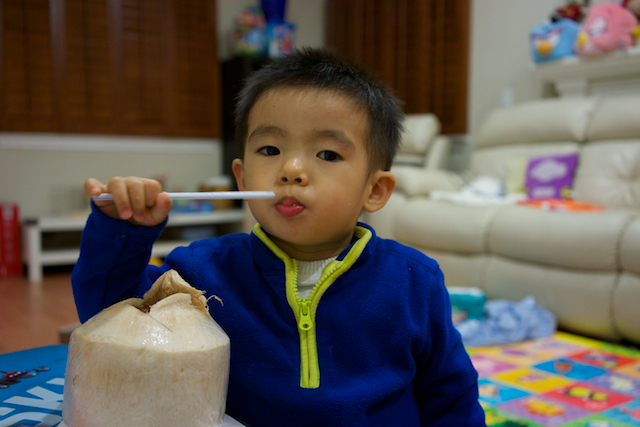 But that’s a normal kid thing to explore. 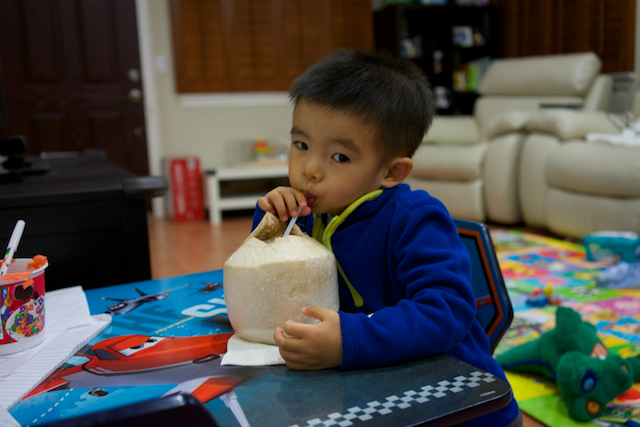 After Aiden’s last Doctor’s appointment, he remembers his doctor and tries very hard to say “醫生伯伯.” 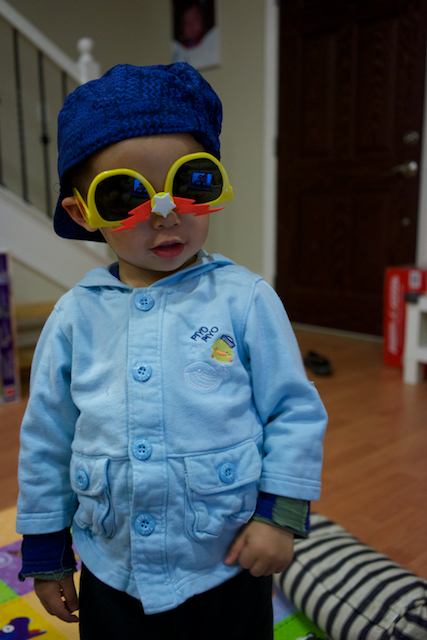 He would say “I like him” in a very excited tone! 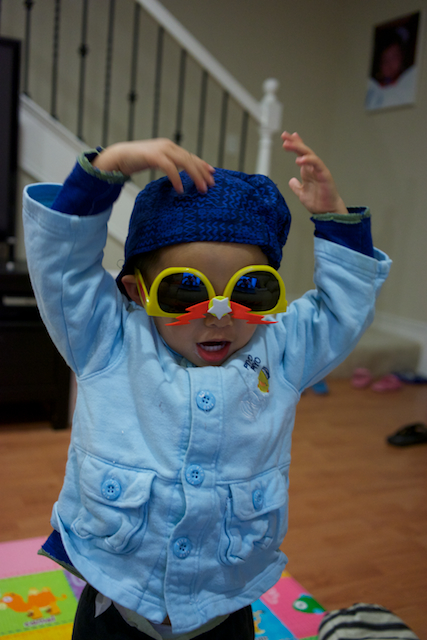 And he doesn’t like to be called baby.  He’s a big boy now! 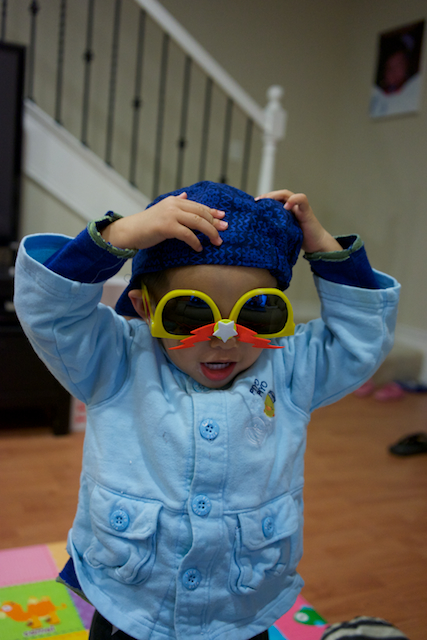 If only we can get him to eat using utensils on a more regular basis…..