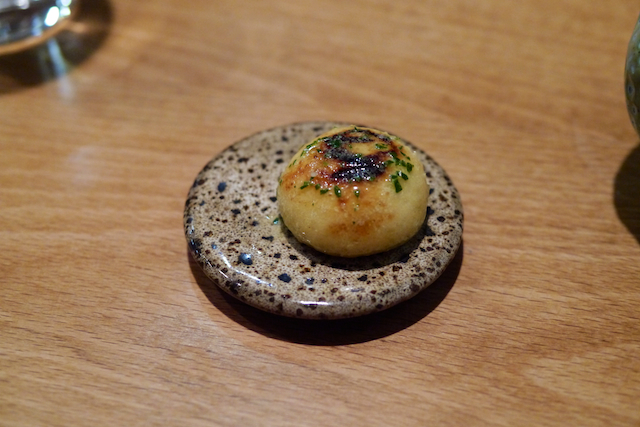 Yes, this is their door front below.  One would probably think this is just another local pizza joint in the ghetto Hollywood neighborhood.  During dinner, we actually overheard a group of diners were 45mins late due to driving around looking for the restaurant.  Obviously, they hadn’t done their homework before coming over. 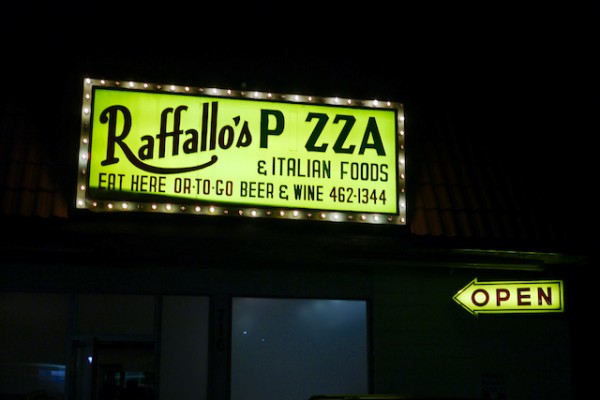 Same as other Ludobite pop-up events, reservation is required weeks ahead and fully booked within minutes.  Not to mention, there were only about 26 seatings during each time slot, one @ 6pm, and the next one at 8pm.  We booked a pair seatings at 6pm, payment was required upfront which include tax and tips. 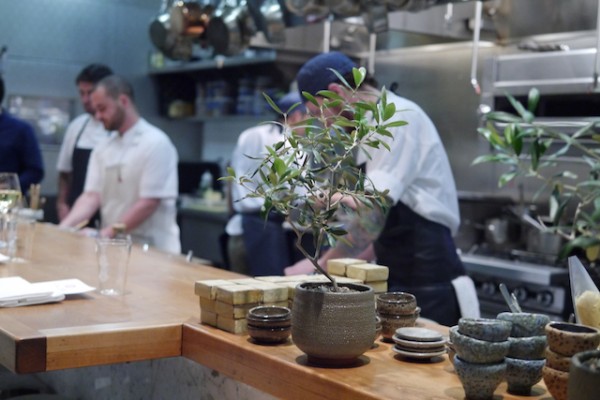 We were sitting in front of two “bonsai” tonight. 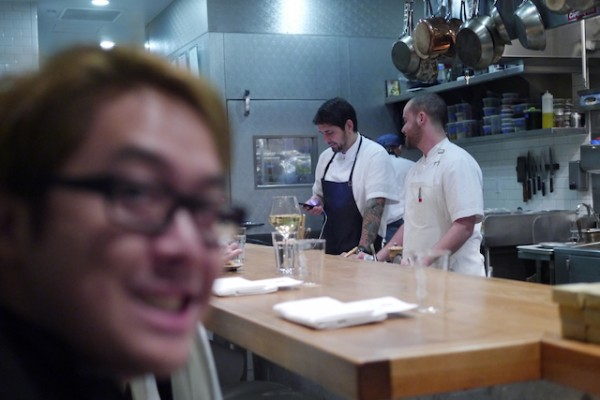 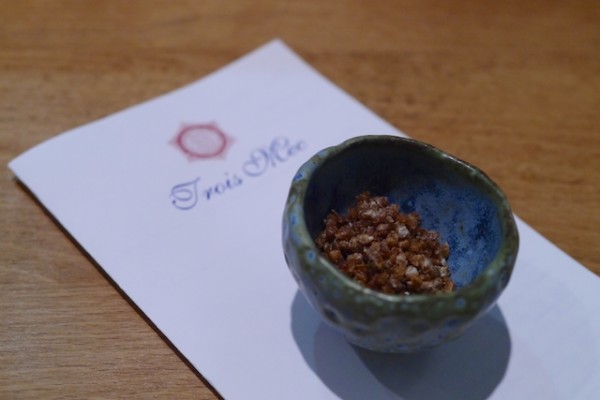 Some “pop corn” snack to begin our venture. 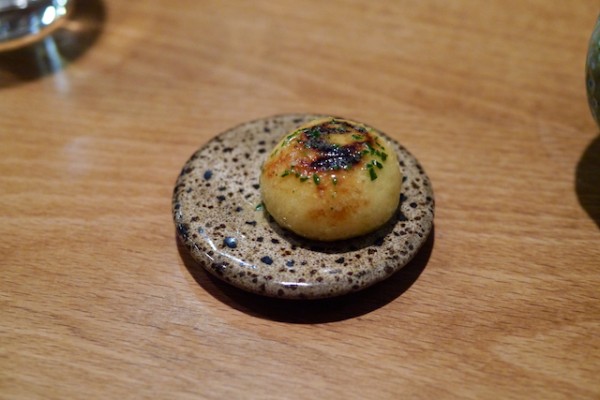 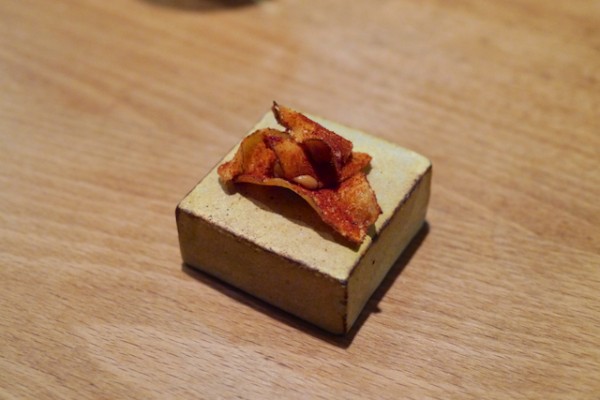 Chips with some spicy spices 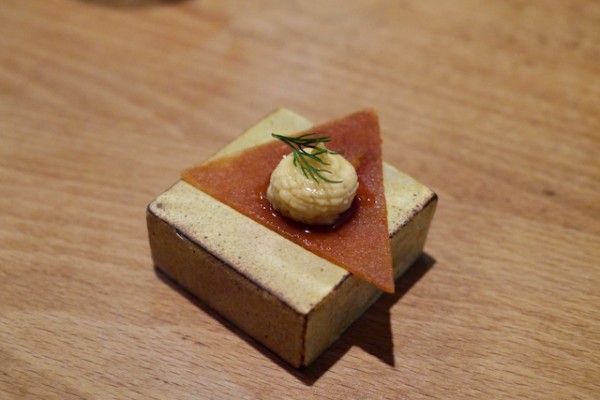 errr… already forgot what this is. 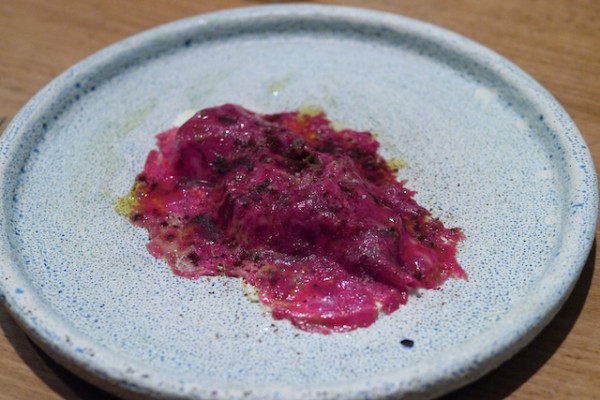 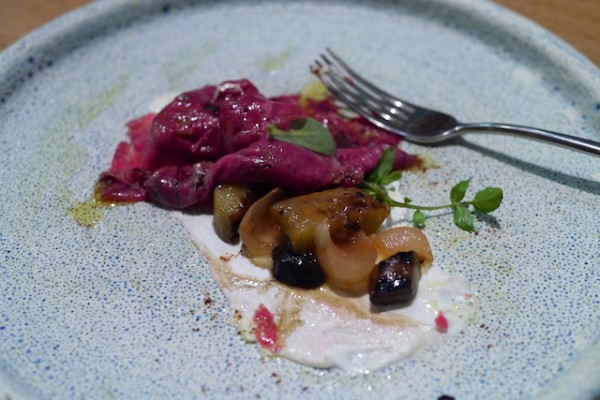 The best part was not the beef, but the stuff underneath it.  Very refreshing. 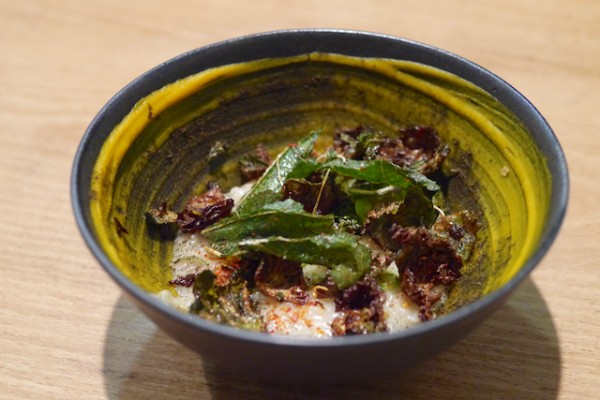 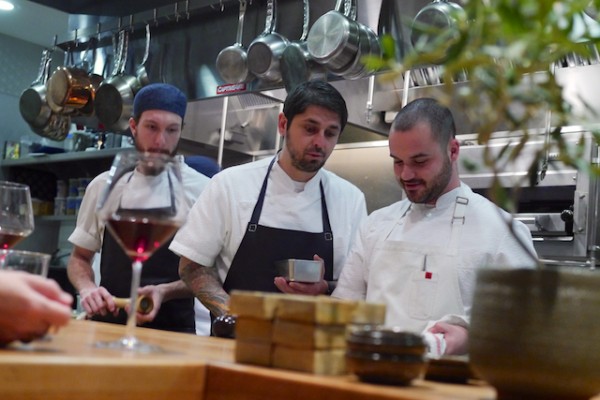 The chefs in action. 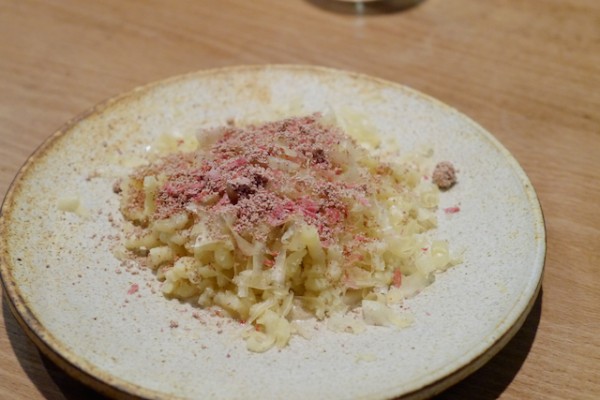 Next up is the Potato Pulp, brown butter, bonito, onion soubise, salers.

Just as we were discussing if the dinner would fill us up, they brought up the potato pulp.  With the porridge and potato pulp, I’m sure this meal will be satisfying. 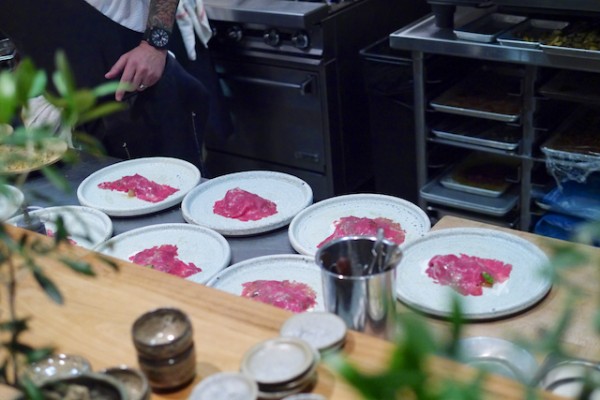 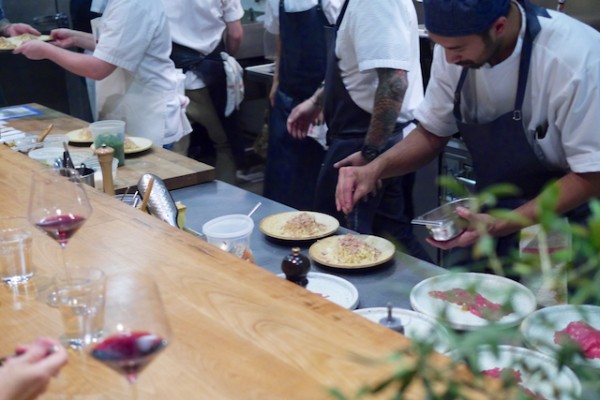 and the potato pulp. The potato was actually squeezed out from a garlic press like tool to form it shape. 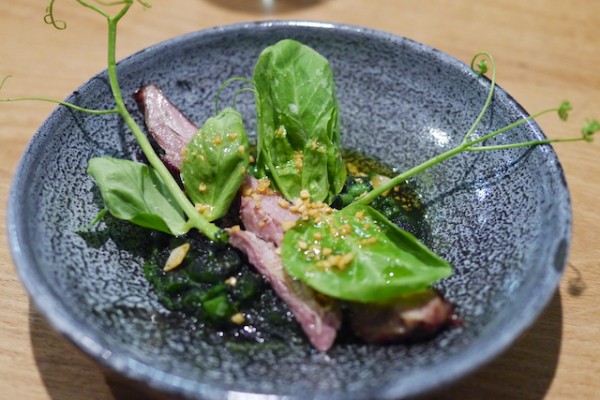 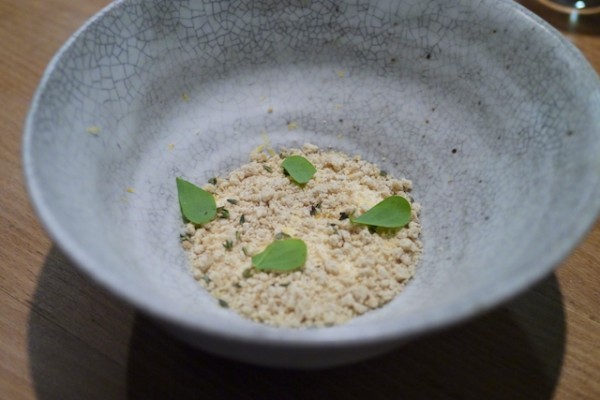 Dessert time, apple butter, creme de brie, toasted barley, hay.  Yes, you read that right, with HAY.  But I’ve already forgot what they do with it to make the dish.  A little salty, a little sweet. 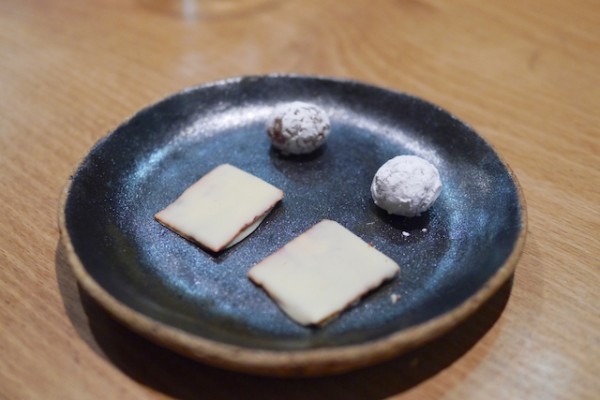 Last one of the night, Caramel candies on top, if you see how the chef make it, you would think this is just a 老泥丸.  At the bottom are the White Chocolate with Kimchi.  Yes, Kimchi, not cream cheese.  At first, we thought they said cream cheese as well, but there’s a very thin slice of biscuit/chip in the middle, it really taste like kimchi, salty and spicy.