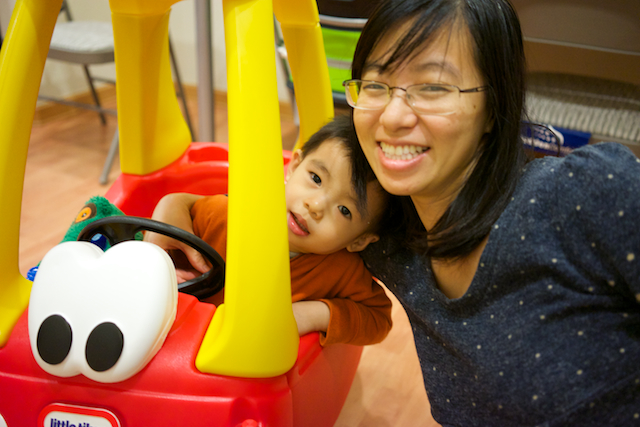 No sibling in the house, at least there’s 恐龍BB 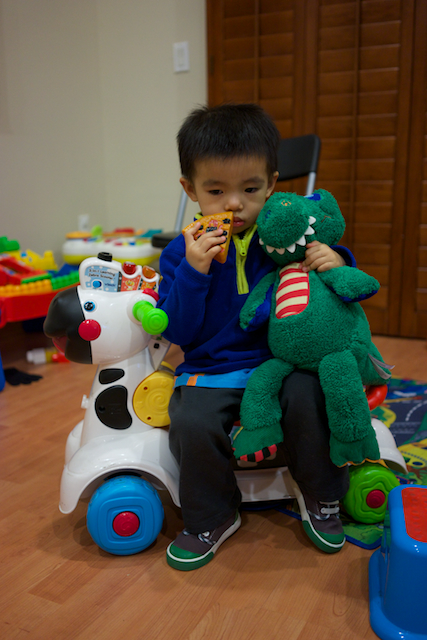 And he’s roaming around at home in his new shoes, that are still a little too big for him. 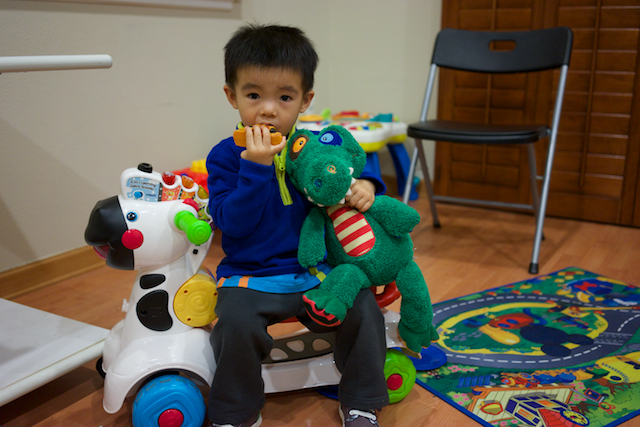 Although he won’t share his shoes with the dino BB. 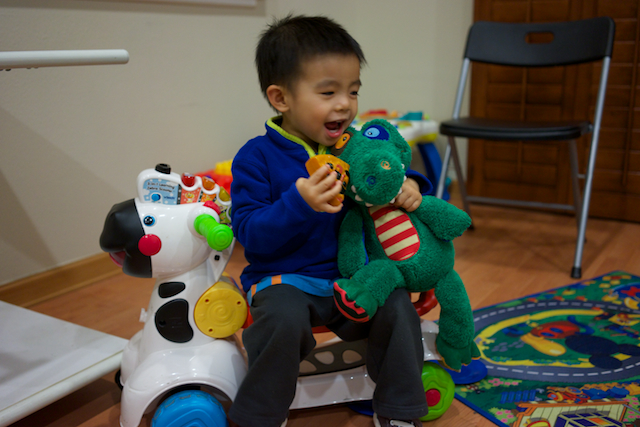 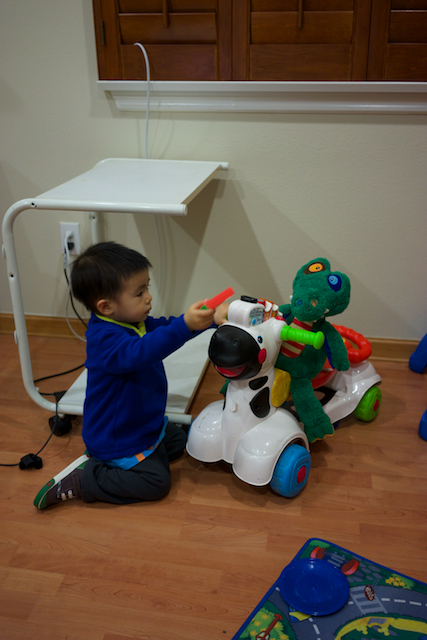 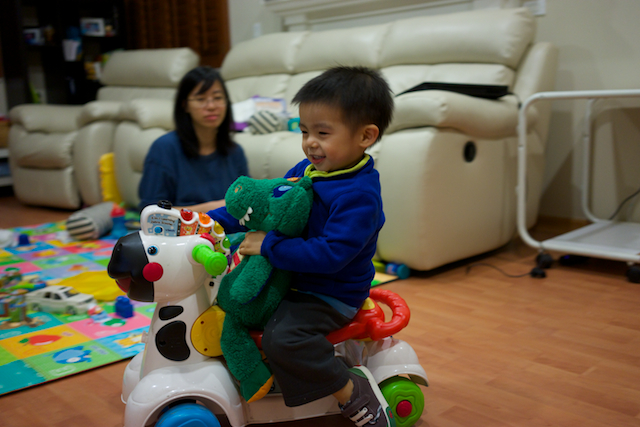 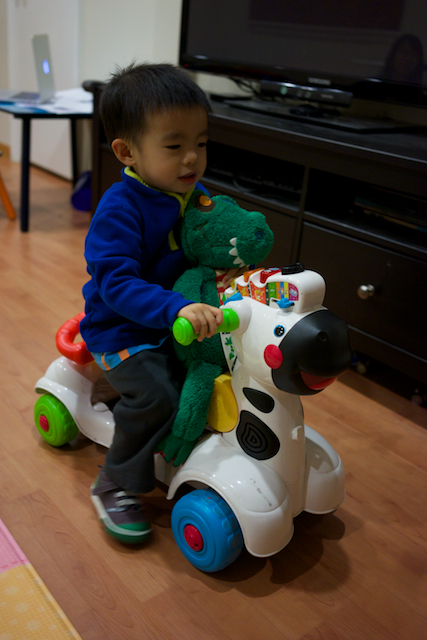 I usually sit and ride this way with Aiden. 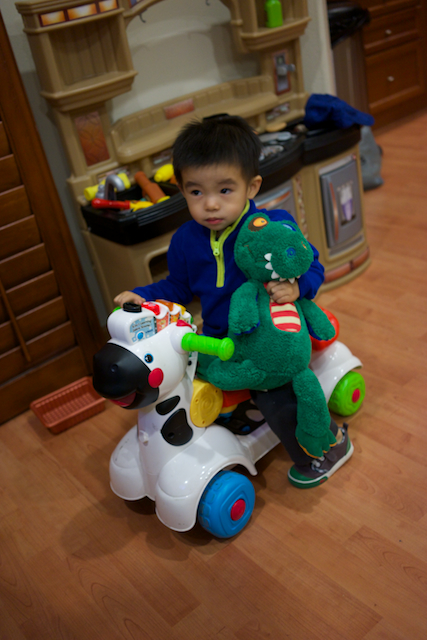 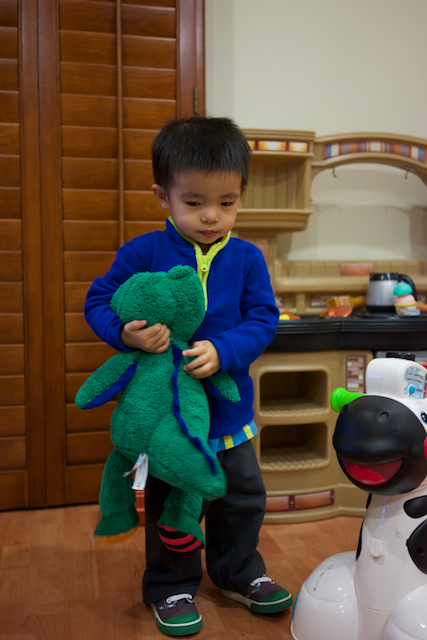 Making a Triangle with his fingers 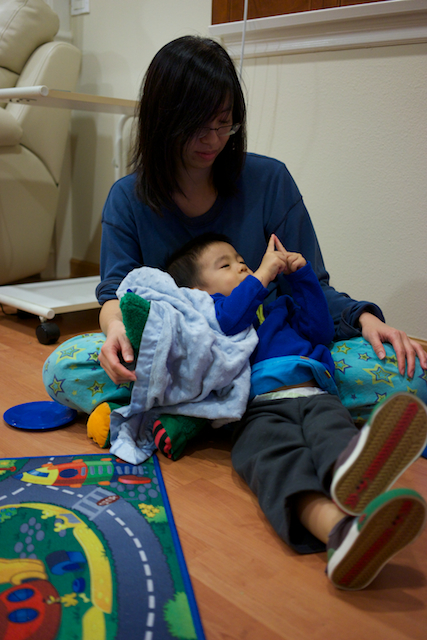 It’s tough to close the door, so Aiden usually won’t close it himself. 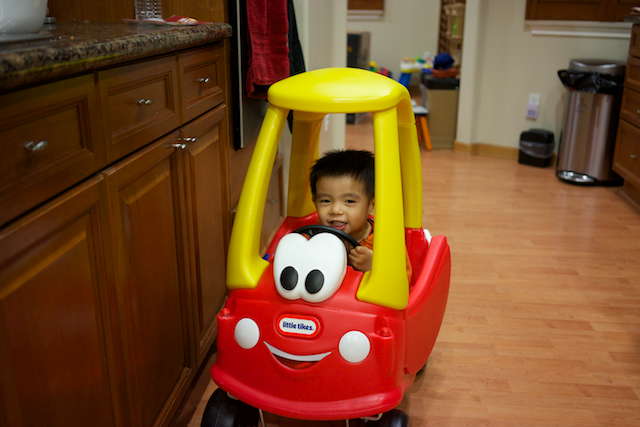 But when it is, he likes to climb into the car. 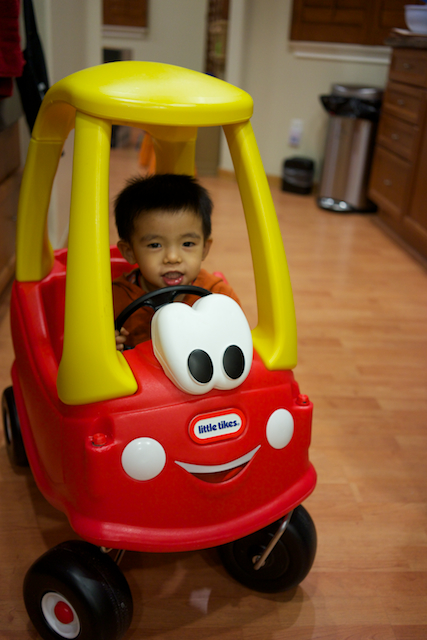 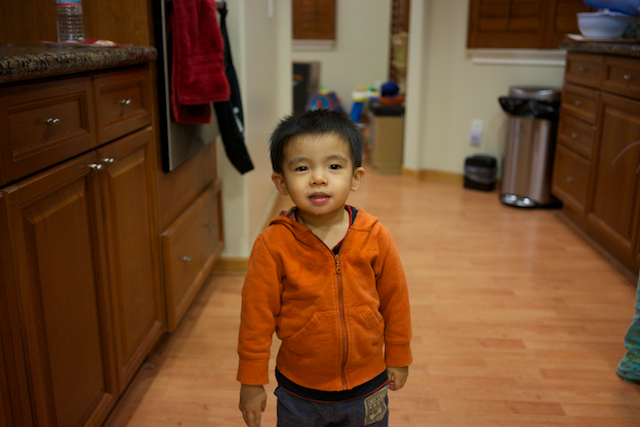 But this little boy has taken up screaming and talking extra loud. 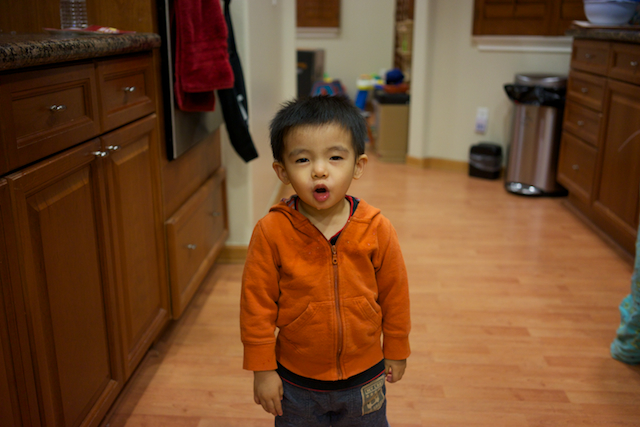 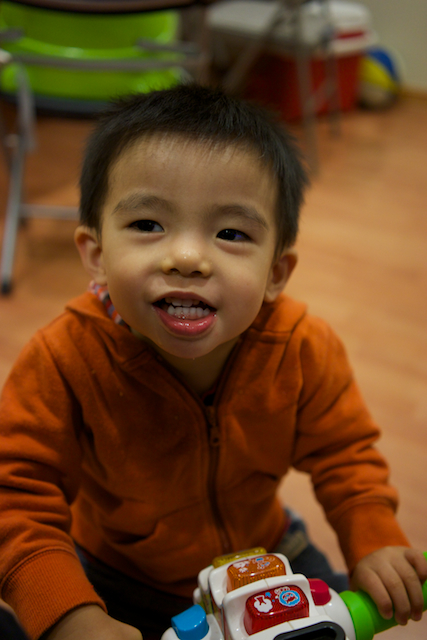 Every little thing, he’ll ask “what happened?” until he gets an answer. 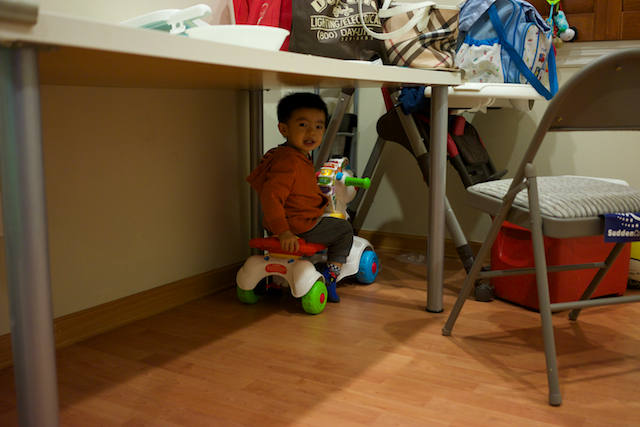 If he hears a different sound, he’ll ask us as well. 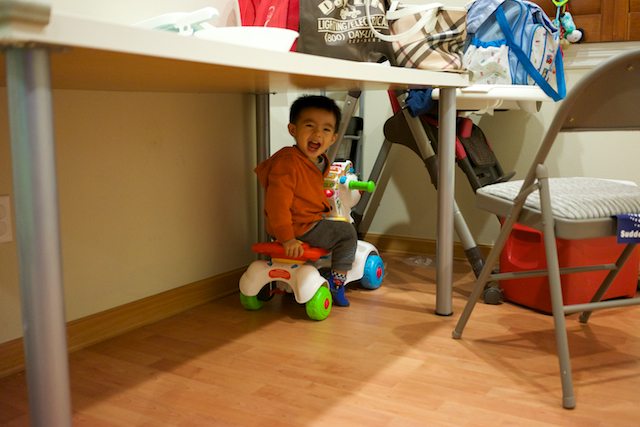 After he surpassed the 100 word milestone, we haven’t really been keeping track of what he’s been saying. 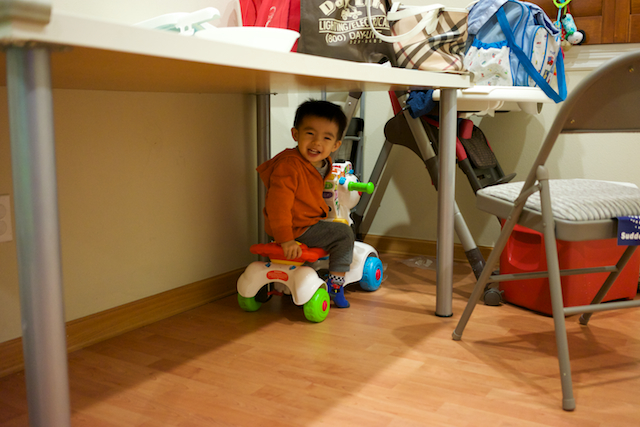 He is forming more sentences together. 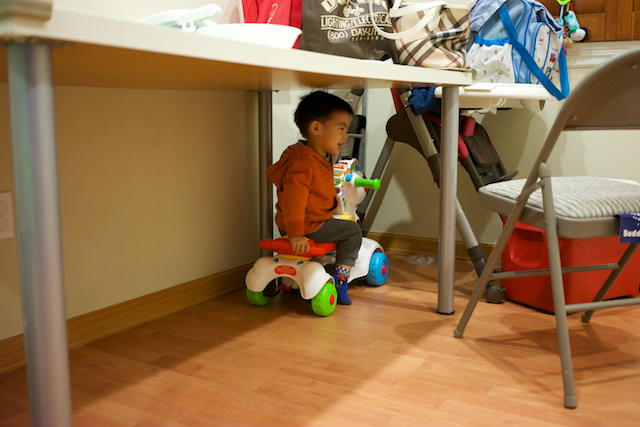 When Aiden wants to be held to go downstairs, Daddie will make Aiden ask in one sentence, 要一起呵成 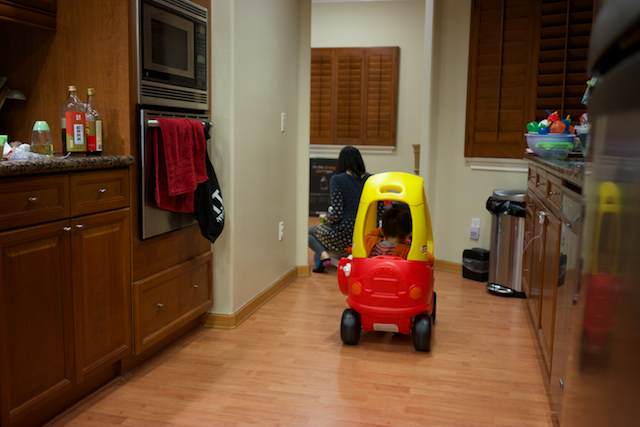 While I am in charge of playing cars with Aiden. 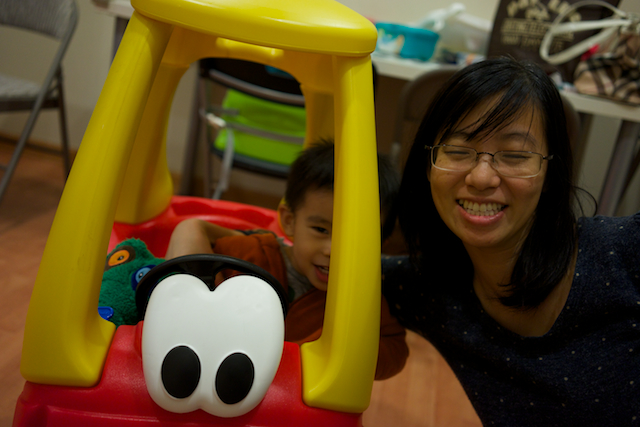 Who says Dino baby is his bestie? 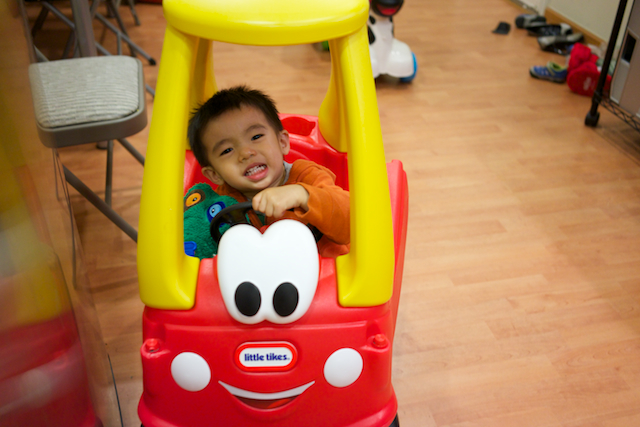 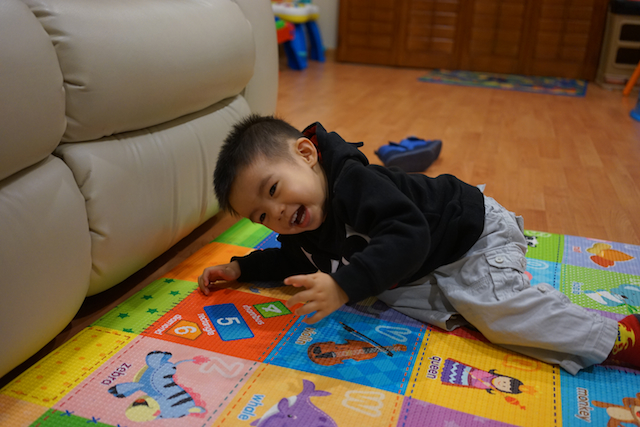 Daddie brought home a special drink for Aiden one night. 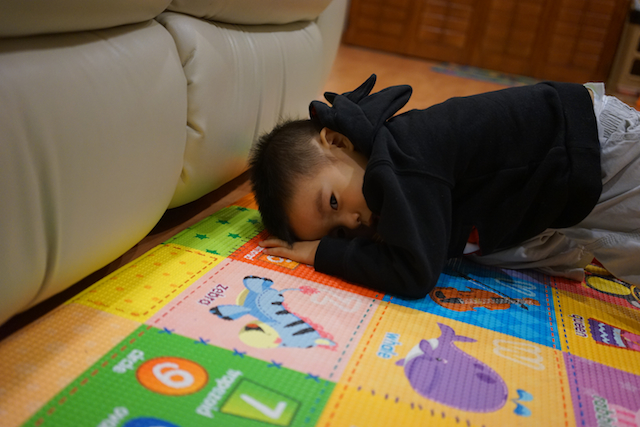 We didn’t tell him what it was, but he knew after taking a sip what it was. 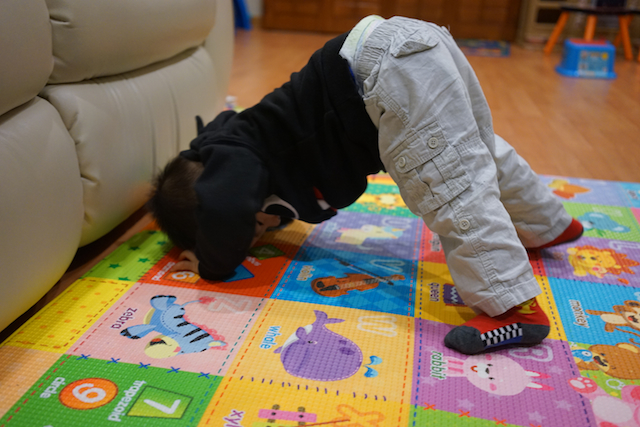 Chocolate! How quick he learns when he likes something….guess that’s the case if you’re 2 or 20.