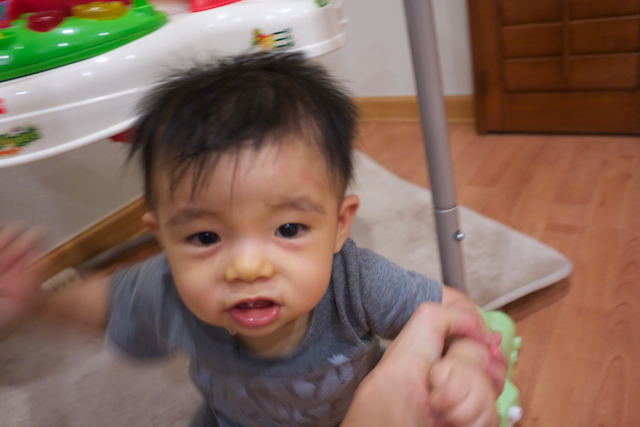 Lean against Daddie, and watch a few minutes of TV…not bad, not bad

But that’s only a short amount of the day…

The rest of the day he was super active, going up the stairs about 4-5 times.

It was hard when Daddie was giving him a hair cut because he was constantly moving.

The finger toothbrush helped, as he was relieving his toothaches with it, and stayed “put”.

And he also had lots of things to say, mostly “da da, da da”

Is he trying to say Daddy? 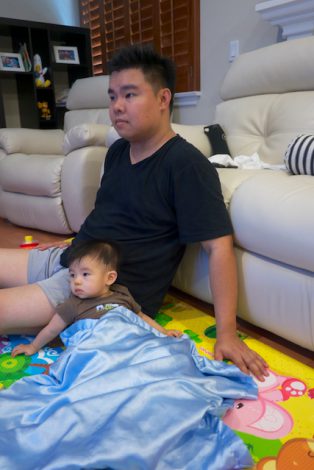 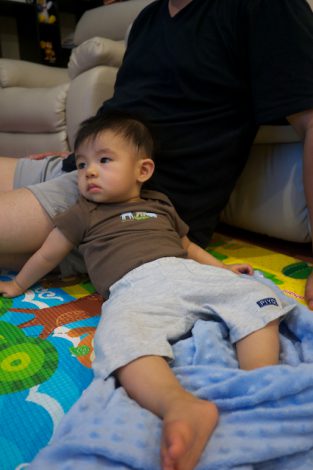 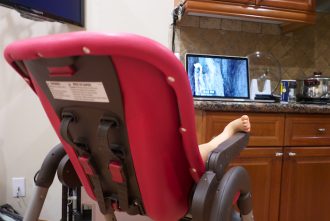 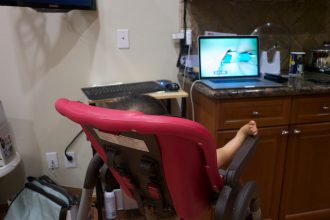 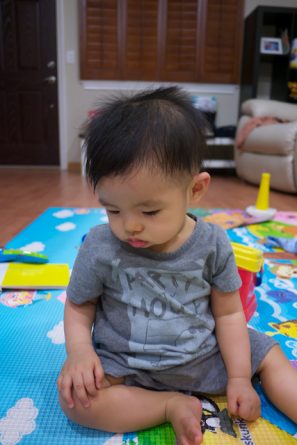 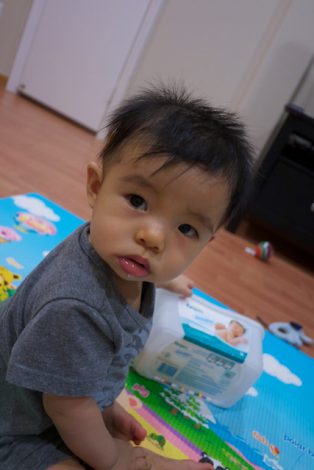 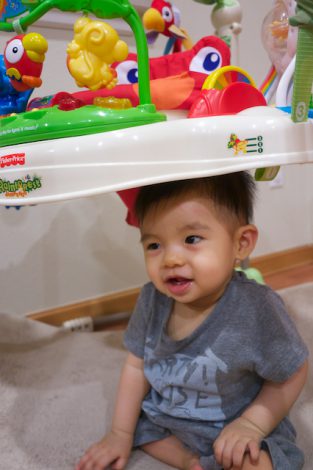 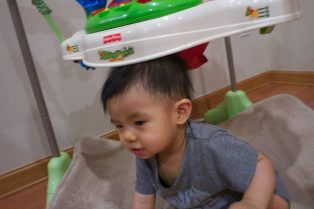 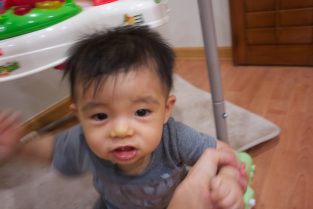 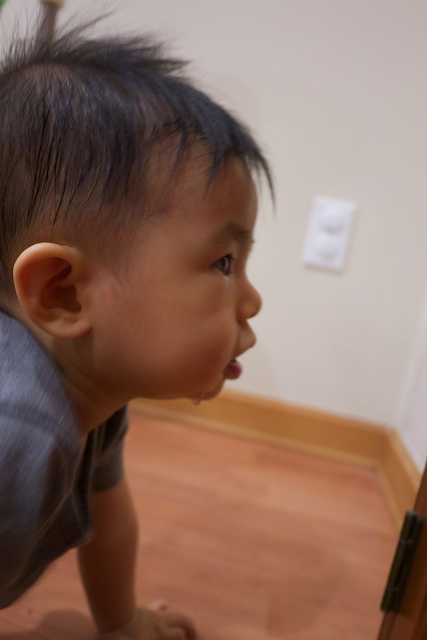