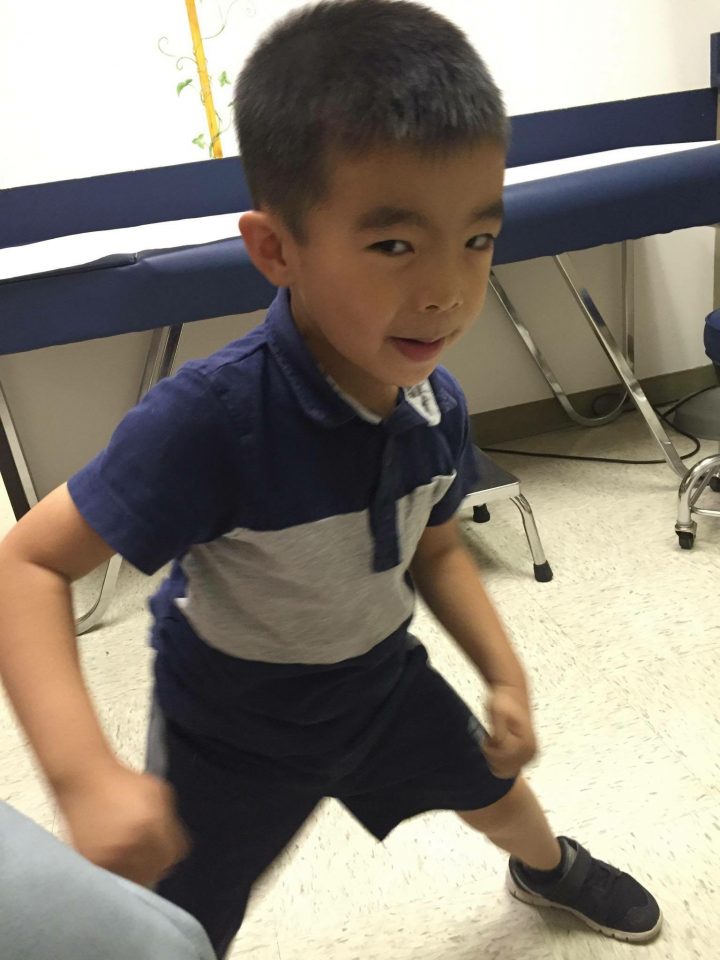 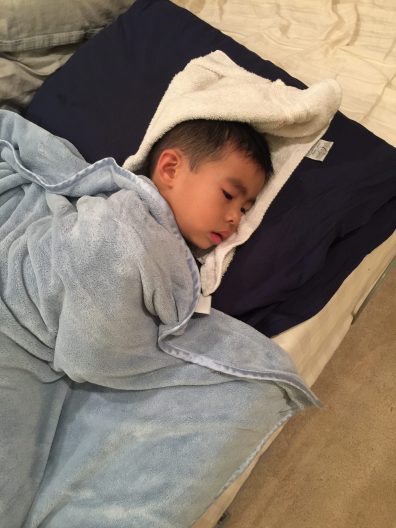 Someone was running in the bathroom tonight. 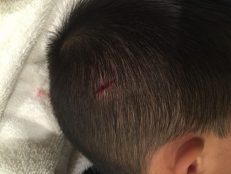 He ran into the shower and slipped. 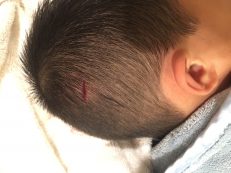 Bumped his head at the bottom of the shower door metal frame. 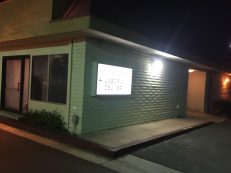 The cut was about an inch long and a bit deep. I can split his skin. 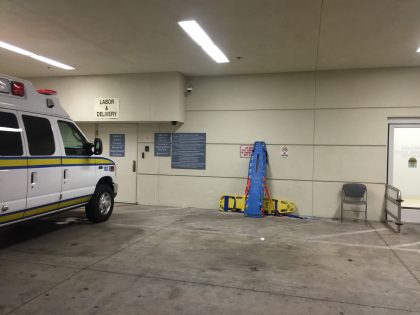 no, we are not going to labor yet. 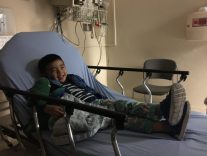 Surprisingly, there wasn’t much of a bleeding. 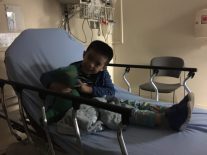 His usual bloody nose is much worse. 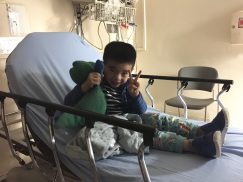 Having “FUN” while waiting inside the ER.

It past his bed time.. and we have been here for an hour. Since he’s not bleeding at all, it’s not an “emergency”. 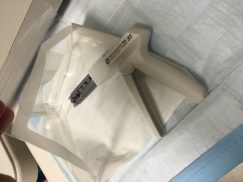 DR would use a staple to fix it. 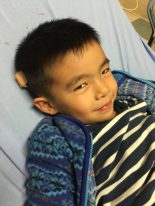 But first, they got to numb his wound. In Aiden’s term, he said he got a crack in his head. 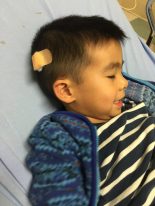 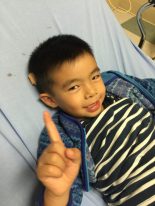 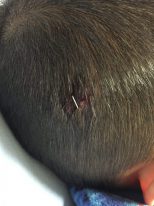 Just a little OUCH… and its done.. 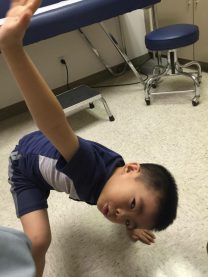 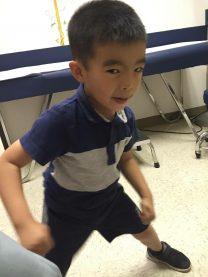 To make sure there’s no infection or anything. 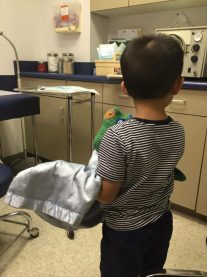 8 days after the accident, t’s time to take out his staple. 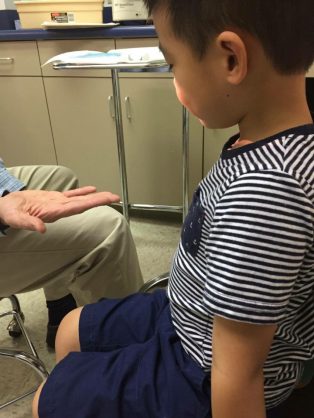 He has been waiting for this. 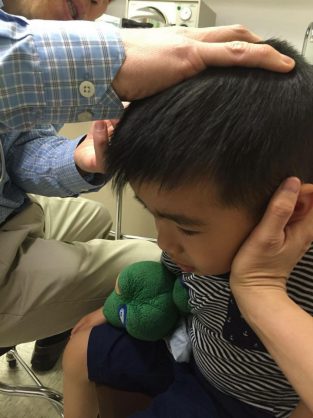 He said “ow” and it was over with. 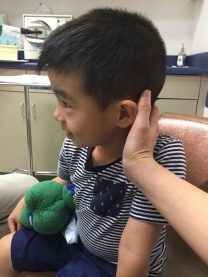 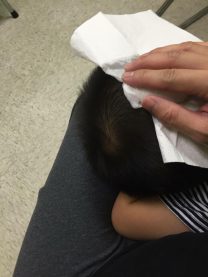 Just to make sure not bleeding again. 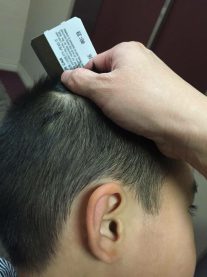 Heal up so quick, and he beat Daddy’s record for going into ER at the age of 4!!