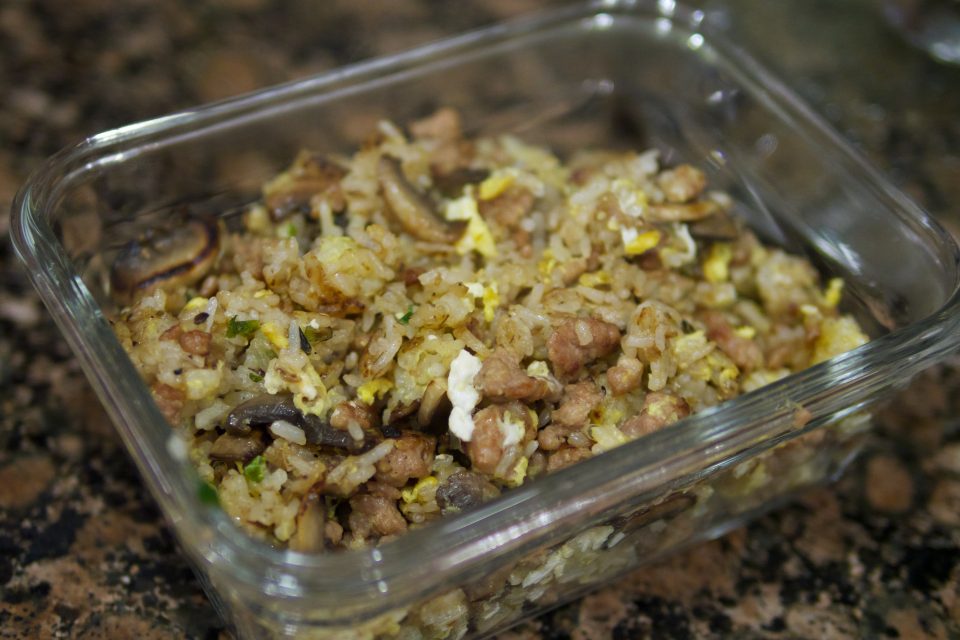 I’ve always enjoyed cooking, but honestly I’m not very good at it.

I don’t have the fundamental skills, and I’ll settle …meaning if I am missing an ingredient I will substitute another or just do without it.  If I miss a step, no big deal, eh I will get it right next time….

Just the other day Galen was saying, my food would taste alright if I just followed the steps, in order.

He also said he preferred it if I stuck with traditional dishes, and not to try weird combinations and such.

But I can’t help it…

My most recent urge (as of yesterday) is to make a good fusion fried rice that he will approve!

So tonight is my second attempt, which I won’t know what he thinks until he eats it at lunch tomorrow.

But I made it with mushroom, onions, minced pork meat, egg, soy sauce, truffle oil, garlic powder, and rosemary.

And if he doesn’t like it… I just have to try again! 🙂 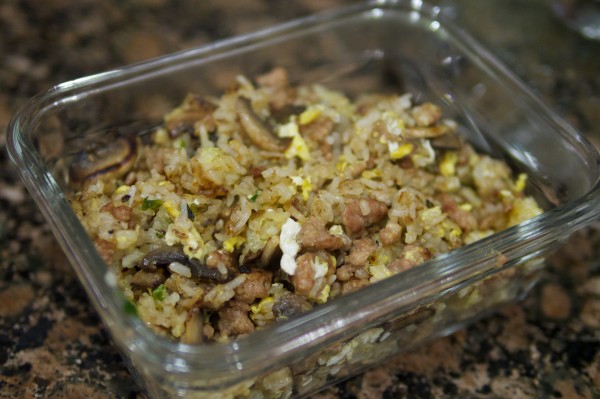