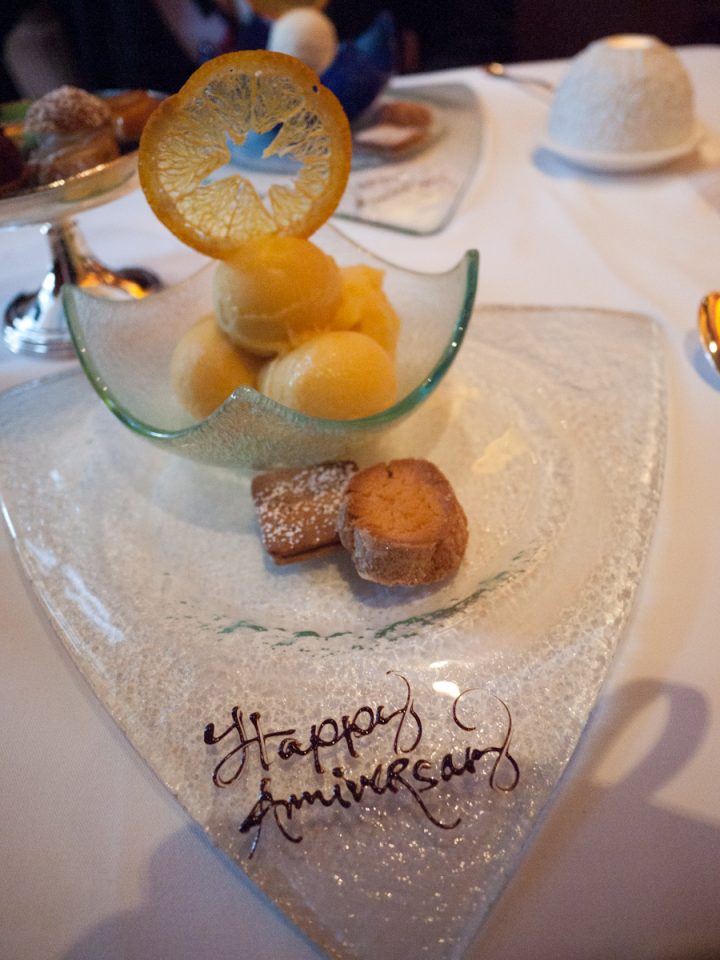 Le Cirque is a Michelin star French cuisine located inside Bellagio, Las Vegas.  Their new executive chef Gregory Pugin has just joined Le Cirque in spring 2011.  Gregory had spent eight years working with Joël Robuchon in France and New York.  (note: Joël Robuchon has his own Michelin 3 stars restaurant at MGM, first 3 stars in Las Vegas)  During a media interview, Gregory has mentioned his favorite and most enjoy cooking dish is the Paupiette of sea bass, and it just so happen the same dish wifey ordered too. 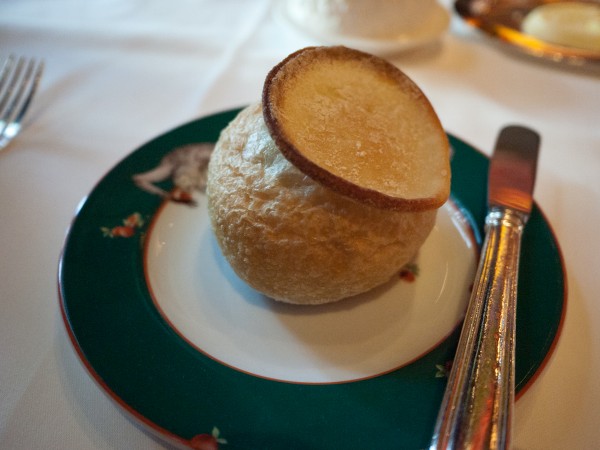 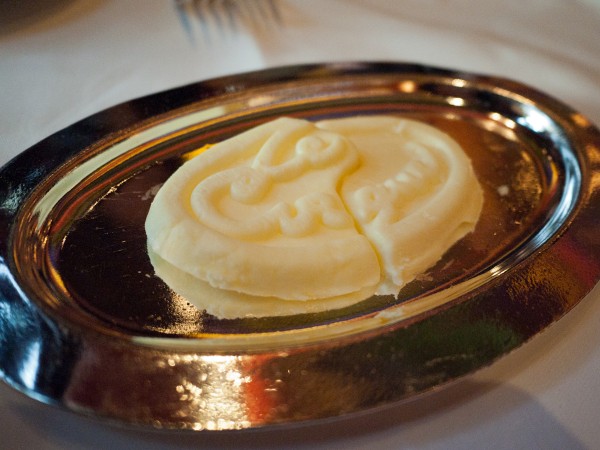 Le Cirque butter, salted on the left and regular on the right. 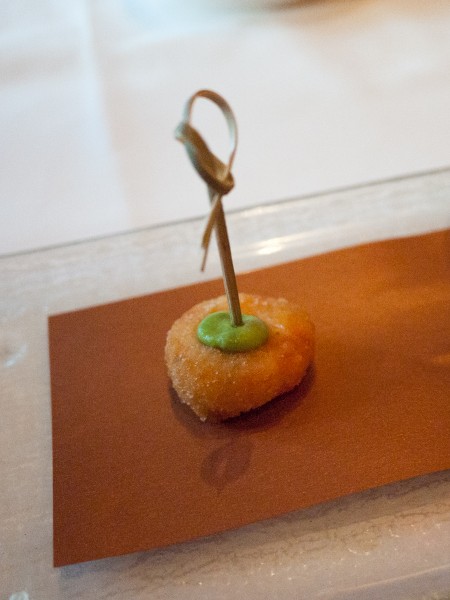 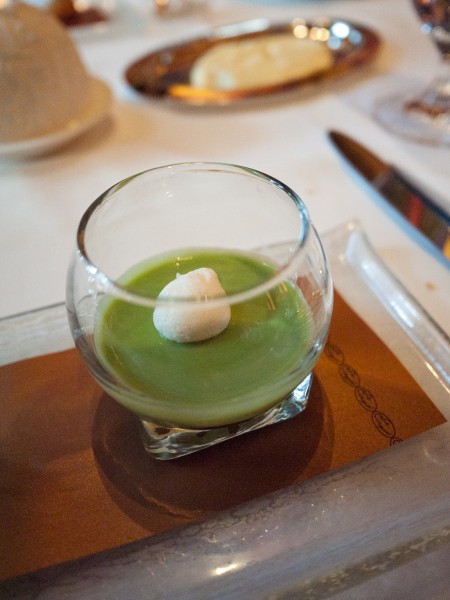 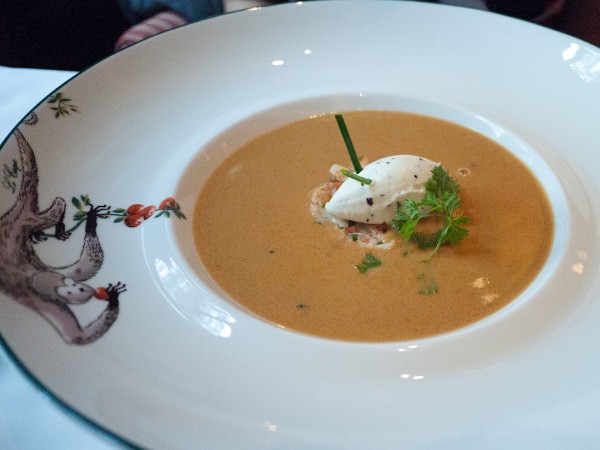 Lobster Bisque, Truffle Vacherin.  There’re chunks of lobster meat and the soup was rich in flavor; just the way I like it. 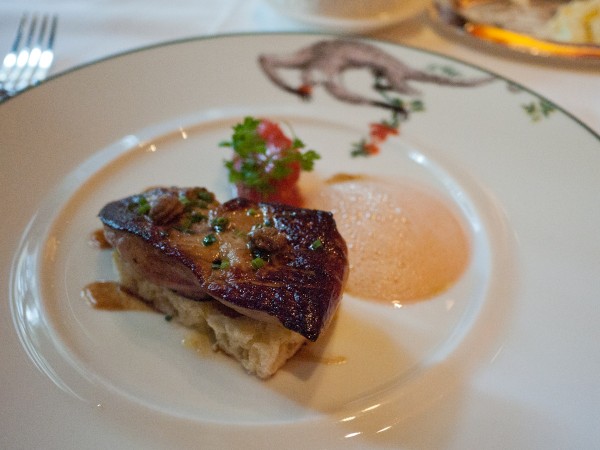 Foie Gras Sauté – It was good, perfectly seared and not dry at all; very well done.  I’m impressed. 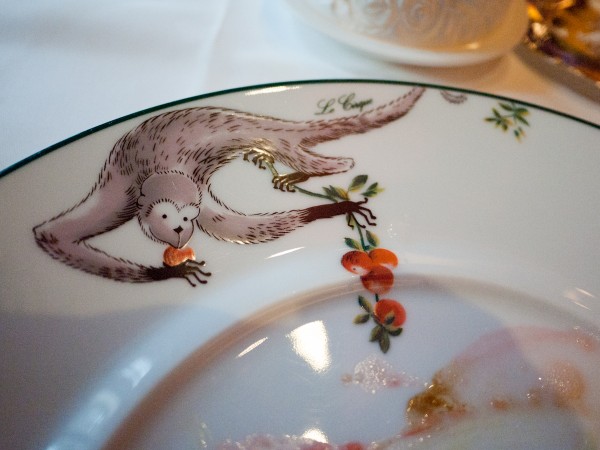 This monkey is their signature, appears on all the dishes. 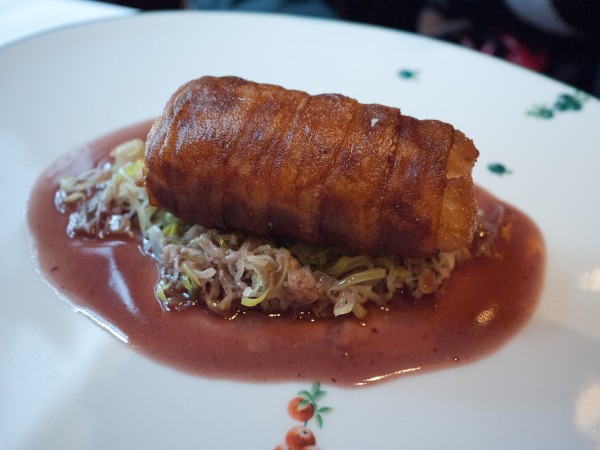 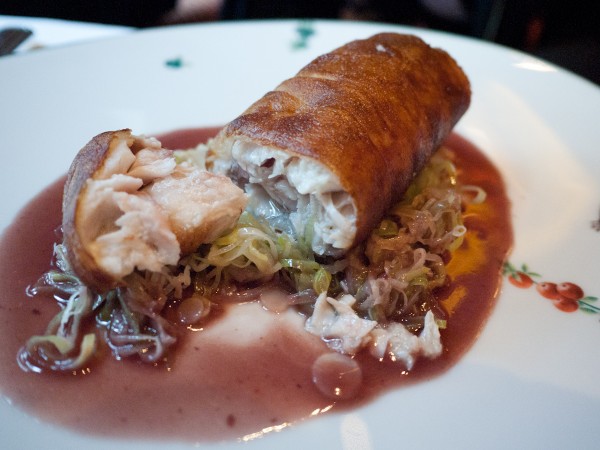 Paupiette of sea bass – wrapped with potato, leek fondue and pinot noir reduction.  This is the chef’s favorite dish, with the potato crust crispy on the outside and the fish still juicy on the inside. 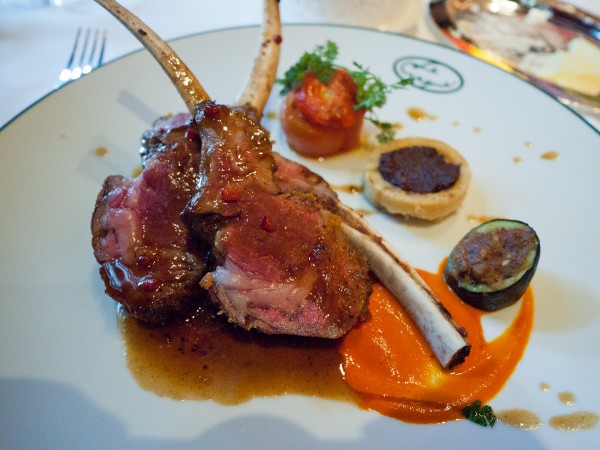 Crusted Colorado Lamb Chop – A very interesting dish, the lamb chop has a very crispy crust on the outside; although I feel the meat itself was a little undercooked. 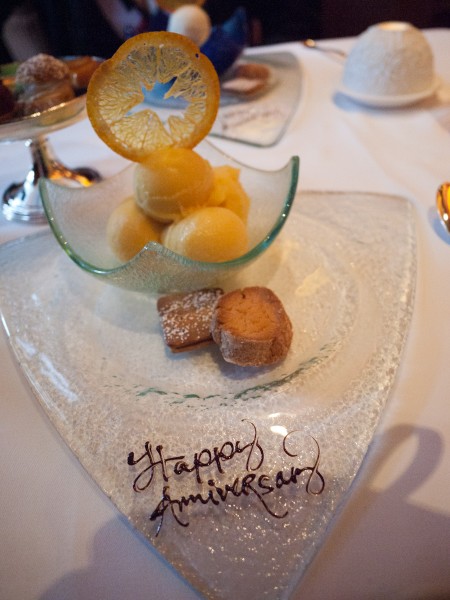 Mango Gelato for me. 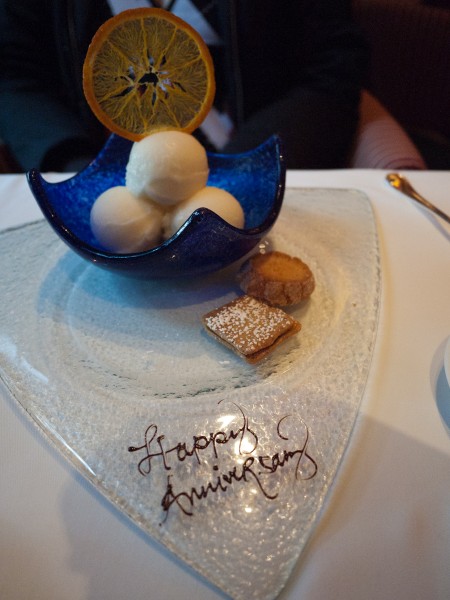 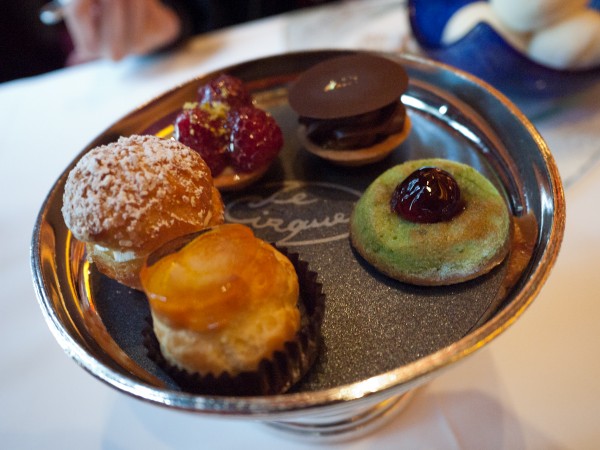 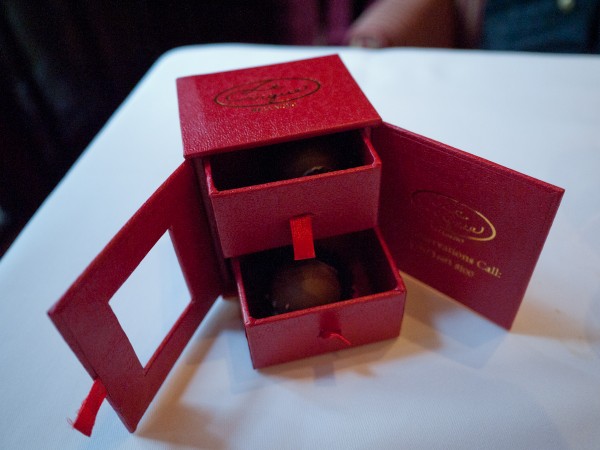 Complimentary chocolate for our anniversary.