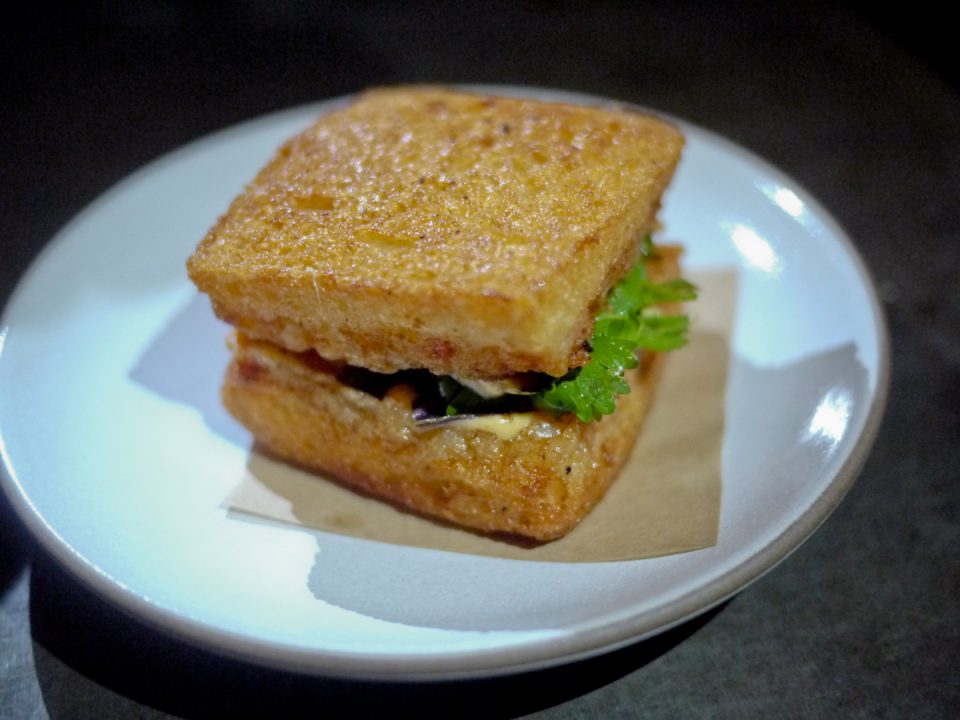 Son of a Gun is a very interesting restaurant name as many would think. And the story doesn’t stop there, this restaurant is actually owned by The Dirty Chicken Inc, the founders are the two chefs from The Animal, just few blocks away. However, Son of a Gun is a seafood restaurant and nothing much to do with chickens (or dirty chickens as you may wonder), though they still serve one and only one chicken dish (details and pic shown below).

New restaurants are always hard to book, Son of a Gun was no exception.  Just like The Animal, this place has no online RSVP, no Opentable; I had to call them 3 weeks ahead to secure an evening dining time slot.  In most cases, its hostess will probably offer you the seatings at 10 or even 11PM!!  I continually asked her for an alternative date until she got annoyed and offered to squeeze us in at 730 then.  It worked at both restaurants. =P 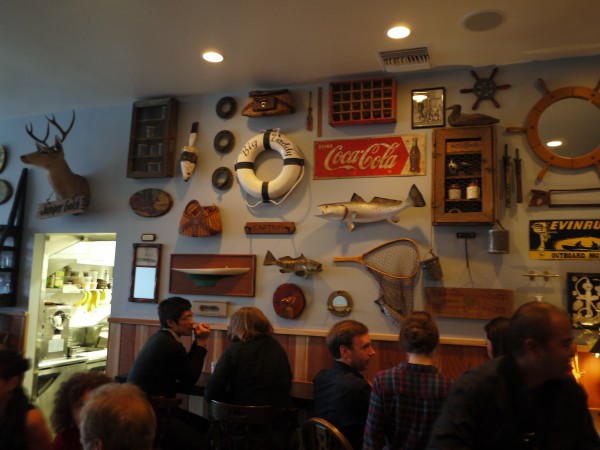 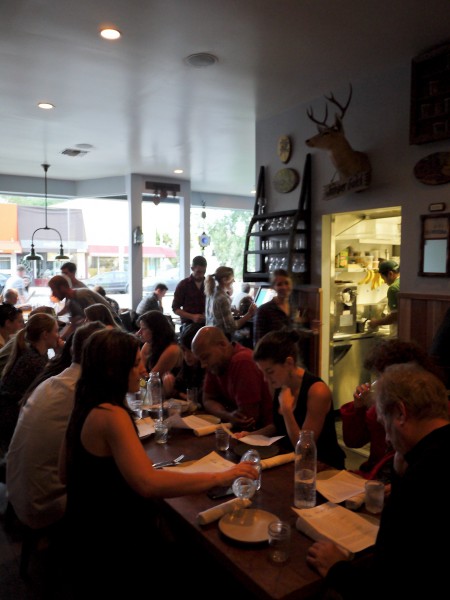 The long bench is for walk in customers and as expected, this place is packed. 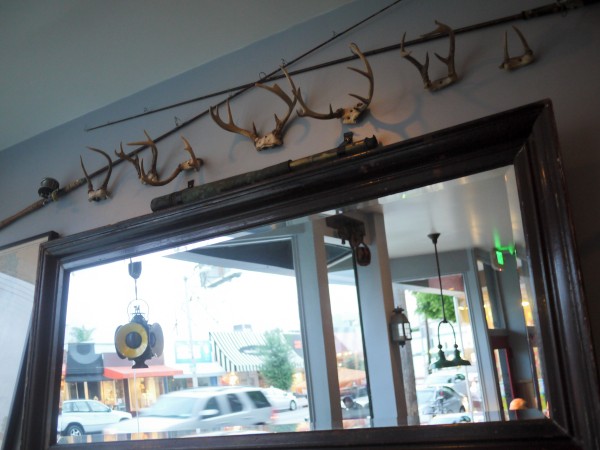 This is by the main dining area. 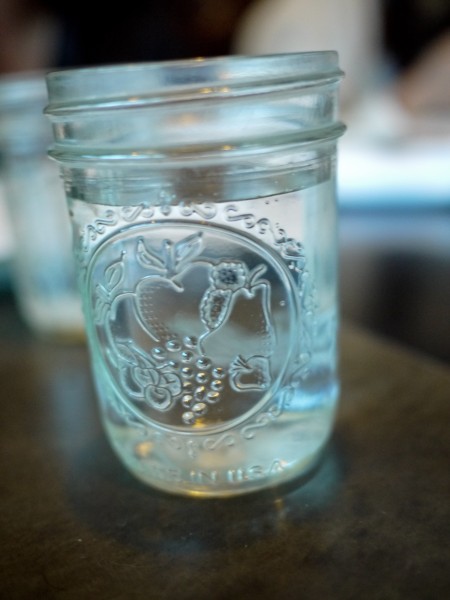 They charge you 4cents each for still or sparkling water. 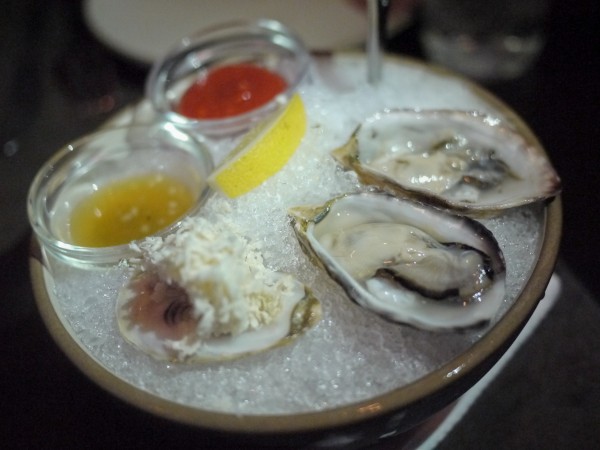 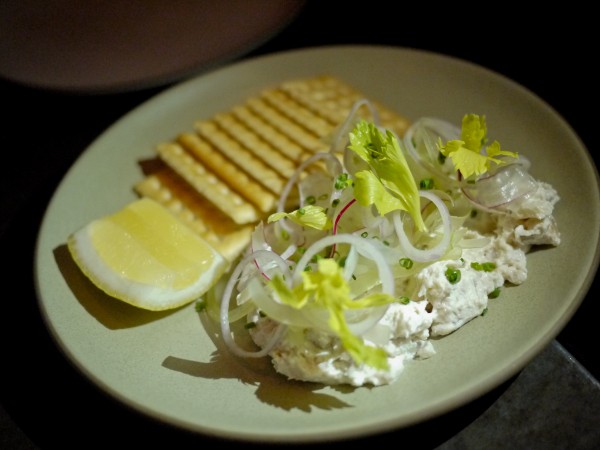 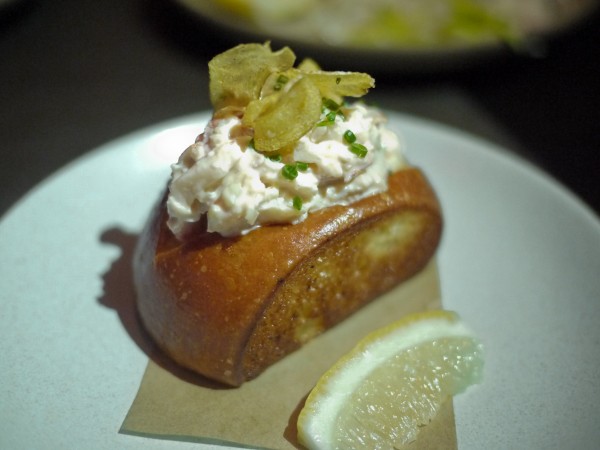 By the name of the dish, we were actually expecting something more like a Japanese roll, but that was not the case as you can see in the picture.

You probably think it seems quite expensive for such little lobster spread on top of the roll, but you will be surprised when you see the below picture. 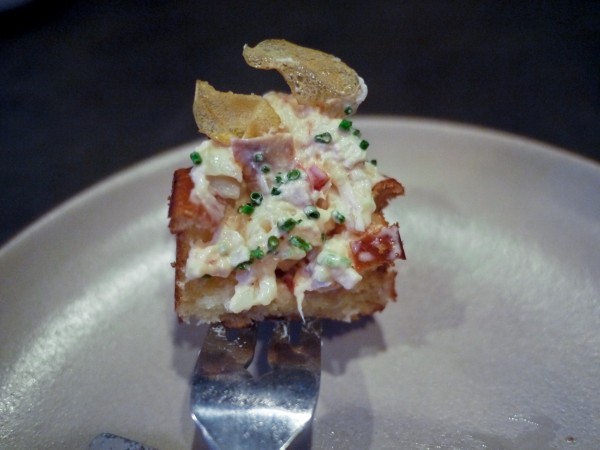 It’s fully stuffed with lobster meat inside.  This was my favorite dish of the whole night, although it’s a bit oily. 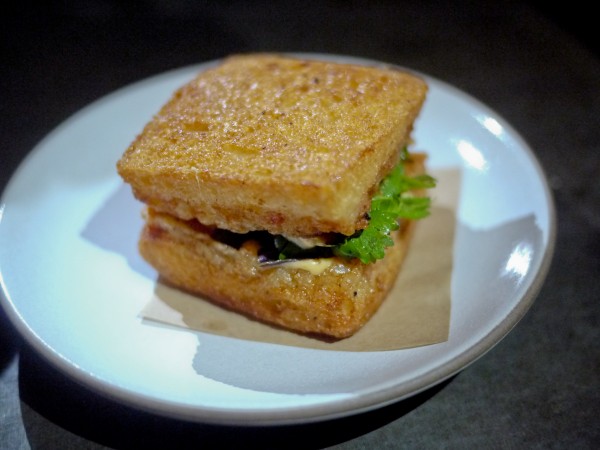 Another signature item of Son of a Gun and highly recommended by our waitress.  Again, a little oily. 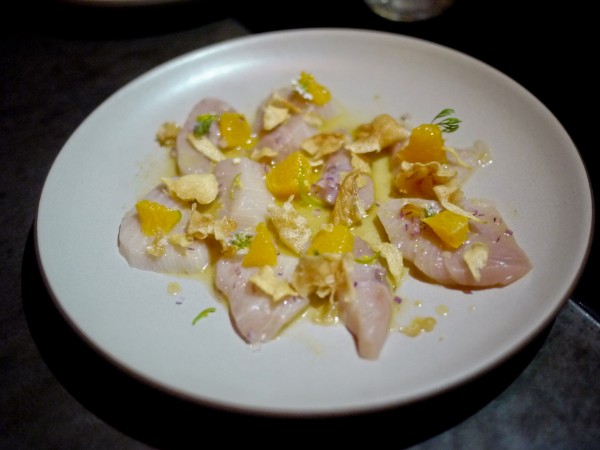 Fish seems fresh, but the sauce overpowered the taste of the fish.  A little salty, sour, and a tinge of spiciness if you taste the “right” spot. 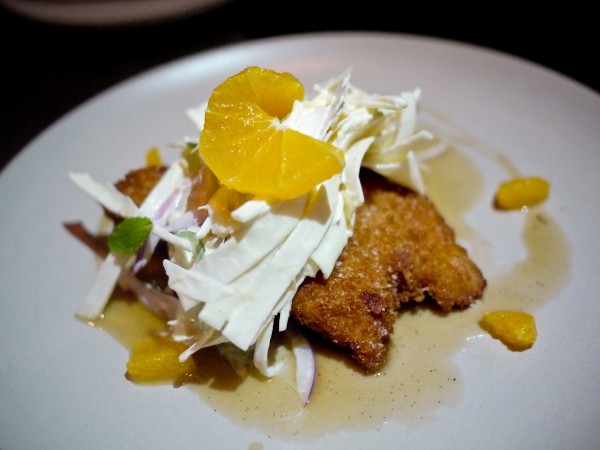 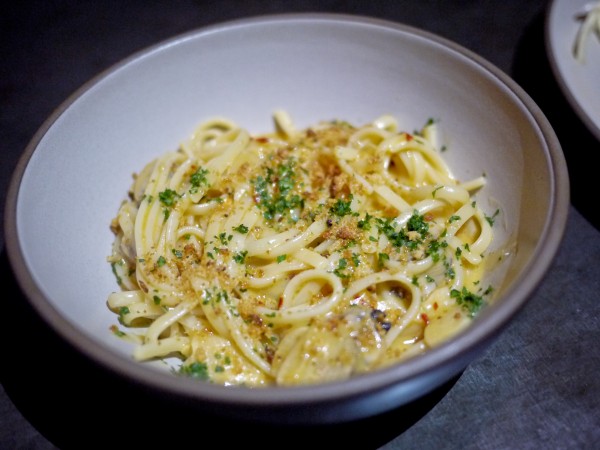 A disappointing dish, as it was way too sour (seems like a theme with the chef) 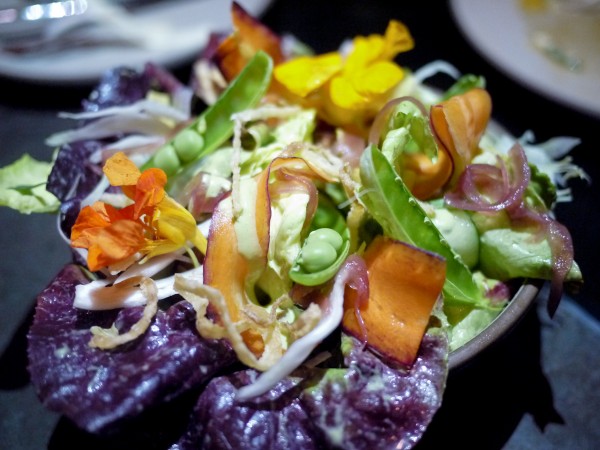 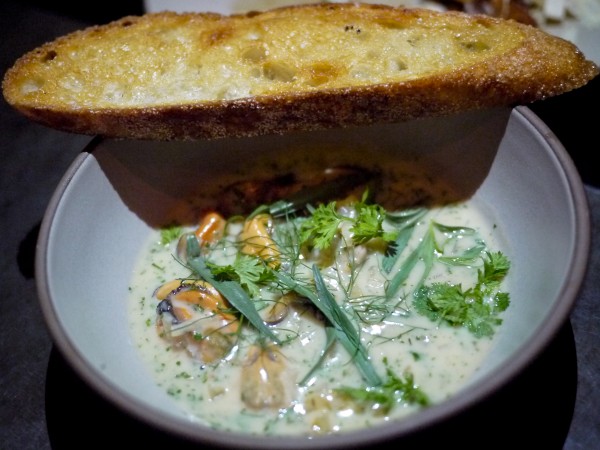 Not bad, again if it cut down a little on the tartness it would taste better. 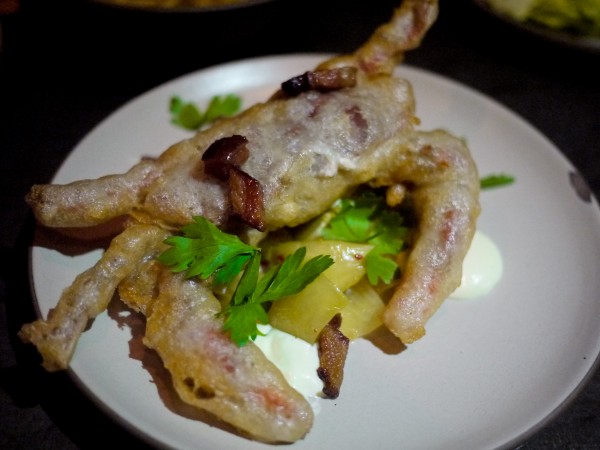 A little too soft for everyone.  However, the wifey did enjoy this dish because it got away from the sour theme and had a sweet seafood touch to it. 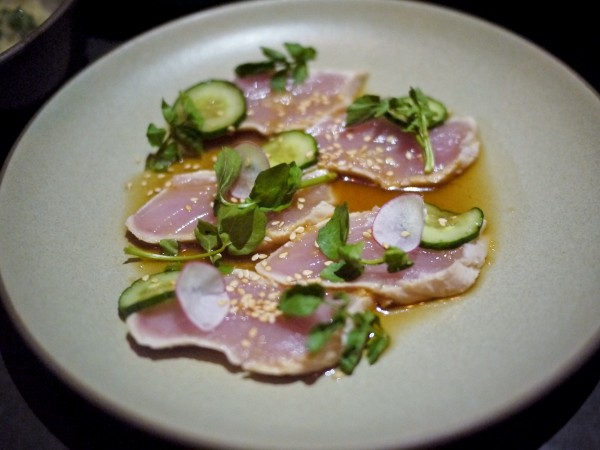 This dish was acceptable because it was fresh and passed the tart test. 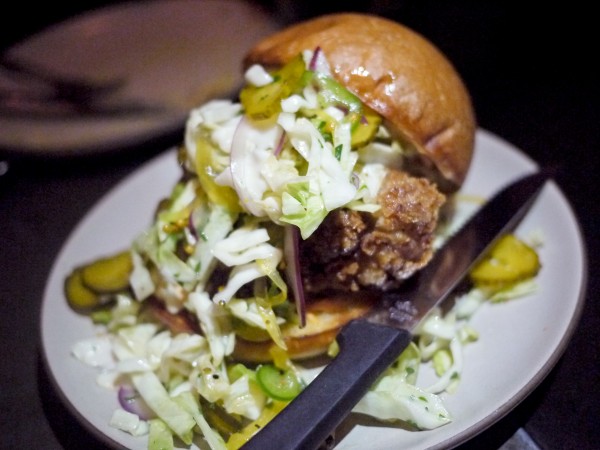 We were all full at the end of the day.  Benny and I finished it up! 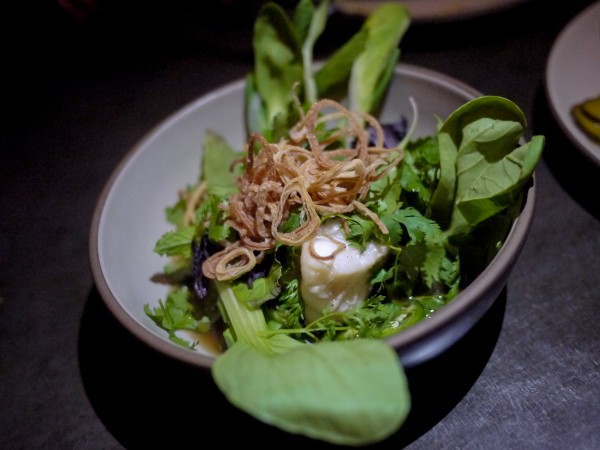 Cod was tasty, but don’t try to drink the soup.  It’s too salty. 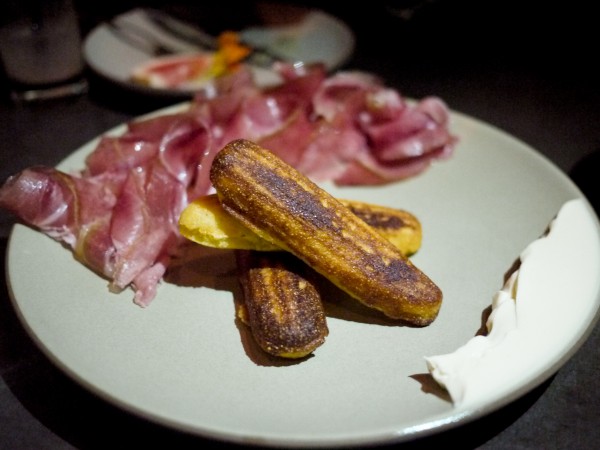 The ham was too salty but the cornbread was good. 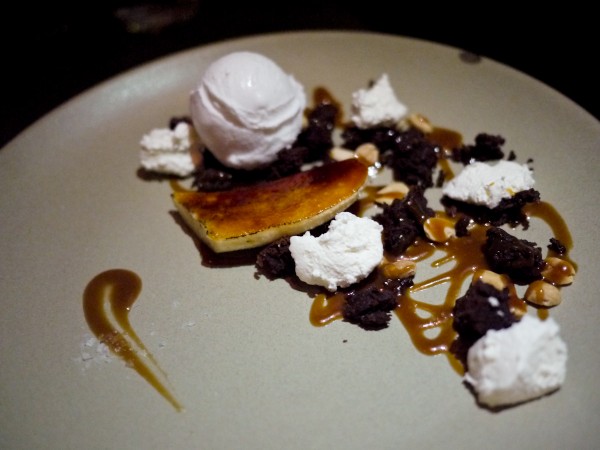 The flourless chocolate cake wad delish!  But since it made up of only about 10% of the dessert, it was disappointing. 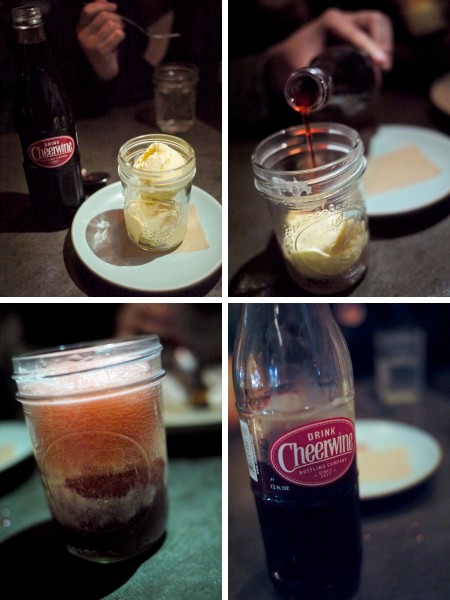 It tastes like coughing syrup with Ice cream, although ToORiMa likes it so much and finished up the whole bottle of soda. 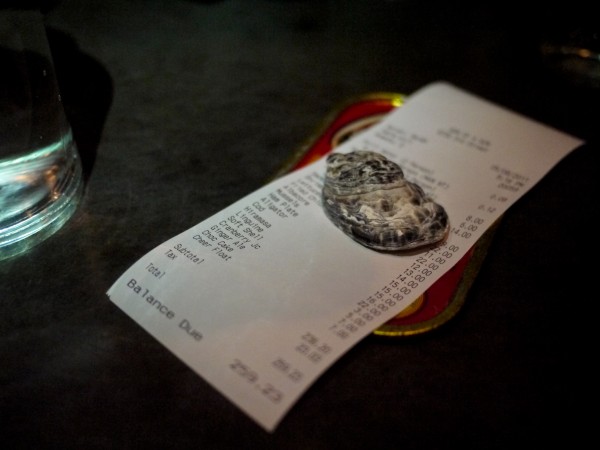