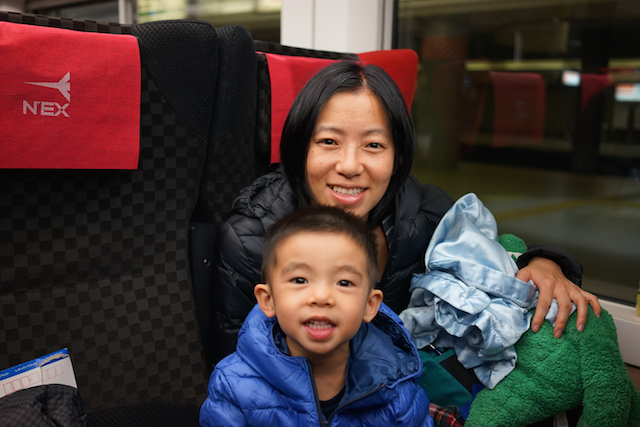 LAX has finally “caught up” with other international airports like Taiwan where there is a play area for kids. 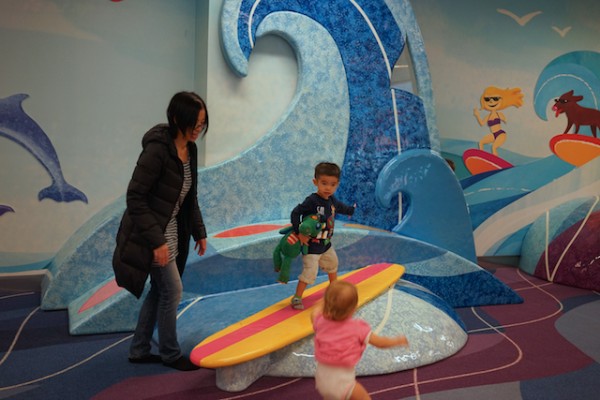 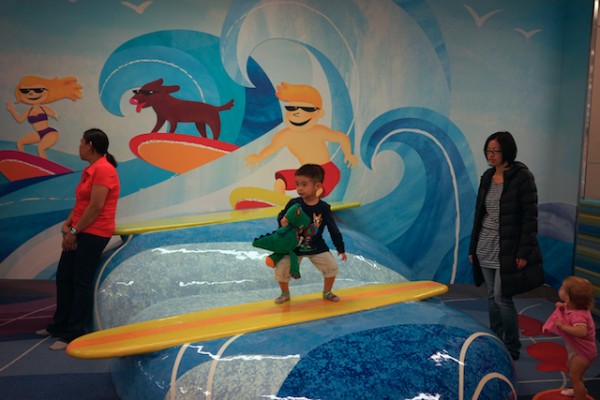 And having tons of fun! 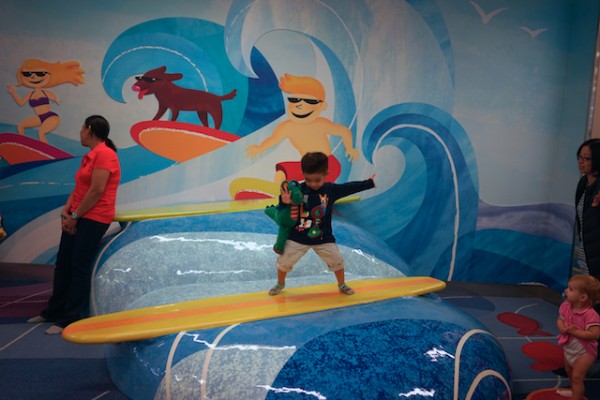 He did not want to leave. 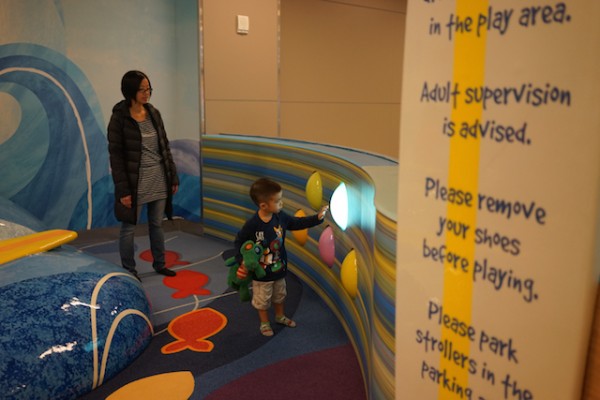 Great place to hang out before checking in. 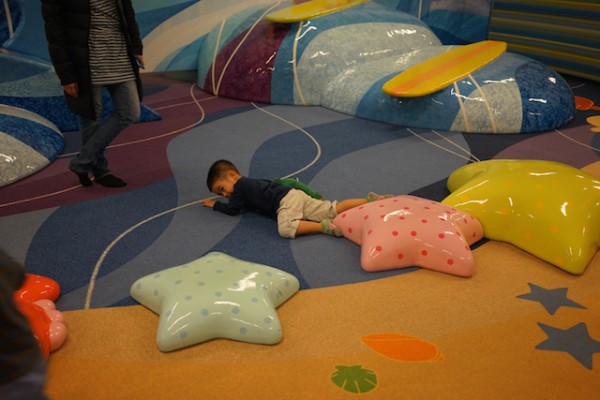 Aiden even wanted to play with another little boy. 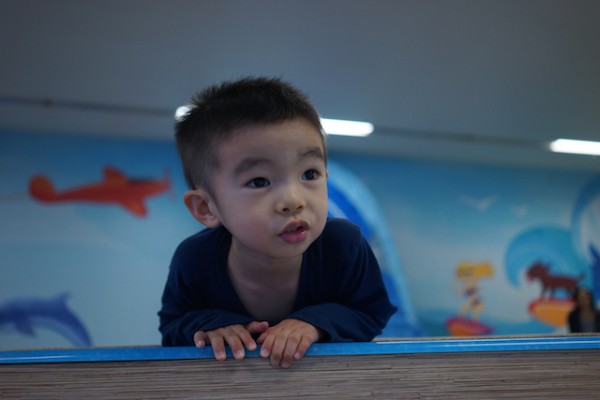 He kept putting his dino down so we played a little trick on him, and he’s asking Daddie where Dino went. 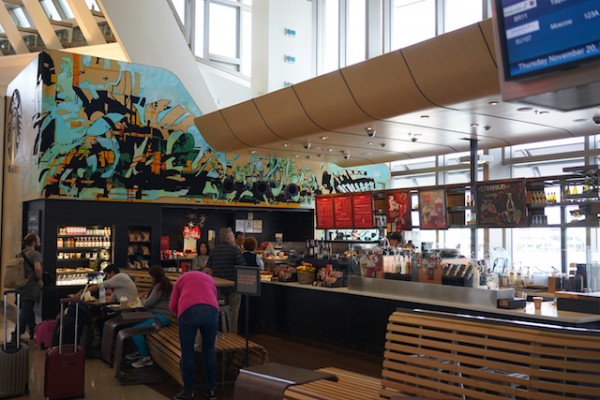 No wine here until night time. 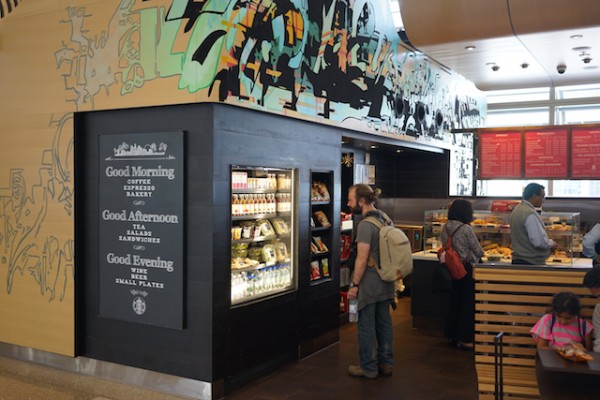 So Daddie skipped the drinks. 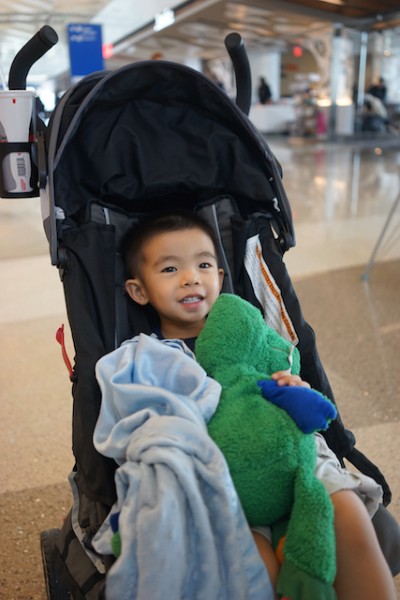 Now time for some excitement! 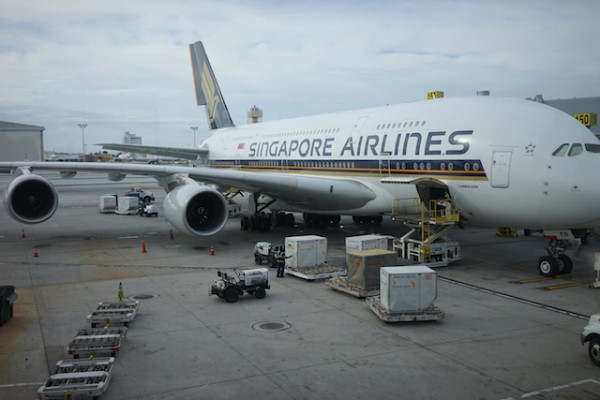 Our plane. – Airbus A380… Daddie said it’s much better than those Boeing 777; especially it is much smoother during take off and landing. 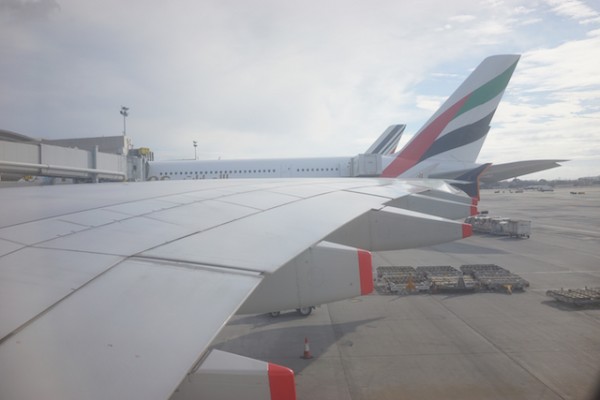 3 seats and 4 passengers including Dino. 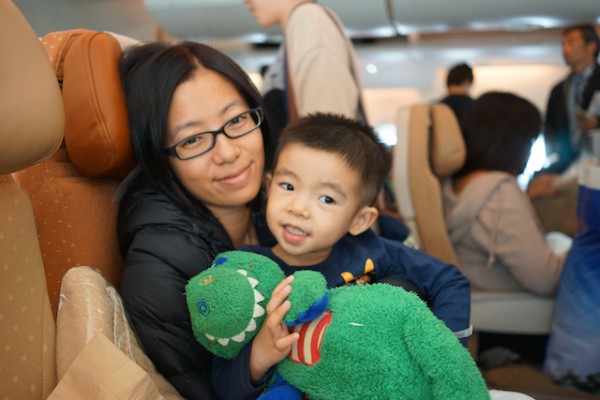 Aiden did not want to leave him home alone. 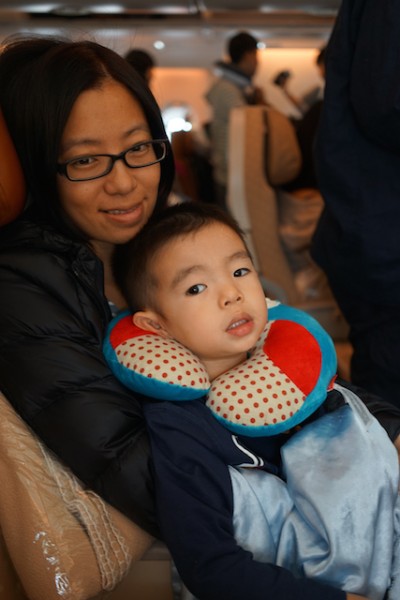 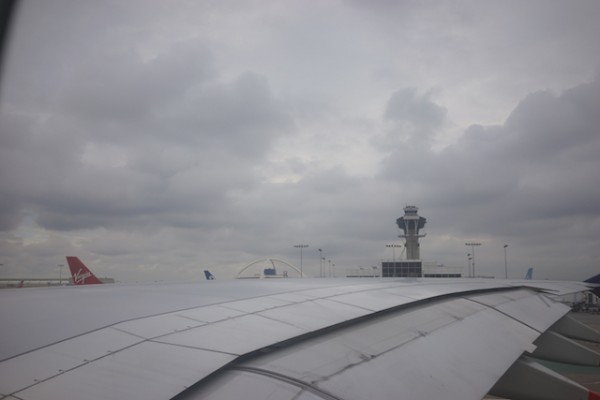 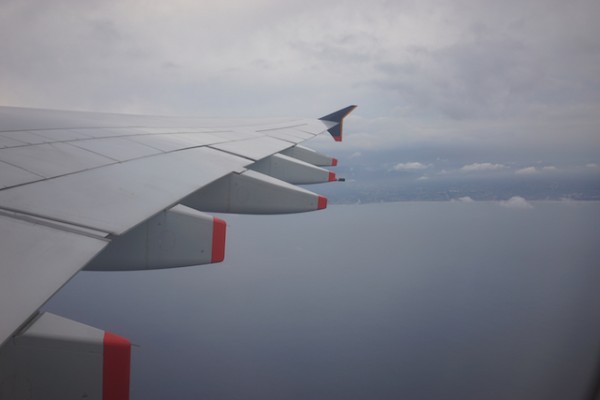 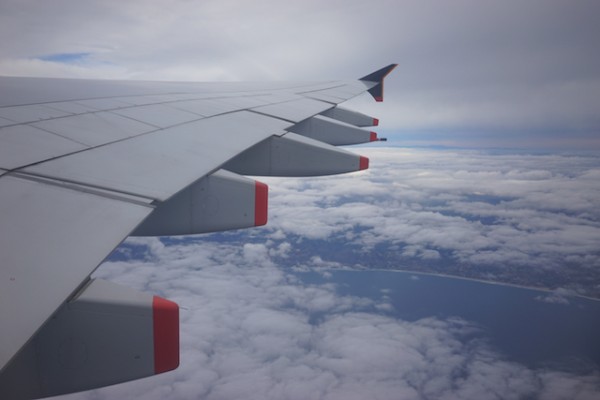 Aiden fell asleep not too long after. 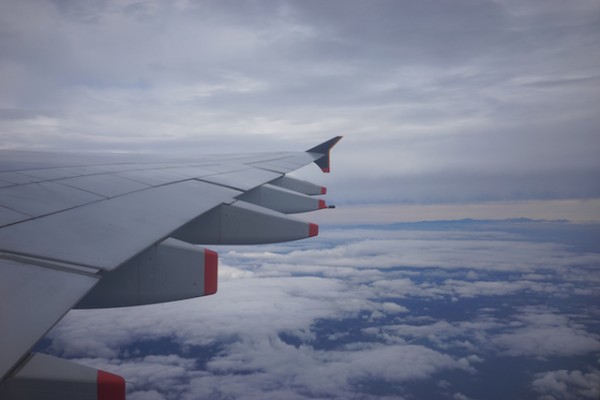 But only for a few hours 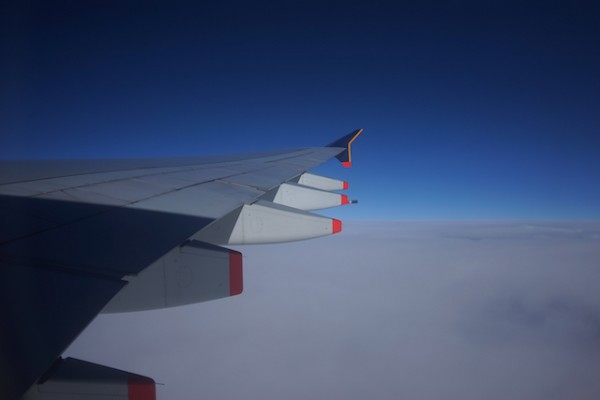 Mommie barely got any shut eye because Mommie was on Aiden watch to make sure he was okay. 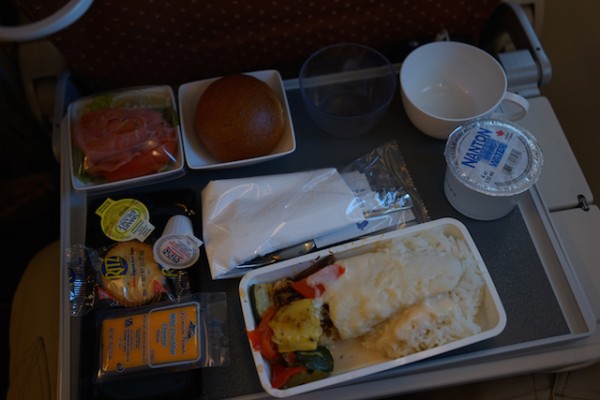 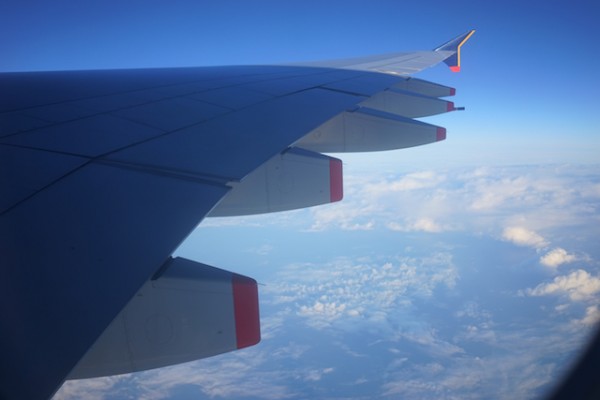 They misplaced Aiden’s child’s meal after he fell asleep. 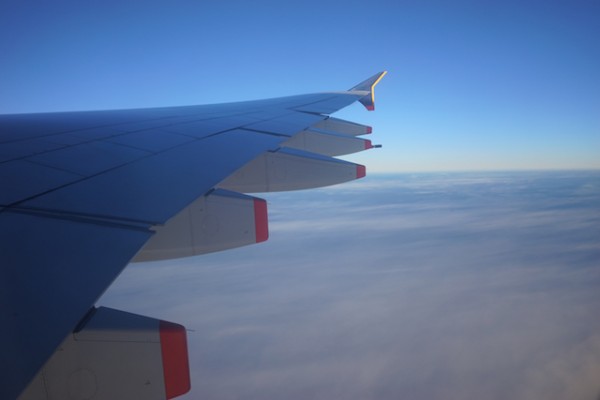 They probably gave it to some other kid whose order was not placed. 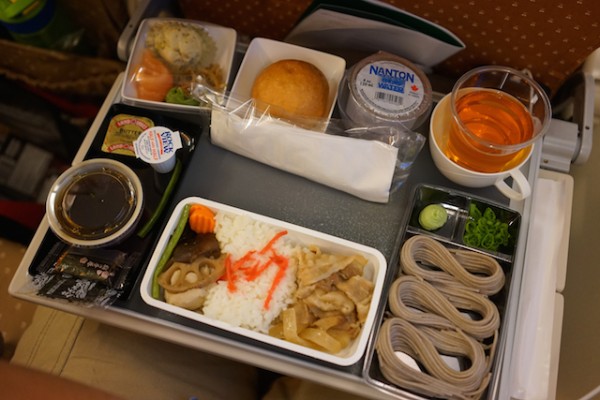 Daddies’ Japanese meal, which they call the international meal. 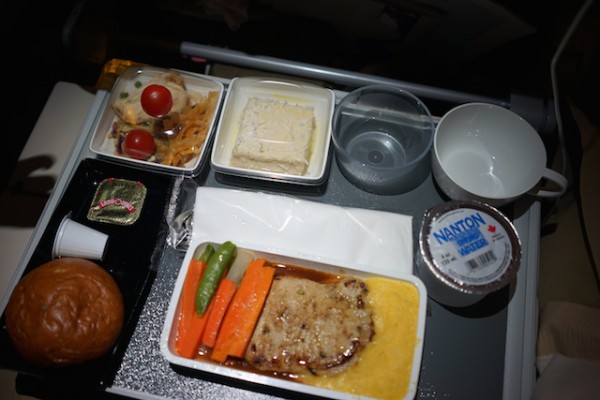 Daddie pre-ordered the wifi hot spot before we left, and we just need to pick it up from the airport post office. 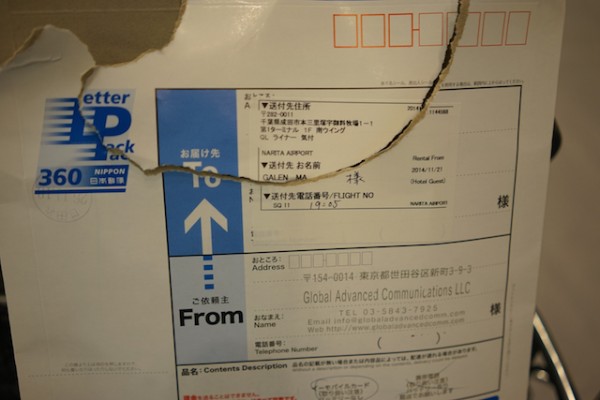 We are riding the train to our hotel.  Narita Express train to Tokyo Station, 1hr 15 mins ride for 1500 yen, they had 50% promotion for tourist. 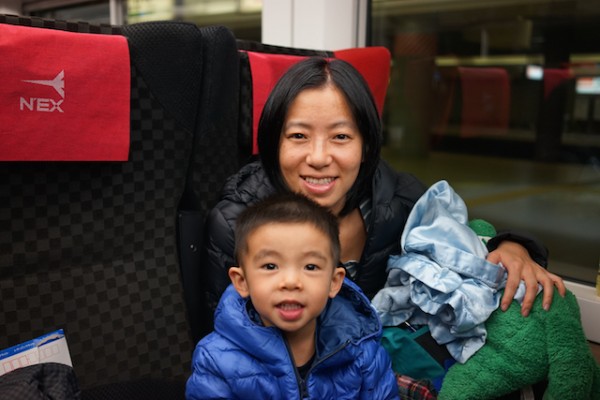 We also bought Suica cards which is Japan version of 八達通 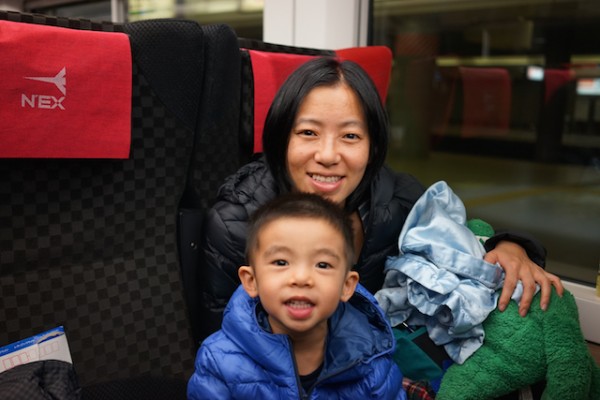 That is so much more convenient, and in some places they charge you less when you use the Suica card. 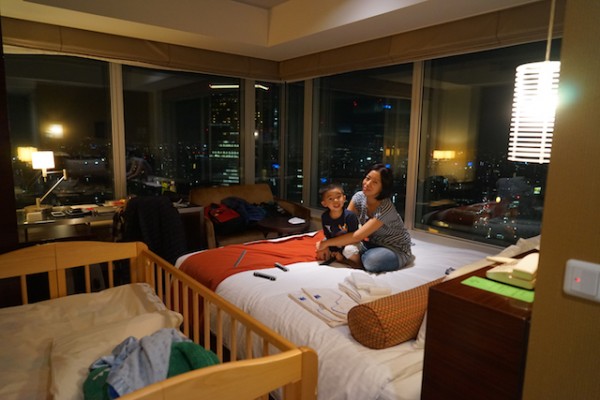 Our small small corner-room – but very thankful for a comfortable, firm bed and pillows that isn’t overly soft – no aches and pains. 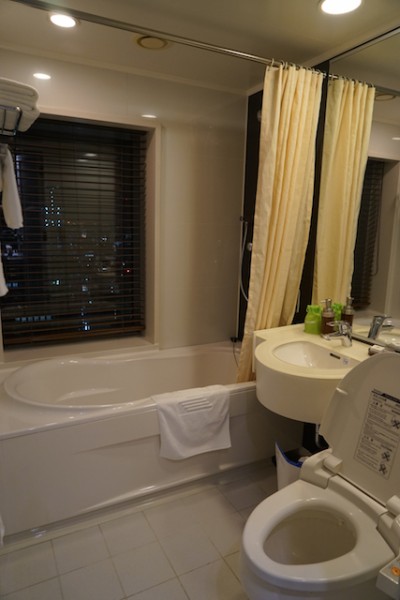 Our bathroom with a heated toilet seat… and that was the end of Day1.