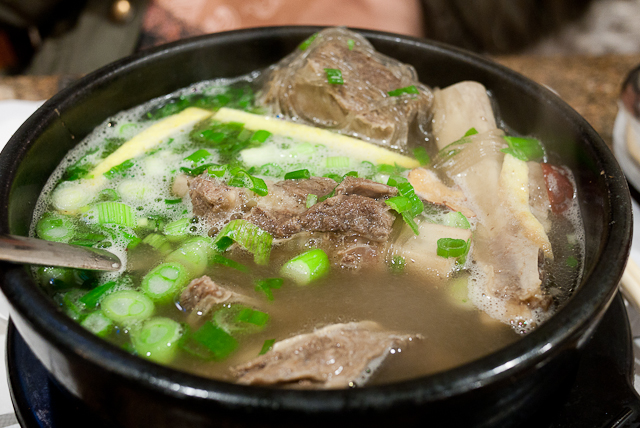 Walking into the Doctor’s office, I really didn’t know what to expect.   We’ve both been wondering how much Little Aiden weighs now. Although Aiden has gained weight, Mommy again has lost weight.  In 2 weeks he’s jumped from 5 lbs 1 oz to 5 lbs 14 oz.  I’m glad he didn’t reach the 6 lb mark just yet (at least based on the machine.)!  His thighs measured around 34 weeks, but his belly is at 36 weeks! Wow, he loves to eat just as much as his Mommy and Daddy!   And Mommy.. Mommy is back down to 124.7 lbs.  1.6 lb drop in weight.  But Dr. Han wasn’t worried about that, after all, this is a totally different diet than before, which consisted of way more starch and other unhealthy snacks/foods than now.

After the Doctor’s, we did more shopping, lunch, and more shopping.. but we left something at the store and forgot to take it with us. 🙁  Luckily it was very cheap. The kitchen area is about half the size of their restaurant, I think. I thought the wait would be super long so I started looking at the menu (yes, that’s all they had).  We didn’t wait long though and were seated in less than 5 minutes.  Their service was quick and efficient!  I also thought they were pretty observative, as with my jacket on I think they could still tell I was pregnant.  When they brought our waters, Galen had a tall cold glass and they gave me warm water.  I didn’t even ask for it.  I looked at the table next to us and the couple both had cold water.  It was also nice that they gave us a bigger table instead of a two-seater, so 2 thumbs up so far for the service.

There’s a cover for their spoon, which I know is for advertising purposes but it does seem more sanitary that something is covering up the spoon 🙂 Then there’s the rice that I can’t touch! They’ve got condiments on the table for you, Though I only took a bite of their kim chi, but I really liked it.  I want to come back for that!  I thought it was spicy but Galen didn’t think so… This plate of Kim Chi was barely touched by the end of the night!  What a waste! The only other side dish I was they had was salad.  Oh well!

But this is what they are known for, their beef rib soup!  Yum!  But again I couldn’t touch the vermicilli.  At night starches are a no-no for me! We also had their beef tendon soup, which Galen really liked because it didn’t have lots of pepper like the beef rib stew and it was very 清甜. This sauce was for his pork cutlet. He said they fried it very well!  He said 炸得夠鬆脆. I didn’t take a bite this time, there will be a next time after all! There’s a couple of more items that we want to try later on, when I don’t have so many restrictions!  While we were eating, the waiting area was very crowded!  The smart thing to do, is arrive no later than 6 pm or expect a long wait time!